Priority to be given to vehicle-mounted controllers, smart computing chips

China's top industry regulator said on Monday that it is working hard to help develop a homegrown smart computing platform for autonomous driving, with a focus on cultivating competitive chip makers and car-control operating system developers. 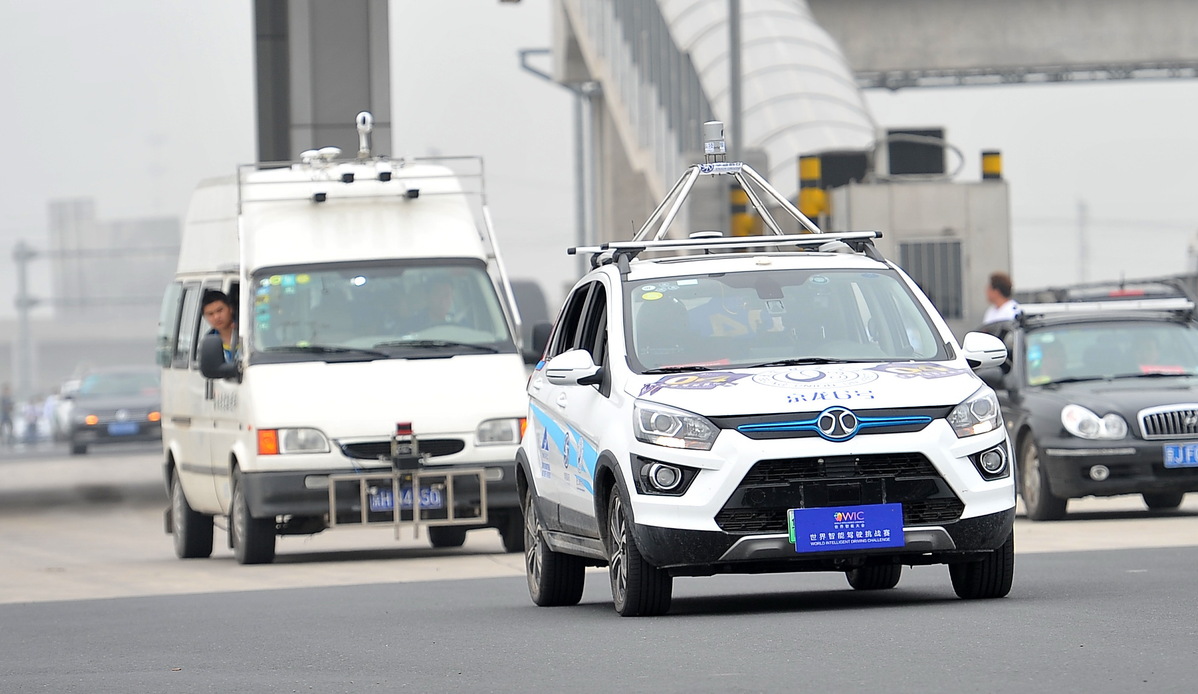 Yang Xudong, an official at the Ministry of Industry and Information Technology, said the ministry aims to help build an open, safe and reliable next-generation automotive computing platform, or "the brain", for internet-connected vehicles, by learning from what ARM has done in fostering an open smartphone ecosystem globally.

ARM is an architecture for computer processors. It has been developed by British company Arm Holdings and is widely used in smartphones and tablet computers.

"We are working hard to draft an architecture for China's smart automotive computing platform, by specifying demands, functions, transport protocols, and other areas," Yang said.

According to him, chips and operating systems are the keys to supporting such an automotive computing platform, which can help the country reduce its reliance on certain types of foreign products.

"Priority will be given to developing vehicle-mounted controllers, smart computing chips and communication chips. Semiconductors that can help better manage batteries and enable electronic control are also high on the agenda to help fuel the development of new energy vehicles," Yang said.

Efforts will also be made to establish a national innovation center for the smart automotive operating system, and to encourage leading enterprises to form an alliance in the hope of developing and promoting a competitive indigenous car-control operating system, Yang added.

Currently, the market for automotive micro controller units is dominated by foreign companies, including NXP Semiconductors and Infineon Technologies AG which account for 14 percent and 11 percent of the global market respectively, data from the ministry show. Foreign players including Vector also dominate the market for automotive embedded systems.

"Although domestic companies had made some progress in the above two areas, the gap with their foreign counterparts is still wide," Yang added.

Li Keqiang, a transportation professor at Tsinghua University, said the smart computing platform, as the brain of an internet-connected car, can recognize pedestrians, roads and obstacles in real time and make effective decisions. It is the core of driverless technology.

"China needs to have its own architecture for a next-generation automotive computing platform which complies with China's infrastructure, transportation, vehicle-to-vehicle communication standards," Li said.

On Monday, the ministry also said it is drafting a three-year plan to achieve a breakthrough in core homegrown electronics parts, including crucial silicon material, high-end chips and premium displays.

It is also planning to set up national innovation centers for semiconductor material and equipment manufacturing, as part of its broader push to promote the healthy development of China's electronics industry, the ministry added.