Chinese millennial consumers — people born between 1982 and 2000 — are taking a shine to diamond-studded jewelry. 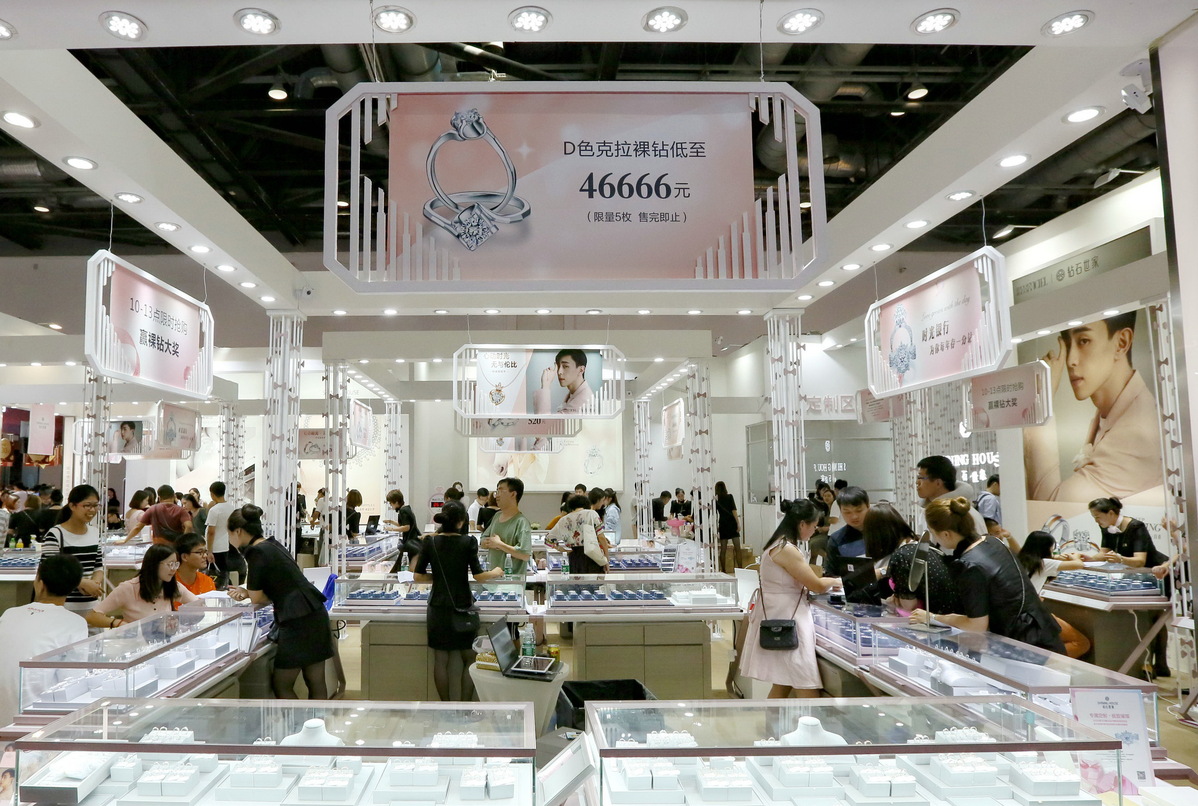 The notion of eternal love endowed with diamond rings is being gradually recognized by young Chinese, and more international luxury jewelry retailers are banking on China for their future growth, market insiders said.

Diamond-studded jewelry is being increasingly used to commemorate wedding anniversaries in China. The previous trend was to buy pure-gold jewelry.

The market share of gold ornaments had dropped to 18.4 percent last year from 28.1 percent in 2011, offering growth potential for diamond trade, according to market research provider LeadLeo Research Institute.

"Diamond jewelry is expensive and people buy it less frequently. They usually purchase after careful consideration. So, only renowned brands and top-quality diamonds with beautiful designs are more sought after by consumers," said Li Zheng, research manager at Lead-Leo.

"Young Chinese consumers have become the backbone of diamond jewelry trade, and social media is an important channel for them to get related information, so it's critical for diamond brands to raise their popularity and reputation through social media platforms," he said.

Tiffany & Co, a New York-based luxury jewelry retailer with more than 320 stores globally, said Asia is a vital market that has driven the growth of the company in recent years. It can help to offset the declining sales in North America, where the United States still remains its largest market.

In a conference call with analysts after releasing its second-quarter earnings, the company said that it will speed up its investments in China in the second half of this year. It will upgrade its flagship store in Shanghai, and put more efforts in developing its official e-commerce platforms. The aim is to tap more consumers from smaller cities that do not have physical stores.

Besides, Tiffany said it plans to open its first store in New Delhi, the capital of India, later this year. The Indian market has been traditionally dominated by gold jewelry.

In 2020, Tiffany plans to open another store in Mumbai. The surging number of middle-income Indians as well as young wealthy Indians is, in Tiffany's view, a pointer to potential growth in demand for diamond and other jewelry categories.

In 2018, sales of diamond jewelry reached 85 billion yuan ($11.9 billion) in China, with an annual compound growth rate of 10.4 percent in the past five years. In the next five years, the sector is foreseen growing continuously, pushing sales to over 130 billion yuan by 2023, according to LeadLeo.

Diamond jewelry is bought not only to make gifts but to wear, and the latter's number is rising every year. Some young consumers tend to buy more than two diamond ornaments to match different outfits and occasions, the consultancy noted.