It it difficult to know how to spend the several free minutes you have before a movie starts, or that half hour  wait until your favorite restaurant has a free table, but mini karaoke (KTV) is now a favorite way to fill the time in China.

In a sound-proofed private space of less than 2 square meters, mini KTVs are providing a new form of entertainment. 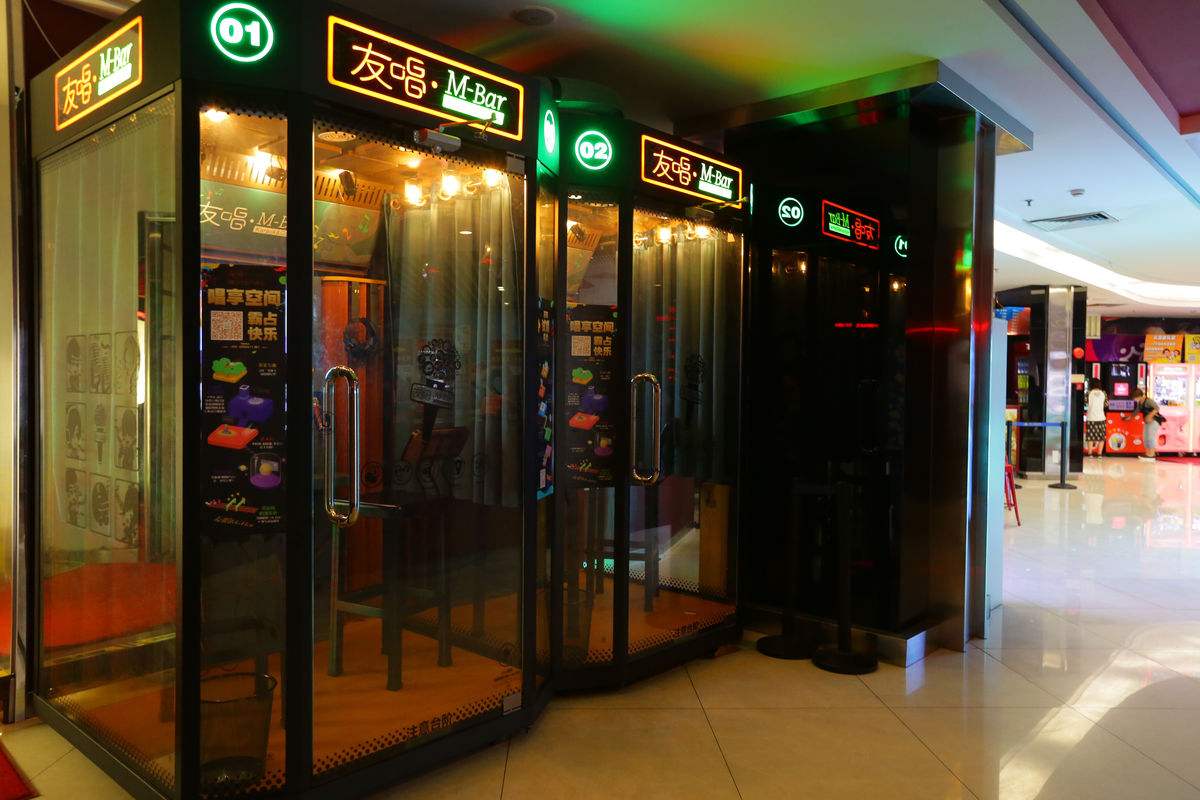 From logging on to making payment, everything can be done by scanning a QR code with a mobile phone.

Unlike traditional karaoke, which spread to China from Japan in the 1990s, the new mini KTVs enable consumers to record their singing, upload it to the Internet to share on social media, and earn "likes" from friends.

"In the past, hosting a party in a KTV meant you had to invite a lot of people, set up a date when everybody was free and book a room, which was not so easy," said Ma Yan, a music fan. "But with mini KTV booths, everything is easy."

"I usually use mini KTVs on weekends when I am shopping or waiting for a movie. The atmosphere in the booth makes me relaxed and I enjoy the whole process of singing," said Zhang Weijie, a music fan from Beijing.

As the traditional KTV industry has slowed down from its fast expansion in previous years, mini KTVs and mobile online KTVs are gaining popularity quickly as they are convenient to use, connect with the Internet and cost less.

Most mini KTVs support mobile payment like Alipay and WeChat Wallet, while costs are much lower than in traditional KTVs. The longer one sings, the lower the cost per minute.

"Usually I play it for about 30 minutes to 1 hour each time, with costs ranging from 30 to 60 yuan (about 4.5 to 9 U.S. dollars) per half hour," Zhang said. "It's common for people to queue in rush hours like the afternoon on weekends, but the waiting time is shorter than in traditional KTVs."

According to research company iiMedia, the value of the mini KTV market in China will hit 3.18 billion yuan this year, almost twice as much as last year. And the market is expected to double again in 2018.

KTV currently ranks third in terms of daily entertainment consumption among young people, after cinemas and shopping malls, according to a survey by the Qianzhan Industry Research Institute (QIRI).

However, given the sector has already entered a mature phase, and Internet-connected KTV, mobile KTV and customized KTV will be the direction of future development, according to a QIRI analyst.

As one of China's biggest online singing platforms, WeSing has attracted nearly 460 million registered users, with daily users reaching 45 million on average since its launch in 2014.

"To occupy more music markets and compete with peers, WeSing needs to activate the enthusiasm and creativity of users," said Hou Deyang, vice chairman of Tencent Music Entertainment Group. "Extending the application of music products to more scenarios is part of the key work of WeSing this year."

The market growth of mini KTVs has also attracted attention from investors.

WeSing teamed up with mini KTV brand U-sing in February. Under the cooperation agreement, U-sing users can upload their songs to the WeSing platform, where they can listen and share with others.

The number of U-sing machines has increased significantly in less than a year, with more than 5,000 units running in 140 cities in 29 provincial regions across the country, giving it over 70 percent of domestic market share.

"Joining hands with WeSing is a new practice, which will help integrate users from both sides," said Luo Anwu, from U-sing.

In the same month, Changba, another major market player, announced that it would invest in MedaminiK, a mini KTV brand owned by Aimyunion Technology, a Guangzhou-based company.

"Integration of online singing platforms and mini KTVs not only satisfies diversified singing demand among consumers, but also helps  enhance loyalty of the apps' existing users and attracts others, thereby  promoting their profits," according to an analyst.

The company signed deals with major cinema operators, including Wanda Cinema, UME International Cineplex and Poly International Cinema, and is expected to provide more than 7,000 mini KTV booths called "WOW Mini KTV" in cinemas by the end of 2017, it said.

"In the future, integration of technology and music industry will spur the production of high quality musical works and innovation of the business mode, which will also help China to be one of the major powers in the global musician sector," said Zhao Zhian, a professor at the Communication University of China.

China's music industry saw year-on-year growth of 7.8 percent in output value in 2016, exceeding 325 billion yuan, while Internet music users surged to 500 million, according to a report by the China Audio-Video and Digital Publishing Association.