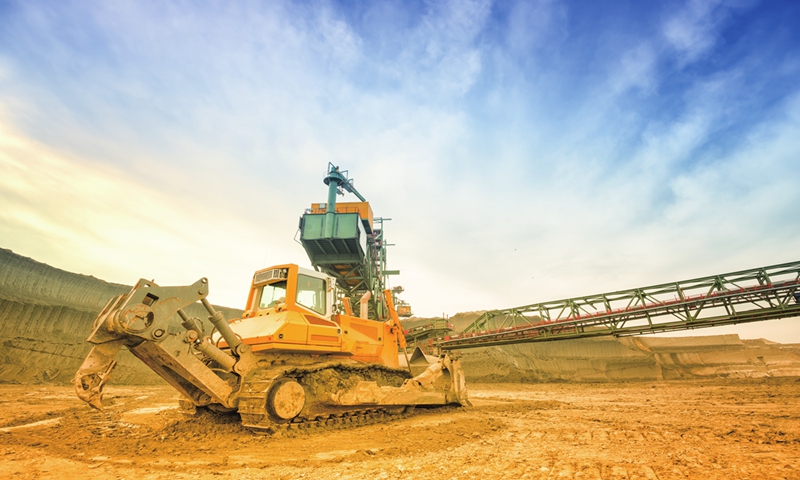 Mining companies seeking to accelerate exploration of scarce critical minerals are set to lead capital raisings in Canada this year, the chief executive officer of the Toronto Stock Exchange said, as sectors such as technology take a back seat amid market volatility.

A big source of capital for the critical minerals sector this year is coming from large corporations like BHP Ltd and Rio Tinto, which are throwing their weight behind junior miners to help expedite exploration projects.

Junior miners are encouraged by the Canadian government's plan, announced in this year's budget, to allocate C$4 billion ($3.1 billion) to critical minerals.

"I do think we are going to see a bit of a renaissance in mining that we haven't seen in years, just given what's happening with global demand, supply," Toronto Stock Exchange (TSX) CEO Loui Anastasopoulos told Reuters, pointing to the focus on investments in critical minerals.

The raising of capital on the TSX by mining companies will bolster Canada's prospects of developing its vast deposits of critical minerals, including cobalt, lithium, nickel and copper, which are key to achieving the transition away from carbon-based energy. It could also help reduce the reliance on China for critical minerals. The Asian economic superpower is home to about 50 percent of the global critical minerals deposits.

So far this year, mining companies listed in Canada have raised C$3.1 billion, accounting for 25 percent of the total capital raised on the TSX and the TSX Venture Exchange (TSXV), compared to 18 percent in the same period last year, TSX data shows, while overall raising of funds has dropped by about 54 percent. Last year, technology companies led the way among equity sectors with C$13.8 billion in funds raised, followed by mining at C$10 billion and financial services at C$6.9 billion.

The TSX is betting that mining companies looking to add critical minerals to their portfolio will help make up for some of the shortfall in capital raisings this year.

Calgary-based Lithium Chile and Toronto-based Northern Graphite Corporation lead capital raising in 2022 with a total of C$51 million through private placements. Anastasopoulos said at least six more mining companies are expected to list on the TSX this year.

Investment bankers also expect the trend of large mining companies injecting capital into junior miners to continue after BHP and Rio Tinto announced their plans to invest in explorers.

In June, Rio Tinto agreed to pay C$10 million for a 10 percent stake in British Columbia-based Nano One Materials Corp, which is engaged in the production of cathode materials used in lithium batteries. In February, BHP bought a 5 percent stake in Vancouver-based copper-gold explorer Filo Mining for C$100 million.

Lauren Bermack, a partner and national deals mining leader at consulting firm PwC Canada, said when sentiment is down it becomes difficult to raise capital in mining as compared to blue-chip companies.

But since the outlook for critical minerals is strong, investors with risk appetite are looking to invest in assets that are trading at reasonable prices, she added.

Anastasopoulos of the TSX also sees upbeat sentiment for the mining sector.

"We are cautiously optimistic ... but something quite interesting will happen in the mining space over the next 12 to 24 months," he said.