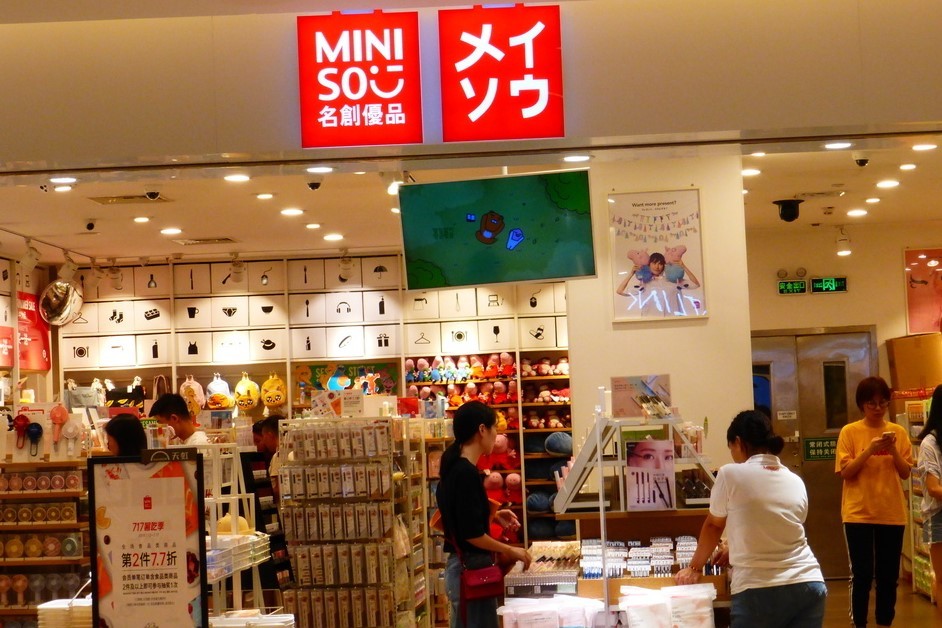 Miniso Group Holding, a leading discount retailer in China, filed for an initial public offering on Thursday to raise up to $100 million on the US stock market.

The company plans to list on the New York Stock Exchange under the ticker symbol "MNSO", with major outside shareholders HH SPR-XIV Holdings Limited and Tencent Holding Ltd, which own 5.4 percent of stock share each.

Goldman Sachs and BofA Securities are the joint bookrunners on the deal, according to its latest prospectus filed today.

Selling home decor, small electronics, accessories and cosmetics, Miniso has more than 4,200 stores across the globe as of June 30, including 129 it operates directly, around 2,500 in China and 1,680 overseas.