BUSINESS Minister calls for win-win economic ties with US

Minister calls for win-win economic ties with US 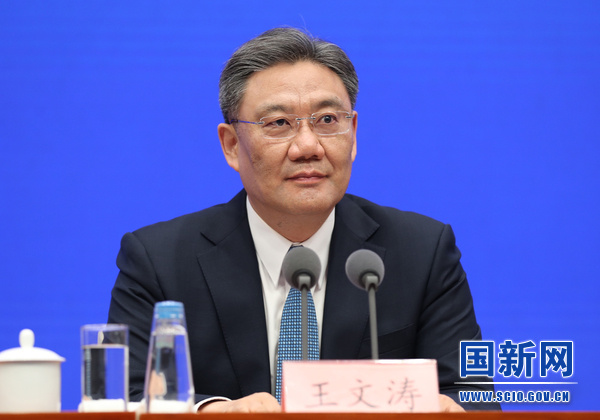 China is ready to strengthen economic and trade exchanges with the United States, and carry out cooperation on the basis of mutual respect, equality and mutual benefit, Minister of Commerce Wang Wentao said on Wednesday.

"In the next stage, I look forward to our joint efforts with colleagues in the US, in accordance with the recent phone call between the two leaders, to enhance communication and understanding, focus on cooperation, manage differences, and push bilateral economic and trade relations back to the track of cooperation," Wang said at a news conference.

Wang made the remarks after President Xi Jinping spoke by phone with his US counterpart Joe Biden earlier this month. The two presidents exchanged Chinese Lunar New Year greetings along with views on bilateral relations and major international and regional issues.

As the interests of the two countries are deeply integrated, the minister emphasized that China-US economic and trade ties should be mutually beneficial and cooperation is the only right choice.

Despite the impact of the COVID-19 pandemic on global trade in 2020, China-US trade grew last year. The bilateral goods trade volume amounted to 4.06 trillion yuan ($627.70 billion) last year, up 8.8 percent year-on-year and accounting for 12.6 percent of China's total imports and exports of goods in 2020, according to the General Administration of Customs.

China is the largest trading partner of the US, and bilateral trade and investment cooperation between the two sides has made positive contributions to their respective economies, said Wang, adding that this fully demonstrates their business cooperation is a positive driving force in bilateral relations and brings tangible benefits to both countries.

His view was shared by Nathan Stoner, vice-president of Cummins Inc, a US-based engine manufacturer. He said that the company's research and development facility, involving a total investment of $250 million, will become operational in Wuhan, Hubei province, by the end of this year.

China has continuously introduced new policies to optimize its business environment and the Chinese market has already become a powerful driver of the company's global performance, Stoner said.

The US company sold more than 670,000 engines in China last year, an increase of 24 percent year-on-year, the company's highest growth since it entered the Chinese market in 1975.

After China and the European Union completed negotiations on their investment agreement late last year, the two sides are carrying out a review of the text and translation of the agreement in accordance with established procedures, and are striving to sign it as soon as possible, said Wang, the commerce minister.

The high-level, balanced and mutually beneficial agreement will create investment opportunities for companies from both sides and build a better business environment, he said, stressing that the agreement is not only beneficial to China and the EU, but also conducive to the recovery and growth of the global economy.

While China is conducting active research on matters related to joining the Comprehensive and Progressive Agreement for Trans-Pacific Partnership, or the CPTPP, to move forward with reform and opening-up across the board, Wang Shouwen, vice-minister of commerce, said the government has already had informal contacts with certain members of the CPTPP.

The government also plans to engage with all CPTPP members to communicate at the technical level, so that it can have a more accurate understanding regarding the content of the related documents, he said.