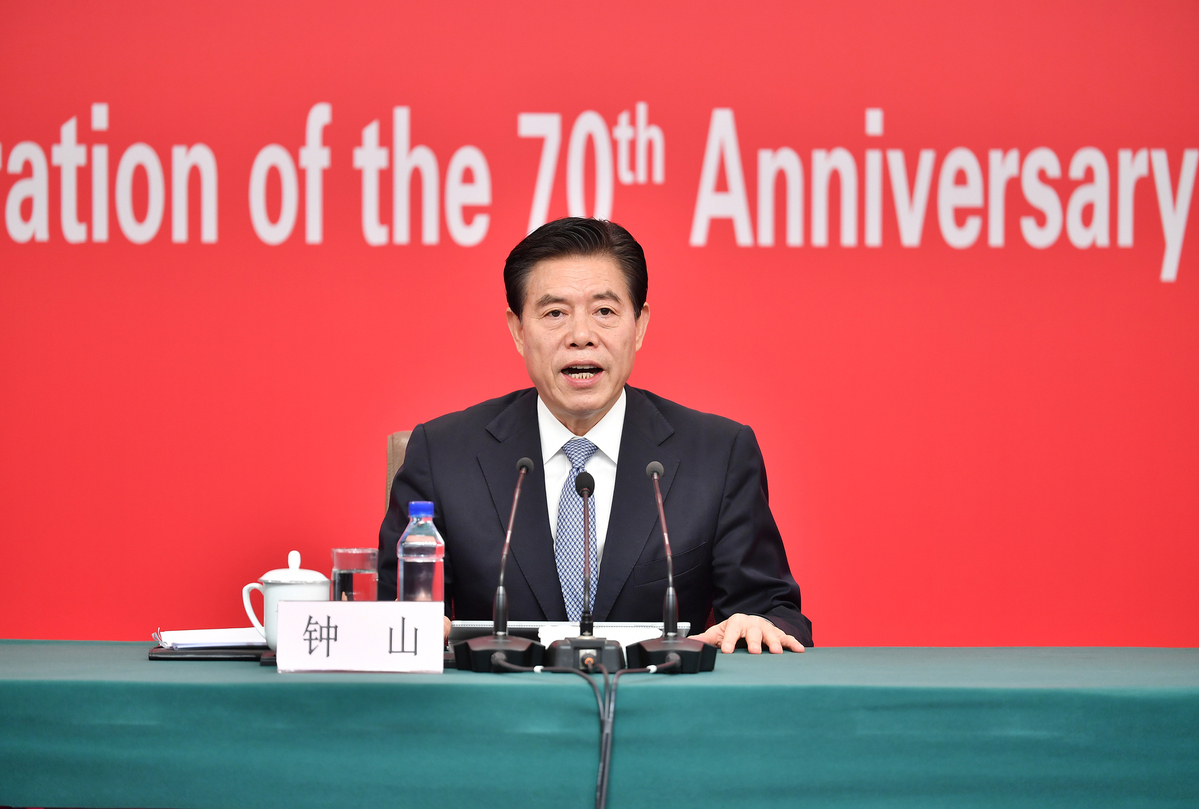 China will enhance its protection of foreign enterprises in China, step up efforts in facilitating foreign investment and try to open up more in certain areas in order to improve its business environment, the Ministry of Commerce said on Sunday.

The ministry also said it will continue its efforts in stabilizing foreign trade and will achieve this year's trade growth goals, contributing to the healthy and stable development of the national economy.

Zhong Shan, minister of commerce, said at a news conference in Beijing that this year, China's foreign trade faced unprecedented challenges and that the ministry had taken a series of measures to stabilize foreign trade and promote the sector's high-quality development.

"We will further promote the implementation of related policies in stabilizing foreign trade," he said, adding that based on the Belt and Road Initiative, the ministry will encourage enterprises to explore emerging markets and to improve international economic and trade cooperation.

In addition, the Commerce Ministry will focus on high-quality development in foreign trade, by enhancing scientific, institutional, model and business mode innovations. Meanwhile, it will actively promote import and vigorously develop service trade in order to cultivate a new competitive edge in foreign trade, Zhong said.

"China truly supports foreign investors" and they have enormously contributed to China's economic development over the past four decades, Wang said. Meanwhile, foreign enterprises have also benefited greatly from China's market, and they would like to continue to invest here, he said.

China has increasingly opened its economy and reduced restrictions to facilitate foreign investment, cutting negative list items in the China (Shanghai) Pilot Free Trade Zone, for example, from more than 190 in the original version to only 37, he said.

"In the future, we will further implement laws and regulations (supporting foreign investment) and further open up to improve our environment for foreign investors," Wang said.

According to the Commerce Ministry, amid current challenges in foreign trade, China has achieved high-quality development in the sector. The scale of foreign trade made steady growth. In the first eight months of the year, China's import and export volume totaled 20.1 trillion yuan ($2.8 trillion), up 3.6 percent year-on-year.

"The growth rate of China's foreign trade is higher than the overall level of the world's major economies, achieving steady development," Zhong said.

He said that the quality of foreign trade is also improving, with the export of high-technology, high-quality and high value-added products growing rapidly.