Salvadorans queued Wednesday at some of the dozens of bitcoin teller machines erected around the country that has made history by adopting a cryptocurrency as legal tender. 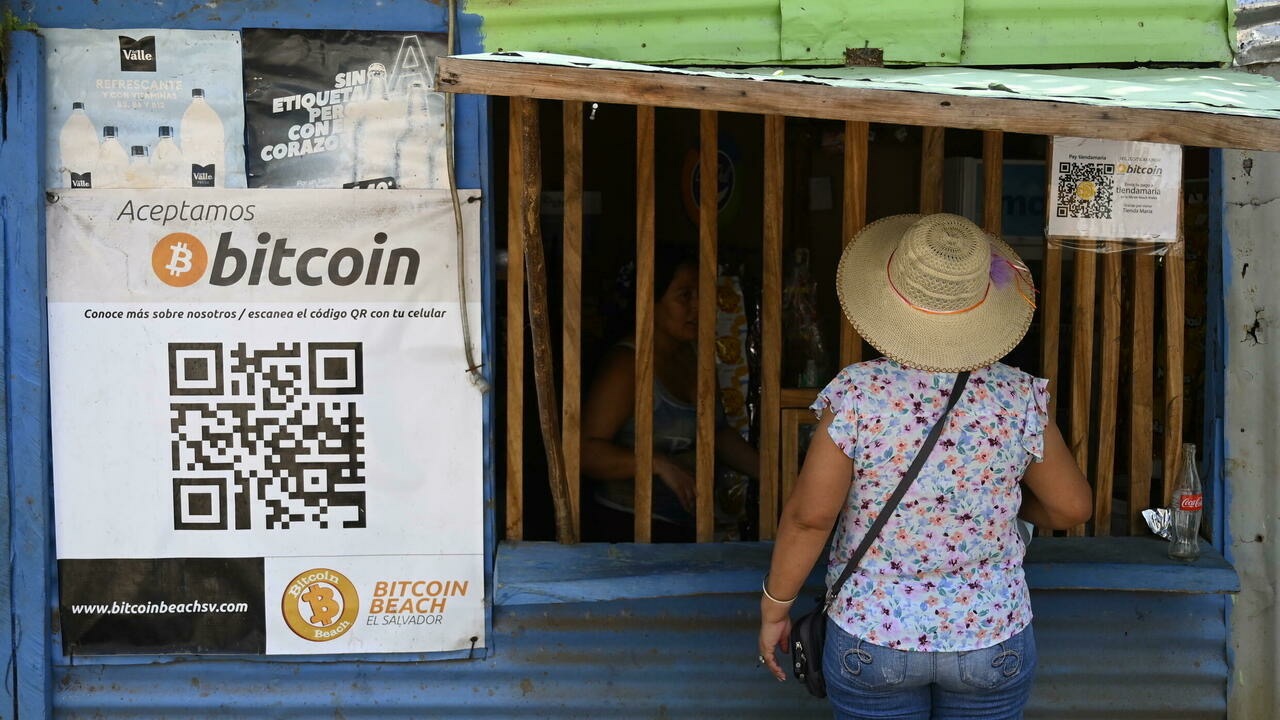 El Salvador is the first country to adopt a cyber currency as legal tender, along with the US dollar which has been the official currency for two decades. (Photo: AFP)

Some were driven by curiosity, others were hopeful the new "Chivo" digital wallet will make it easier -- and cheaper -- to receive remittances from abroad.

Some were drawn by the $30 sign-up bonus. Many did not know what a cyber currency even is.

"I wanted to see how it is, what it is... They said there will be an account, a wallet," said Alvaro Garcia, 47, who works as a goods loader at a market.

"Thank God they are giving us these $30... I hope this will be a good thing and that we will benefit," he said of the government's controversial experiment.

On Tuesday, the country of 6.6 million people became the first to adopt bitcoin as legal tender alongside the US dollar, which has been the official currency for two decades.

The rollout met with difficulties on day one, as the Chivo application crashed and bitcoin lost some 17 percent of its value at one point.

Garcia was one of dozens to queue at a Chivo ATM in the historical center of San Salvador, where an official helped him download the app onto his cellphone.

The machines will allow users to deposit or withdraw cash, in dollars, and make bitcoin transfers.

The digital wallet will only be available to people with a Salvadoran ID document -- whether at home or abroad.

The government says the project will give many Salvadorans access to bank services for the first time, and hopes it will shave millions off commissions on remittances, which account for more than a fifth of the country's GDP.

According to Economy Minister Maria Luisa Hayem, making payments or transfers with the Chivo wallet will incur no fees.

"This is important for financial inclusion," she said.

Marni Munoz has a sister in Houston -- one of an estimated three million Salvadorans abroad, mainly in the United States.

On top of the $30 bonus she received from the government, Munoz deposited another $20 worth of bitcoin into her brand new cyber wallet, and said she plans to keep a close eye on the currency's value fluctuations.

"At least I want to learn, I don't want to be left behind," added 64-year-old retiree Miguel Angel Vasquez.

"There are very negative people and they don't want to accept new technologies. This country is small but this (initiative) is global," he told AFP in the capital.

Some, like 33-year-old Franklin Saravia, are already depositing their earnings in the new Chivo wallet.

He has an online business, selling tech equipment.

"I've just deposited $100 to stand a chance at making a profit on bitcoin," he said.

Experts and regulators have highlighted concerns about the cryptocurrency's notorious volatility, its potential impact on price inflation in a country with high poverty and unemployment, and the lack of protection for users.

A recent opinion poll by the Central American University found that more than 80 percent of respondents were wary of the new currency, and 70 percent were opposed to making it legal tender.

Nearly two-thirds said they had no interest in downloading the Chivo wallet.

The government has not released uptake figures since Tuesday's launch.

Nuria Vasquez, 47, is aware of a Chivo ATM near his small fast food business.

But he prefers an old-fashioned wallet with actual dollars in it.

"I don't get it. I feel good with the dollar, if they come to buy like this (with bitcoin), I'll tell them: 'I want a dollar.'"