Mixed day for global stocks as coronavirus continues to spread 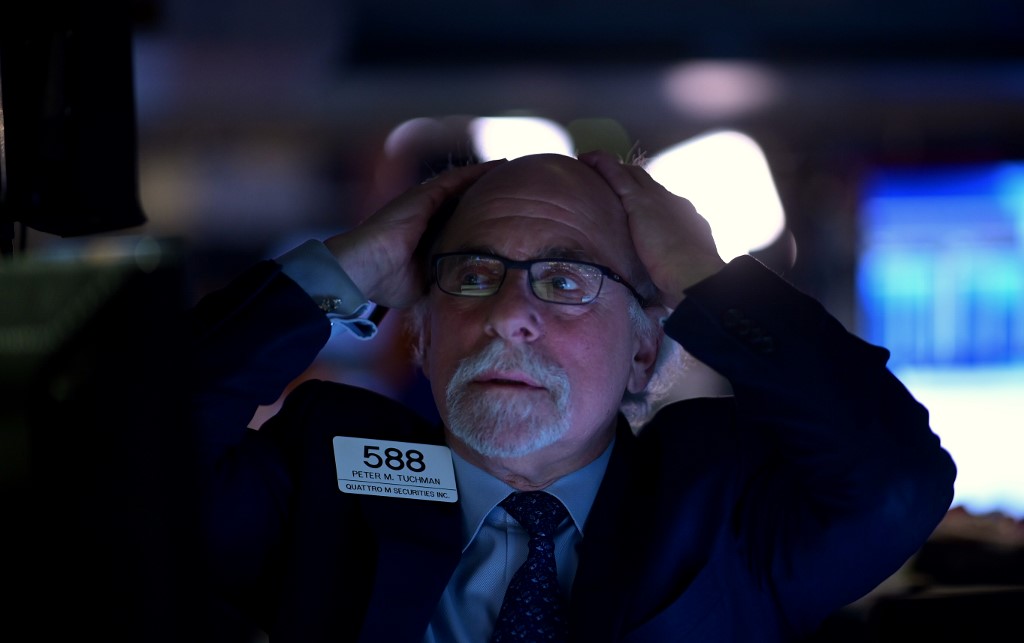 In this file photo taken on February 24, 2020 traders work at the New York Stock Exchange (NYSE) at Wall Street in New York City. Wall Street stocks sank deeper into the red on February 25, 2020 on mounting fears over the coronavirus and its potential to derail global growth. (Photo: AFP)

Wall Street equities spent much of the morning recovering, but the rally petered out at midday.

In a sign of the outbreak's expanding footprint, Brazil confirmed Latin America's first case, a 61-year-old who travelled to Italy's Lombardy region.

"We don't know what stage of this we're in and we don't know how much economic damage will be done," Hogan said.

The Dow and S&P 500 both finished lower, but the Nasdaq mustered a modest gain.

Oil prices also stayed under pressure, with US benchmark West Texas Intermediate falling to its lowest level since January 2019.

British drinks group Diageo, the maker of Guinness stout and Smirnoff vodka, finished down 0.9 percent as it disclosed COVID-19 would slash its annual sales by up to £325 million ($422 million, 388 million euros).

After the US market closed, Microsoft lowered its revenue forecast for its personal computing business, citing the slower-than-expected recovery to its supply chain in China. The company's shares fell 1.1 percent in after-hours trading.

Marriott International shed 2.2 percent in after-hours trading as its earnings statement offered no estimates for the impact of coronavirus, saying the outbreak "could be material to first-quarter and full year 2020 results."

The hotelier could garner $25 million less per month in fee revenue based on current occupancy rates, but added that room additions also could be delayed due to the outbreak.

Among other companies, Disney slumped 3.8 percent after announcing that longstanding Chief Executive Bob Iger was stepping down and would be replaced with Bob Chapek, a company veteran who has led the amusement park division.

Some analysts expressed surprise at the timing of the announcement, as Iger's contract was supposed to continue through the end of 2021.