The increasingly-severe COVID-19 pandemic has created huge demand for the development of mobile applications with a global increase in both app installs and revenue, according to a recent report. 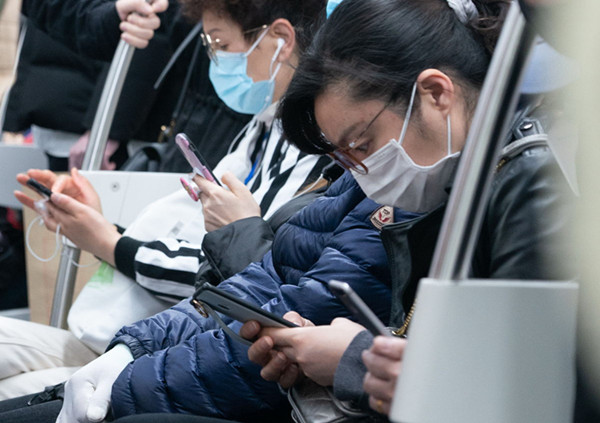 Passengers use smartphones on a Shanghai subway on April 7. (Photo: VCG)

Two-thirds of the apps have gained a rise in terms of in-app revenue and 40 percent of vertical app sectors gained more revenue compared with the previous week by over 20 percent between March 31 and April 6.

"As the pandemic has forced people across the world to be stuck at home, apps will get a big boost in both installs and revenue. Though a string of industries might be seriously hit by the pandemic, mobile marketing will be less stricken in the short term," said Wang Wei, president of AppsFlyer China.

Large-scale work-from-home practices in China had a slow start in February since the epidemic was gradually contained in the country. The overall organic installs of apps dropped 33 percent between February 26 and March 24.

At the same time, the contagion pushed the use of remote working tools, including global video conferencing.

AppsFlyer's data showed that apps that help improve people's working or living efficiency grew 50 percent during that period. It showed that the distance working model is deeply rooted in the country even during the period when the epidemic is being contained.

"About 20 percent of office workers in Europe and the United States are familiar with distance conferencing, whereas its penetration rate in China is relatively low. Thus in China, there is definitely room for growth," said Raymond Wang, global partner at consultancy Roland Berger.

Some apps shined in the international market, said Wang, noting that several Chinese platforms such as Alibaba's remote conference platform DingTalk and ByteDance's Feishu were among distance learning solutions recommended by UNESCO.

Social casino gaming and casual gaming apps are also among the top local downloads in the period, with a 140 percent and 45 percent increase in organic installs.