With people having more downtime nowadays, whether they're queuing up for a cup of milk tea or on their way to the office, something's inevitable — they're getting more addicted to mobile games. 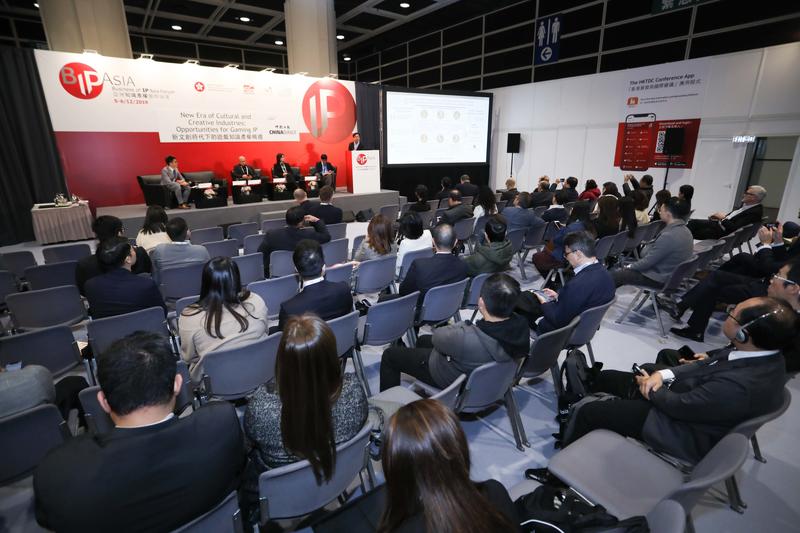 Guests stay tuned to the panel discussions on "New Era of Cultural and Creative Industries: Opportunities for Game IP" at the Hong Kong Convention and Exhibition Centre. (Photo: China Daily)

Ever-improving computing power, coupled with cheaper data costs and an optimized Wifi environment, have led mobile games to where they're today, according to Hendrick Sin, co-founder and vice-chairman of CMGE Technology Group.

As one can play a mobile game anywhere, anytime, the emerging sector in the industry is developing in leaps and bounds, prompting higher growth for the category, Sin said.

In his view, it's not just the convenient nature of mobile games that's helping it gain traction, on the pecuniary side, an ecosystem has been built that allows game developers to rake in profits from designing games, thus, the lucrative nature has attracted countless game-designing experts, talents and aficionados.

Still, the hardcore game territory, being capital intensive, is not without its threshold even as the overall market has long been overcrowded, Sin said.

To develop a hardcore title, it usually means a labor-intensive designing team, sometimes as much as 200 headcounts, and a cost of over 100 million yuan ($14.2 million), plus at least a year's developing cycle, he explained.

Therefore, entering the hardcore game-design arena needs prerequisites, such as a sheer amount of capital and a full-time commitment, as 95 percent of the games would be sifted eventually in the sense that they are not capable of covering the development costs, while only a small fraction of the game titles would stand out at last.

Facing an ever competitive landscape, Sin believed that the secret sauce for success is to create sequels — as Marvel Studio did with its superheroes — so the fans would stick to each and every subsequent title the company releases.

CMGE Technology Group has been focusing on IP games, in other words, creating sequels, for the past seven years, a move Sin reckons would accumulate a fan base in the same pool, and they would be on a wild chase whenever the company sells its next sequel game.

Sin sees the pie continuing to get bigger for the mobile gaming sector.

"The beauty of mobile games is that new versions are coming out of the same game even on a weekly basis," he said, indicating the fast-paced renewals offer designers the chance to refine and optimize in a seamless manner — a dynamic and interactive process he believed would put a top spin to the mobile titles.