BUSINESS MoC: Foreign trade to drop due to virus

MoC: Foreign trade to drop due to virus

China's foreign trade is expected to fall in the first two month of this year, affected by the impact of the novel coronavirus epidemic and the unscheduled factory shutdown after the Spring Festival holiday, said the Ministry of Commerce. 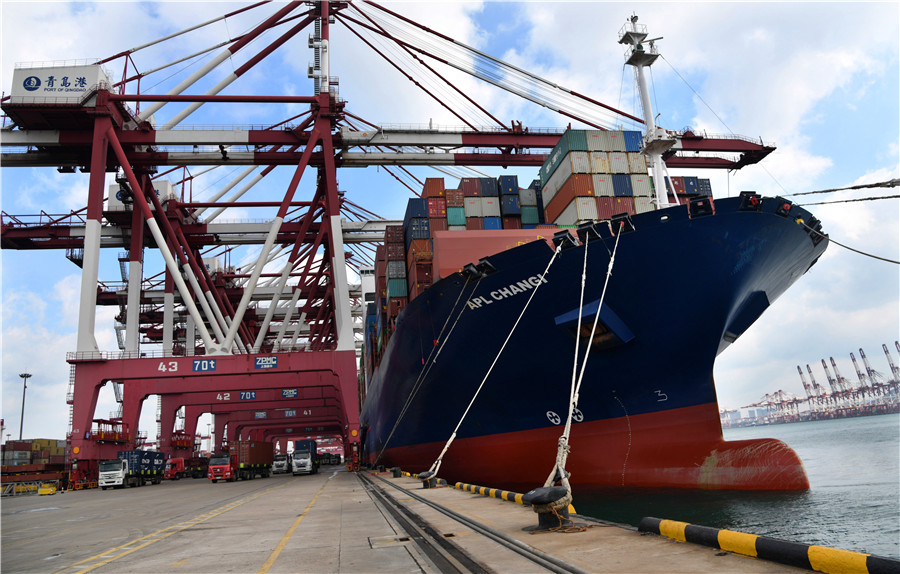 The outbreak has posed a severe challenge to the current foreign trade condition,said Li Xingqian, director-general of the ministry's department of foreign investment administration.

Judging from the feedback collected by local governments and companies across many sectors, the epidemic and holiday factors have resulted in poor logistics and work delay in the resumption of production nationwide. Therefore growth rate for both import and export is expected to decline in January and February this year, he said.

Li said the impact caused by the virus is only temporary. Its negative influence on foreign trade mainly depends on the duration and scope of the epidemic.

Based on the current assessment, the impact of outbreak will exist objectively during the first quarter, but it is still in an affordable range, he added.

Li noted that the preparations for 127th China Import and Export Fair, also known as the Canton Fair, are proceeding as planned. The fair is scheduled to start on April 15 in Guangzhou, according to the event's official website.

To put the country's foreign trade on a firmer footing, Li said the government will support the development and integration between trade in daily goods and cross-border e-commerce activities, and explore new trading channels in global markets, as well as promote the export of second-hand vehicles and offer timely services for companies affected by the epidemic.