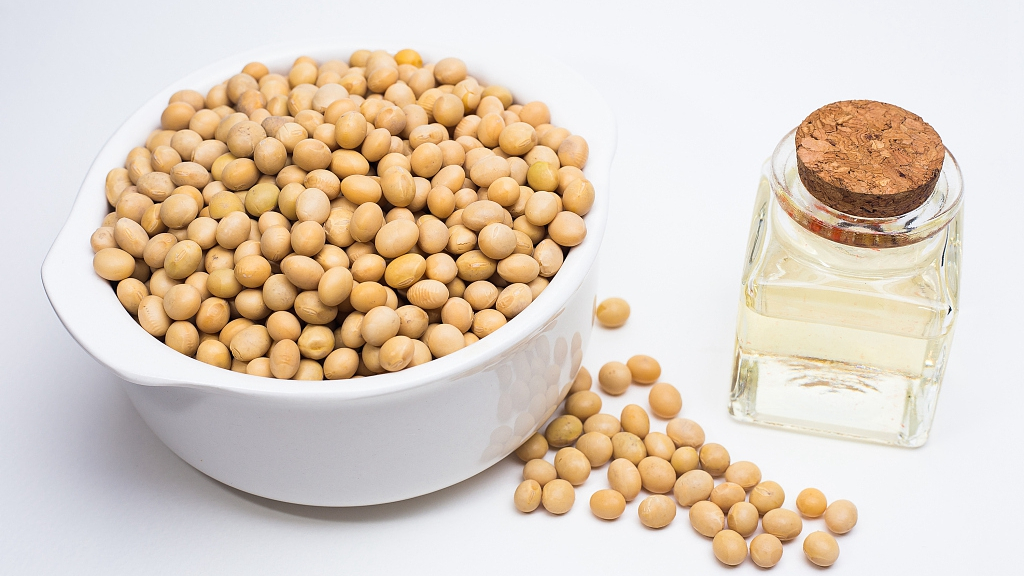 China's Ministry of Commerce (MOFCOM) said on Wednesday that it plans to remove soybean oil, rapeseed oil and palm oil from its import tariff quota management.

The commodities were removed from a draft tariff quota management list posted on the ministry's official website, which means they will not be subject to restrictions which may be exacted on other products such as wheat, corn and rice.
The draft is open to public feedback until Aug. 22, it said.

On Monday, China said it would not rule out the possibility of levying additional tariffs on imported U.S. farm produce with deals made after August 3, and related Chinese companies have halted purchases of U.S. farm produce.

The move came after the U.S. plans to impose additional 10-percent tariffs on 300 billion U.S. dollars' worth of Chinese imports, which seriously violated the consensus reached by the two heads of state in Osaka in June.

In the first four months, China's soybean imports dropped 7.9 percent year-on-year, with imports of U.S. soybeans plunging by over 70 percent from a year ago to 4.31 million tonnes.

In contrast, the country's soybean imports from Brazil jumped by 46.8 percent and those from Argentina saw a 23-fold growth to 2.15 million tonnes during the same period.