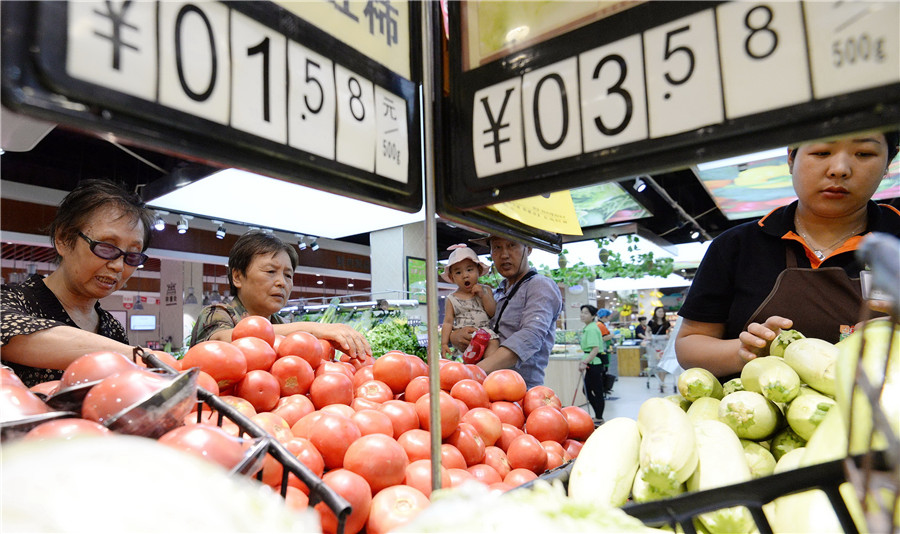 Economists predicted that the consumer price index, the main gauge of inflation, will drop gradually next year after peaking in January as the government takes measures to tame the high price of pork through increased supply. Thus, monetary policy will focus on stabilizing growth and preventing a cre­dit crunch.

Banks in China issued yuan-denominated new loans of 1.39 trillion yuan ($197.5 billion) in November, an increase of 138.7 billion yuan from a year earlier, the People's Bank of China, the central bank, said on Tuesday.

The faster-than-expected growth of bank lending was mainly due to the accelerated expansion of corporate and long-term household debt, said Li Chao, chief economist at Huatai Securities. "It indicated strong credit demand from companies and individuals, and the central bank is keen on expanding credit to support growth."

Total social financing, a broader measure of credit to the real economy that also includes financing through non-banking institutions and local government special bonds, rose by 1.75 trillion yuan last month. The amount reached 221.28 trillion yuan by the end of November, up 10.7 percent from a year earlier, the central bank said.

Li expected the year-on-year growth rate of total social financing will hit a peak of 11.5 percent in the first quarter of 2020, and the central bank is likely to further cut the reserve requirement ratio to maintain sufficient liquidity in the financial system.

So far this year, China has maintained a relatively cautious monetary policy, even as most major central banks returned to unconventional monetary policies featuring subzero interest rates and quantitative easing.

The PBOC said on Wednesday that it will push forward the newly introduced loan prime rate reform, aiming to improve the monetary policy transmission mechanism. Financial institutions are encouraged to use the loan prime rate as a benchmark to set loan prices and reduce corporate financing costs.

Surging pork prices have boosted the headline CPI to 4.5 percent in November, the year's highest level. But the core CPI, which excludes food and energy prices, was only 1.4 percent as some economists calculated. Therefore relatively high consumer inflation may not affect PBOC policymaking too heavily.

The China Merchandise Reserve Management Center said on Tuesday that 40,000 metric tons of frozen pork reserves will be released into the market — the fourth such move and the largest amount since September — to tame pork prices.

China's monetary policy is expected to remain stable next year, and additional liquidity injection is necessary in the coming months, according to Goldman Sachs Investment Strategy Group.

The PBOC's United States' peer, the Federal Reserve, is expected to not make any moves in the near term. And the Fed may be make no further rate reductions in the first half of 2020 if GDP growth trends around 1.8 percent or the unemployment rate is stable or lower, Wang said.

Without the aggressive monetary easing, Wang's team predicted that China's GDP growth can be stabilized within a possible range between 5.7 percent and 6.3 percent in 2020. Although the uncertainties of China-US trade tensions will cast a shadow over the country's growth prospects, the government was firm in choosing not to adopt a deluge of strong stimulus policies, and thus the supportive policies will be moderate, the team said.

However, growth of the M2 money supply slowed slightly to 8.2 percent by the end of November, down from 8.4 percent in October, the PBOC said on Tuesday. Market observers said this indicates the central bank's cautiousness on monetary easing.