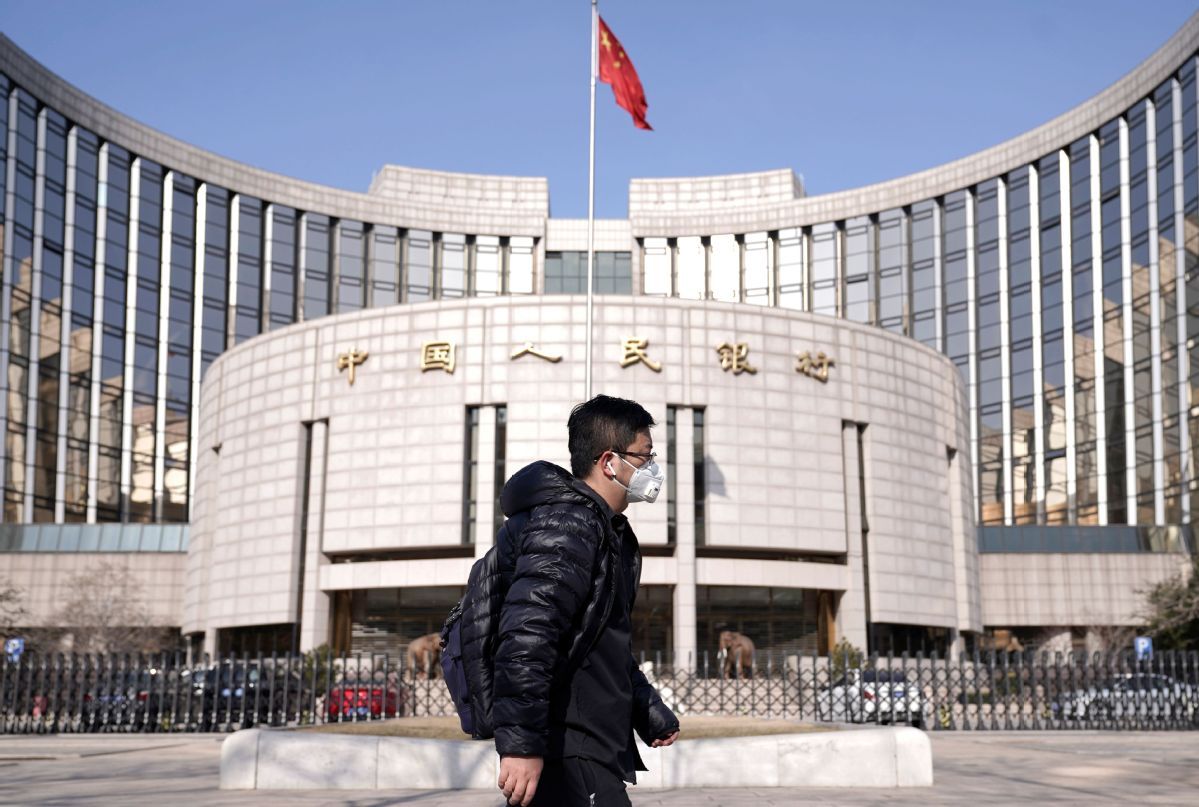 A man walks past the headquarters of the People's Bank of China in Beijing on Feb 3. (Photo: Agencies)

We are now at a critical moment in the fight against the pneumonia epidemic caused by the novel coronavirus. The battle to contain the epidemic's adverse impact on China's economy has also started. Unlike the SARS episodes in 2003, the government is likely to use monetary policy as a priority in the campaign to limit the economic shocks.

Counter-cyclical adjustments in a timely manner are necessary, as the epidemic will hit the economy. Measures are needed to prevent short-term shocks turning into long-term crisis. However, the current situation in the virus outbreak may block the effectiveness of the proactive fiscal policy, which needs the monetary policy to take effect.

Further cuts of the reserve requirement ratio (RRR) and the loan prime rate (LPR) may be coming earlier than expected this year. Some structural monetary policy tools will focus on supporting regions and companies severely hit by the epidemic, especially for small-and medium-sized companies, and the service industry.

The counter-cyclical policy will help to stabilize China's economic growth in 2020, although it will be slower at the beginning before it rebounds later this year. The long-term trend of stable growth will not be revised.

The novel coronavirus outbreak will impact employment in the medium-to-long term.

In the first stage, the unemployment pressure will emerge in the service industry. Measures of blocking down traffic and quarantine will hurt the catering, tourism, culture and entertainment services.

Unemployment may also increase along the export value chains.

In the near term, as the export orders rebounded in the second half of 2019, and it may take six months to digest the new orders, the export value chains are likely to be stable.

After the epidemic, worker shortages may delay the resumption of production, disrupt the supply system and extend the production cycle, which will further constrain exports.

Thus, unemployment pressure in small-and medium-sized enterprises will likely rise in the second half, which will then need the countercyclical measures to take effect on time.

The outbreak occurred at a very sensitive time for China's economy and finances.

The nation's economic growth showed some signs of stabilization in the last quarter of 2019, as indicated by the investment and production indices.

The International Monetary Fund also raised the growth projections for China. All of the information has strengthened market expectations.

Given the rapid spread of the virus, the public overestimated the risks coupled with the "short-sighted effect", which in turn has seriously hit the market's confidence.

The plunge in stock prices reflected those market expectations. In the future, the market panic may lead to a financial market stampede and liquidity risk, which can be transmitted to the real economy and hold up credit, investment and production. This could constrain the cyclical rebound of the Chinese economy.

If the counter-cyclical measures can take effect in advance, the economic shocks may ease in the first two quarters. Thus, the management of expectations and countercyclical measures should be implemented sooner rather than later.

Unlike the times during the period of the SARS outbreak, relying only on the proactive fiscal policy may not be strong enough to fight against the negative economic impacts.

Monetary policy cannot be missed as well. If the deficit ratio remains at 3 percent in 2020, the marginal increase of fiscal stimulus is expected to be no more than 200 billion yuan ($28.7 billion), which is not enough to hedge the impact of this large-scale epidemic.

Because of the time lag, further accelerating the issuance of special bonds by local governments is unlikely given the current situation, as the bond quota has already been released much earlier than before.

Even if the bottlenecks imposed by time in fundraising can be crossed, this will be affected by the epidemic. The time lag in the implementation and commencement of infrastructure projects will be significantly longer than in the past.

Residents also prefer to hold more cash than before the outbreak and companies will face tightened capital chains, causing a drop in the money multiplier of prospective projects.

At this time, measures such as reducing the reserve requirement ratio and increasing the supply of liquidity in a timely manner can support fiscal stimulus and drive the growth of private investment. Otherwise, it will weaken the effects on stabilizing the economy.

Inflation was one of the constraints which limited Chinese monetary easing in the previous period. The LPR remained stable in January as the peak of inflation blocked the lowering of the medium-term lending facility (MLF).

But the outbreak which worsened after Jan 20 broke up those limits, strengthening the possibility that the monetary policy may be implemented in advance.

In order to further reduce the LPR and let the financial industry surrender part of the profits to the real economy, the foundation is to reduce the costs of financing between financial institutions and enhance their tolerance to the narrowing of term spreads.

From the macro perspective, the overall reduction of the RRR at the beginning of this year further reduced the financing costs within the financial system.

Although it failed to lower the LPR in January, banks which need to report the LPR may adjust the rate later. For the micro side, according to our research, financial institutions introduced measures to offset the impacts of shrinking interest margins, including optimizing the loan structure, improving the pricing of financial products, reducing the cost of the debt and attracting more customers as these measures take effect.

Thus, in the first half of 2020, even if the LPR dropped moderately, it will not put much pressure on financial stability. Although the disease will disrupt China's economy in the short term, it is difficult to fully assess the impacts, and the economy will be able to maintain its resilience.

The deleveraging campaign in the previous years has stabilized the macro leverage ratio, which leaves more policy room in 2020. In addition, the easing of trade tensions and geographic policy risks will reduce pressure from external factors.

At the same time, the renminbi exchange rate is flowing up and down more flexibly.

In terms of monetary policy, two more cuts of the RRR are possible, with the earlier one likely to be conducted in the first quarter. The LPR may be reduced by 10 basis points, or 0.1 percentage point, in the first half, and continue to decline by 40 basis points in the second half. The RRR cut may come earlier than the LPR cut.

Some structural measures, such as the targeted MLF and targeted RRR cuts, will focus on supporting the service industry, as well as small-and medium-sized companies. Financial regulations will prevent banks from suspending or withdrawing loans for companies facing difficulties.

Pressure is there in the short term, which requires those policies to come out. However, as the counter measures will increase, China's economy is likely to rebound later this year, and the high-quality growth will be stabilized.

The writer is the chief economist at ICBC International.