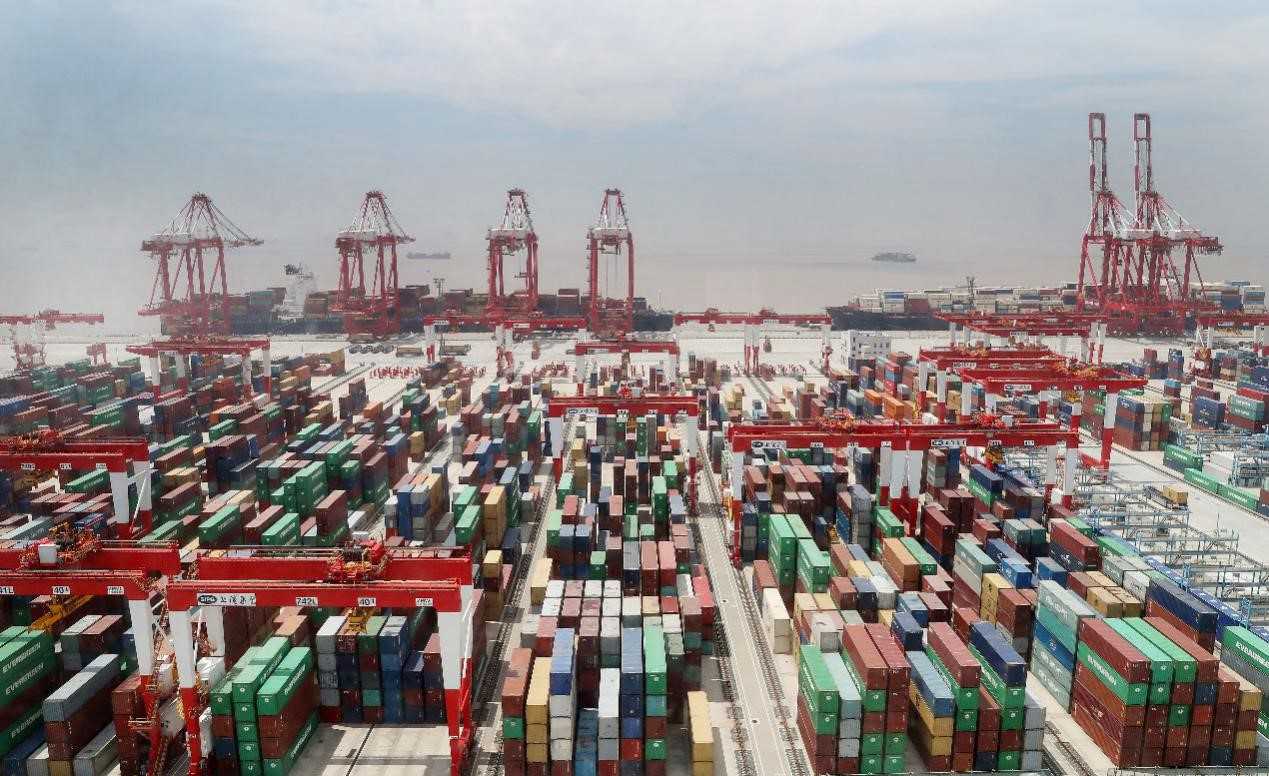 Photo taken on May 17,2018 shows a bird view of containers placed at the fourth phase of the Yangshan Deep-Water Port, the world's largest unmanned container terminal in Shanghai. By June 2018, a total of 8,696 foreign-invested companies had been registered in the Shanghai Free Trade Zone since the latter’s establishment, with total contractual foreign capital topping $110.24 billion. (Photo: Xinhua) 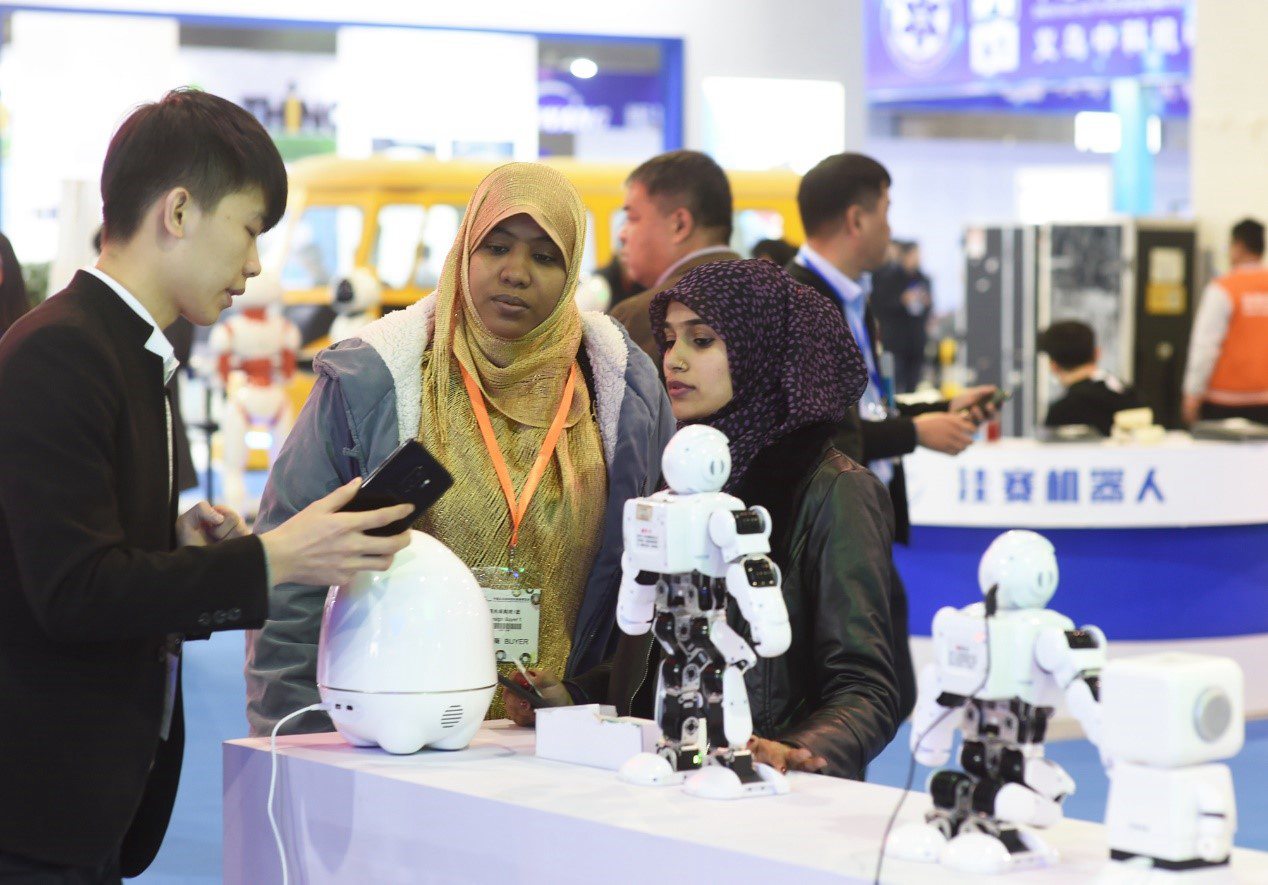 A staff of a Chinese exhibitor introduces a robot to foreigners at the 2018 China Yiwu International Intelligence Manufacturing Equipment Expo. The expo was held in Yiwu, eastern China’s Zhejiang province on November 29, 2018, attracting a large number of enterprises from China, the US, Germany, Japan, Singapore, and Italy. 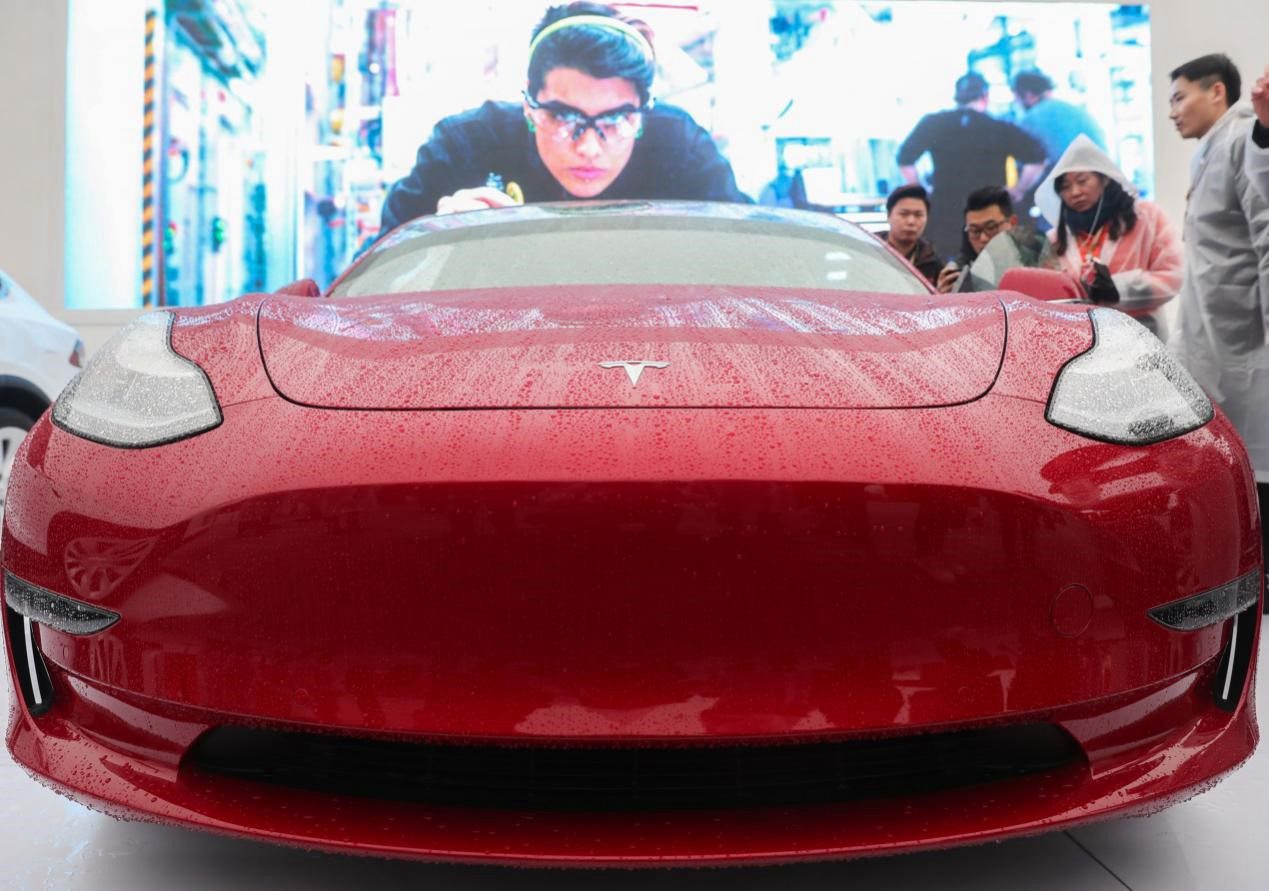 Visitors watch a Tesla’s Model 3 exhibited at the foundation stone laying ceremony of the Phase I project of Tesla’s supper factory in Shanghai. The largest foreign-invested manufacturing project in Shanghai started construction in Lingang Area on January 7, 2019.