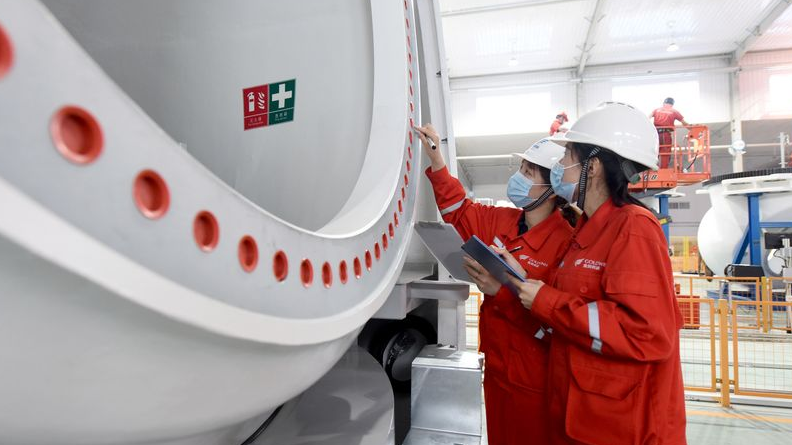 The number of enterprises with a revenue of more than 100 billion yuan (about 14.7 billion U.S. dollars) reached 217 this year, rising from 194 last year. The revenue combined reached 69.78 trillion yuan, taking up 81.12 percent of the total.

Among them, eight companies reported a revenue of over 1 trillion yuan.

They have increased their investments in strategic emerging industries and showed improved performance.

"As a crucial part in the supply-side reform, the strategic emerging industry is developing rapidly, which showed the country's economy has moved up to the mid-to-high end of the entire industrial chain," said Li Jin, chief researcher at the China Enterprise Research Institute.

Among the 500 firms, 431 reported R&D data. Their combined R&D spending reached 1.08 trillion yuan, with the proportion of R&D expenditure to operating revenue rising to a record 1.61 percent.

In addition, the threshold for the top 500 Chinese companies has been raised for 18 consecutive years. The revenue for this year was 35.96 billion yuan, an increase of 3.64 billion yuan over the previous year.