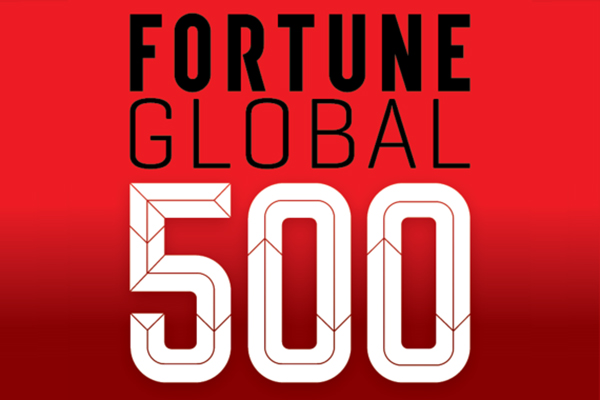 A record 120 Chinese companies have squeezed onto the latest Fortune Global 500 list, only six places fewer than the top performer, the United States－marking the 15th consecutive year that the country's companies have increased their presence on the list.

Three of the top five companies on the list are from China. State Grid was ranked second, followed by the State-owned energy giants Sinopec Group and China National Petroleum Corp.

For the fifth year in a row, US retail giant Walmart topped the list, with a massive $500.34 billion in revenue in 2017.

According to Fortune, the world's 500 largest companies generated about $30 trillion in revenues last year, an increase of 8.3 percent year-on-year, with total profits amounting to $1.88 trillion, up by 23 percent compared with the previous year.

Experts said it is not surprising that more Chinese companies are listed, since the country has stepped up efforts to boost innovation, drive consumption and promote the transformation and upgrading of China's manufacturing industry.

"We will see more innovative and high-tech Chinese companies join the list, against the backdrop of China's rapid developments in artificial intelligence, internet of things and big data," said Tiger Shan, partner at Strategy&, which is PricewaterhouseCoopers' strategy consulting business.

"The Chinese companies that have mastered core technologies will have a tremendous impact on the world. It is noteworthy that tech heavyweights such as Alibaba and Tencent have speeded up their globalization push," Shan said.

Liu Qiao, director of the Guanghua School of Management of Peking University, said Chinese companies might outnumber their US counterparts in the Fortune Global 500 rankings within the next three to five years.