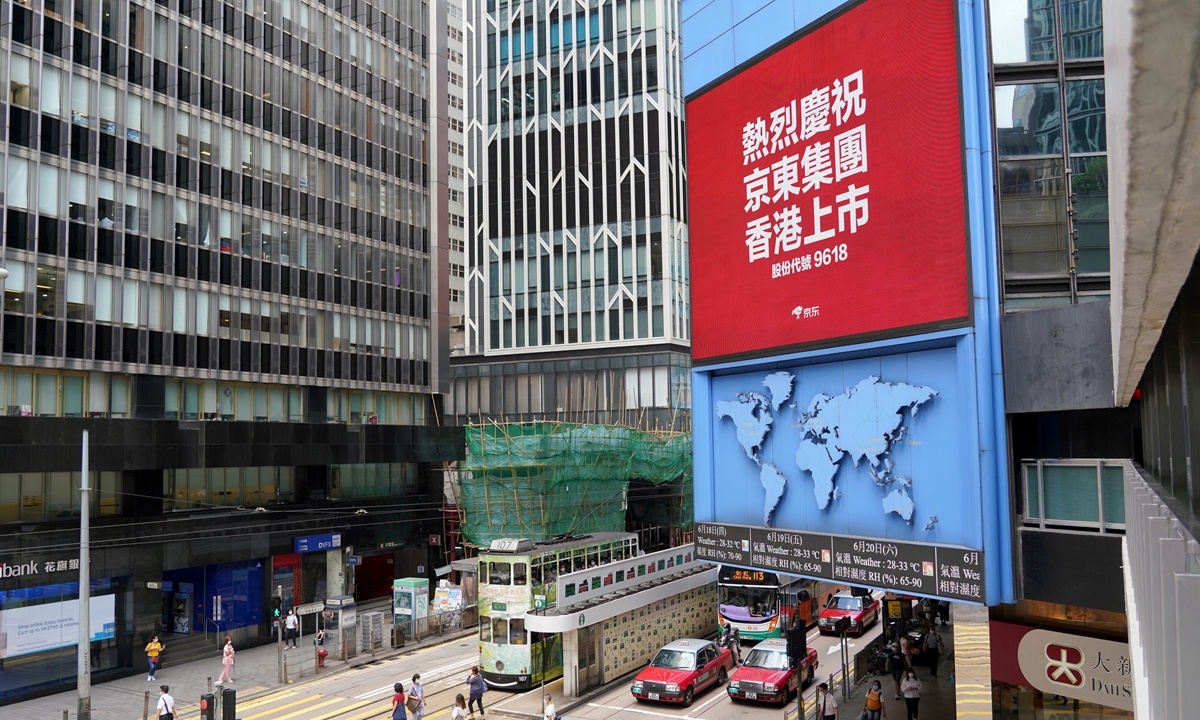 More Chinese mainland equity fund managers are including shares listed in the Hong Kong stock market in their investment portfolio, in hope to capitalize on a market where valuations have somewhat "touched down" amid policy uncertainty and sliding market confidence.

The Mingrui New Normal Mix fund, jointly managed by Zhongou Fund's star managers Zhou Yingbo and Liu Weiwei, announced that it will hold an investor's conference to revise the terms of the fund, allowing it to include stocks in the Shanghai and Shenzhen Stock Connect in its portfolio. The fund's investment in Stock Connect shall not exceed 50 percent of the total equity assets under the term.

The new investment plan will accept investors' votes starting on Friday and last until September 5, and all votes will be counted on September 5, according to a statement on Zhongou Fund's website on Tuesday.

The Mingrui New Normal Mix fund was set up in 2016, focusing on investing in new energy and electronic focused industries. With a scale of 6.3 billion yuan ($970 million) as of the end of the second quarter, the fund's annual return on investment reached 50 percent this year, exceeding 97 percent of other funds of similar types.

In late July, the Small and Medium Mixed fund managed by Efund's deputy general manager of research and star fund manager Zhang Kun, also held an investors' meeting to discuss expanding the scope of investment to include shares under the Stock Connect and other companies listed in the Hong Kong bourse.

Zhang, who has accumulated millions of young fans for his high return on heavy investment in liquor and consumption-themed shares, is the first fund manager in China that has managed a fund in excess of 100 billion yuan. The Small and Medium Mixed fund Zhang managed, with a scale of 28.7 billion yuan, has previously hit an annual rate of return on investment of 20.5 percent.

"I think it is a good time to 'bargain hunt' for stocks listed in Hong Kong, some of whose market valuations have tumbled to historical lows due to various factors including the stamp duty hike of Hong Kong stock transaction, as well as China's stepped-up clampdown against internet and education industries," a veteran investor surnamed Li, who bought Zhang's Small and Medium Mixed fund last year, told the Global Times on Tuesday.

Li has voted in recent days to support the new plan. At the beginning of the year, the rate of the fund's return on investment at one point topped over 20 percent, but has now fallen to only about 3 percent under turbulent A-share market.

But some investors appear more reserved. A Beijing-based white-collar worker surnamed Shen told the Global Times on Tuesday that she has withdrawn from all equity funds with investment in Hong Kong capital markets last month.

"I'm very disappointed, as my Hong Kong-focused funds suffered huge losses in the first half. I did not make any profit at all from those investments and I won't re-enter the market in the short term," Shen said.

A sell-off since February has sent the the main indexes of Hong Kong stock market into one of the bottoms among both the Asian and the global markets. As of the end of July, the Hang Seng Tech Index slid 38 percent from the peak in February, the MSCI China Index dived 27 percent, while the Hang Seng China State-holding Enterprises Index fell 25 percent, according to data from eastmoney.com.

Among which, Tencent and Alibaba, plunged about 35 percent and 28 percent from their February peak.

"Although it is hard to gauge the extend of this round of rebound, the Hong Kong stock market is gradually stabilizing as the recent sell-off has released much of investors' exaggerated panic," a Beijing-based securities analyst surnamed Zheng told the Global Times on Tuesday.

In July, the net outflow under the Stock Connect by Chinese mainland investors was recorded at HK$63.5 billion ($8.2 billion), marking the first net outflow of capital from the Hong Kong stock market since March. The trend of outflow has receded for the time being, with Stock Connect currently in net inflow territory.

"The unique charm of Hong Kong stock market is that Chinese mainland investors are able to buy tech shares they cannot buy somewhere else, which represent the future and vigor of China's innovation and new economy," Zheng said.

He added that the "homecoming" US-listed Chinese companies against backdrop of heightened China-US political tensions also add to the attractiveness of Asia' second-largest capital market.

Analysts also added that the moves of the two self-styled rock star fund managers, Zhou and Zhang, could be compared to "voting with their feet," which is also set to play an exemplary role and inject a much-needed shot in the arm in boosting Hong Kong shares.