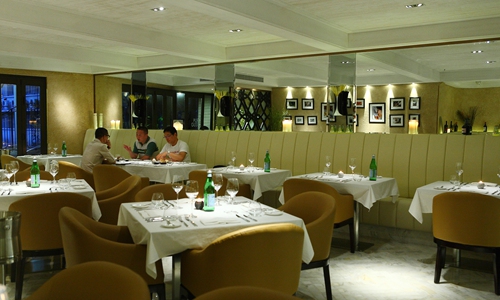 Production and business activity are quickly getting back on track as the coronavirus pandemic wanes in China, and experts said that it's likely full business resumption will be realized at the end of the month -- but measures are needed to boost consumption.

Public places and entertainment venues reopened for business on Friday after a suspension of nearly four months.

Theaters, gyms, libraries, museums and galleries -- among other indoor venues -- can admit consumers and visitors by reservation, under new guidelines issued by the State Council, China's cabinet. Venues must limit visitor numbers and have pandemic prevention measures in place.

Malls, supermarkets, hotels, restaurants and other public places can also reopen if they follow pandemic prevention measures, the guideline said. Theaters have been one of the worst-hit sectors, and they are likely to lose more than 30 billion yuan ($4.25 billion) in 2020, the China Film Administration said on April 29.

A manager surnamed Tian at a theater in Xinxiang, Central China's Henan Province, told the Global Times on Sunday that the news was encouraging. "We're finally seeing the light at the end of the tunnel," he said. Tian said that his cinema is still awaiting specific guidance from related departments before reopening.

"We don't expect crowds, because the order is required and safety is still the priority. But being allowed to reopen gives us hope," Tian noted.

Most companies in the services industry struggled during the pandemic and survival is now their top priority amid tight cash flow and high costs, although they expect business improvement.

"We are happy to see the new policies for the entertainment and service sectors, which are good for the recovery of the KTV industry," Yang Ying, vice general manager of Windsor KTV, a leading KTV company in China, told the Global Times on Sunday.

KTV facilities were mostly closed during the epidemic, causing huge financial pressure for Windsor, according to Yang. "Our revenue nationwide fell 85 percent since the Spring Festival holidays."

"Consumer confidence needs time to recover, so we expect things won't be back to normal until as late as October," Yang said.

Services companies rely on operational cash flow, so it is important to help their recovery via stimulating consumption, such as by issuing coupons, said Tian Yun. He estimated that a 1-yuan coupon could drive spending of at least 3-4 yuan.

"More support for consumption is expected. It seems that another few hundreds of billions of yuan will be needed to restore spending and get the economy back to the pre-pandemic period," Tian Yun said.

According to an employee of iPlus Fit, a gym in Beijing's Chaoyang district, the facility reopened on April 29 after obtaining approval of the local authority. It can only accept 13 people per hour and they can only stay up to 90 minutes.

"We reduced our operating hours and we disinfect before and during business hours. Customers must wear masks, keep at least 2 meters away from one another, and have their temperatures screened before entry," the employee said.

In a restaurant under New Jingya Cook Superb Cuisines - a medium-high level restaurant chain in China that mainly offers balcony services -- only five balconies were occupied on Sunday.

The restaurant, which normally has monthly revenue of 2.5 million yuan, has seen that fall more than 90 percent year-on-year since February, general manager Wang Bin told the Global Times Sunday.

"In April, the government released support measures for small businesses including three-month rent waivers. We applied for a waiver, but we're still waiting for an answer.

"Fortunately our customer traffic has been recovering since late April and is expected to come back to 50 percent by the end of May," Wang said, adding that a 100-percent recovery could be expected by September or October.

"It takes time for new policies to take effect, and I hope that these support policies will be implemented as soon as possible," he noted.