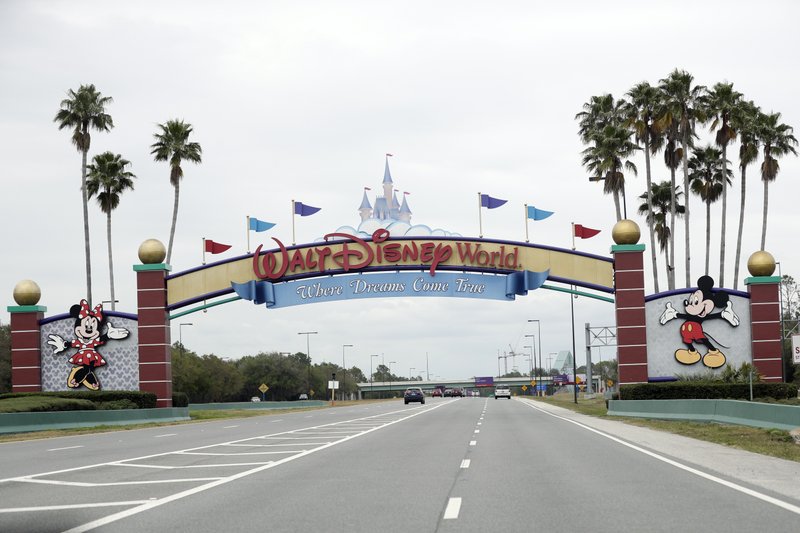 In this Monday, March 16, 2020, file photo, the road to the entrance of Walt Disney World has few cars, in Lake Buena Vista, Fla. (Photo: AP)

The agreements reached late Friday apply to security guards and workers involved in facilities and operations.

Workers will continue to get health and educational benefits during furloughs scheduled to start April 19, under the agreements with North America’s Building Trades Unions Craft Maintenance Council and International Union, Security, Police and Fire Professionals of America.

It wasn’t known how many workers were affected by the agreement. Union officials didn’t respond to an email inquiry Saturday.

The announcement was the latest in a series of agreements with unions representing about half of Disney World’s 77,000-person workforce, the largest single-site group of workers in the nation. Disney World’s theme parks, entertainment district, and hotels closed in mid-March, and Disney has been paying its workers while they stayed at home. That is scheduled to end in mid-April since Disney officials have said they don’t know when the theme park resort will reopen.

Earlier this week, Disney World and a union representing musicians who perform at its theme parks agreed to similar terms during the upcoming furloughs. Disney officials said it would furlough executive, salaried and hourly nonunion employees whose jobs aren’t necessary at this time.

Other unions who are part of the Service Trades Council coalition continue to negotiate with Disney World over furlough terms for its workers.

The coronavirus spread also has caused cross-town rivals, Universal Orlando and SeaWorld Orlando, and their sister parks across the country, to close their gates. SeaWorld says it has furloughed 90% of its workers.

Universal Orlando Resort and Universal Studios Hollywood said this week that they would stay closed through May 31. Full-time employees will be paid at 100% through April 19, but pay and workload for most workers will be reduced to 80% after that, and part-time hourly workers will be furloughed beginning May 3, Universal said. The company said it would continue to provide benefits for employees who already had them.