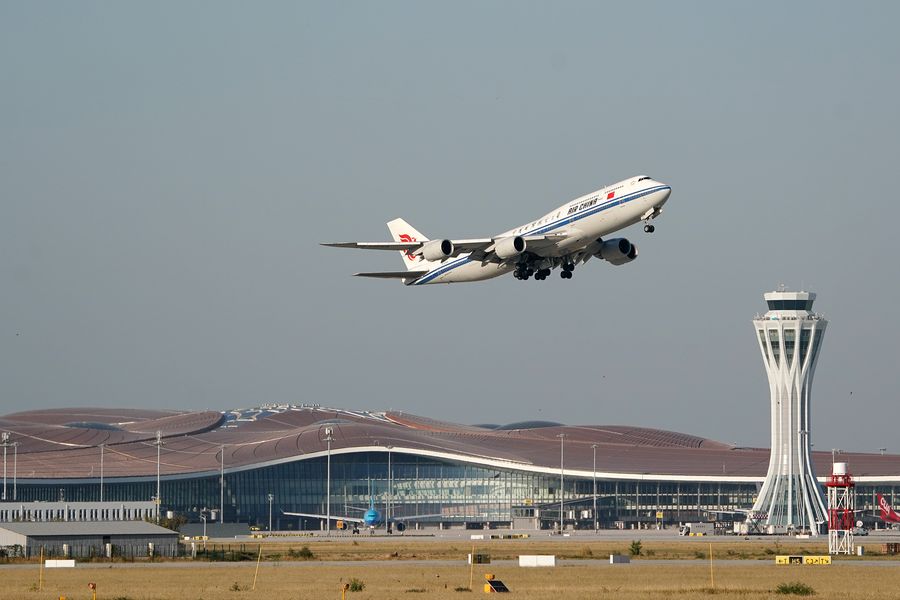 China Southern Airlines started Sunday to move another 50 percent of its total flights in Beijing to Daxing airport, meaning 60 percent of its flights between Beijing and other cities will take off or land at the new airport, the airport said.

The CZ8847 bound for Chengdu took off at the airport at 9:43 a.m. Sunday, marking the beginning of the transfer.

According to plan, the airlines will move all its flights departing from and arriving in Beijing to Daxing airport by March 2021.

China Eastern Airlines is also expected to move part of its flights to the airport from April 26.

The Beijing Daxing International Airport opened to flights in September 2019. Located 46 km south of downtown Beijing, the new aviation hub is shaped like a phoenix spreading its wings. Its passenger and cargo throughput is expected to reach 72 million and 2 million tonnes by 2025, with 620,000 takeoffs and landings.

According to the airport, four check-in counters have been set up at Caoqiao station in Fengtai District, where passengers can check in and drop their baggage in advance before taking the Daxing Airport Express to the airport.