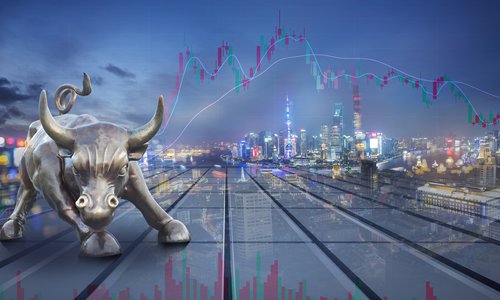 Despite a slowdown of overseas capital inflows into A-shares caused by factors such as the yuan's depreciation, Chinese stocks will be of great interest to foreign investors in the long run, thanks to the country's still astonishing economic growth, experts said on Wednesday.

Billions of dollars in incremental overseas capital is expected to enter the Chinese mainland's A-share markets following the move by MSCI to further increase the weighting of A shares in the MSCI Indexes this month, industry analysts predicted.

The MSCI is about to increase the inclusion factor of China A Large Cap shares from 10 percent to 15 percent in its August 2019 quarterly index review, according to its previously released plan on a three-step A-share inclusion process.

MSCI was scheduled to announce the results of the index review later on Wednesday.

MSCI doubled the weight of China A-shares in its benchmark indexes in May to 10 percent. It is set to further increase the A-share weighting to 20 percent in November.

Zhang Xia, chief strategy analyst at China Merchants Securities, said in an investment strategy report that A shares' August weighting increase in the MSCI index will bring about $3.6 billion more in index-replicating passive investment capital into the A-share markets.

Li Daxiao, chief economist at Shenzhen-based Yingda Securities, said that MSCI's second A-share weighting increase this year will drive up the A-share market as it will draw capital from passive funds that track the MSCI indexes.

"As to active investment, it will be up to institutions to decide their own pace of buying A shares. I believe that in the long run, there will be a relatively large amount of active capital that invests in A shares," he told the Global Times on Wednesday.

Inflows of overseas capital into the A-share markets slowed recently as the China-US trade war showed signs of escalation and the yuan came under intensifying pressure. On Monday, the yuan slipped past 7 to the US dollar, an important psychological threshold, for the first time since 2008.

The US Treasury also moved to designate China as a "currency manipulator" after US President Donald Trump threatened to impose further tariffs on imports from China. This label was later denounced by China's central bank as groundless.

Experts said that such factors as the yuan's depreciation will add pressure on overseas capital flows into mainland stock markets in the short term, but the trend of inflows will not change in the long run.

"China is contributing about 30 percent of the world's economic growth currently. Although overseas capital's allocation of A shares is still relatively at a low level, the appeal of A shares in general is very large to overseas investors, because they will miss the opportunity of sharing China's economic growth bonus if they don't allocate A shares in their assets or allocate them to a limited extent," Li told the Global Times.

Wang Jun, chief economist at Zhongyuan Bank, told the Global Times that US stocks have climbed to a level that is very risky for international investors. The A-share market, which has repeatedly bottomed in recent months, is more attractive to them.

"The stock market is easily swayed by factors such as exchange rates in the short term...but in the long run, overseas investors will decide whether to enter a market mostly based on investment returns, which is closely related to the general economic development and business environment," Wang said.