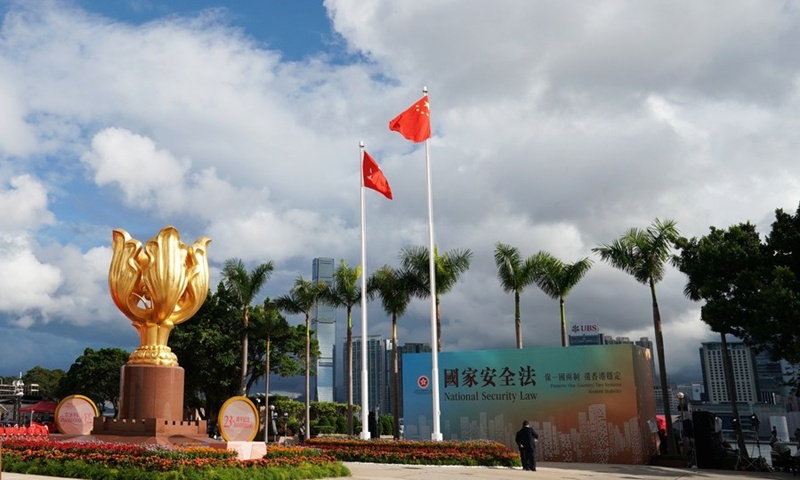 The central government will offer more support for the Hong Kong Special Administrative Region (HKSAR) in the 14th Five-Year Plan (FYP) period from 2021 to 2025, while urging the region to seize a historic opportunity to secure its long-term prosperity and stability.

Ning made the remarks when addressing the first of a series of activities on the introduction of the outline of the 14th FYP for national socio-economic development.

A central government delegation, composed of officials from central government departments including the Hong Kong and Macao Affairs Office of the State Council, the National Development and Reform Commission, the Ministry of Science and Technology and the People's Bank of China, started Monday its special tour to help various sectors in Hong Kong to better understand the national 14th FYP and grasp the fresh opportunities from the national development scheme.

He called on the SAR to firmly seize a new round of historic opportunities from the national development for its long-term prosperity and stability with the implementation of the 14th FYP and the establishment of the Long-Range Objectives Through the Year 2035.

The 14th FYP sets out major requirements for Hong Kong's development in a full-spectrum of areas including politics, economy and culture, which reflects the central authorities' strategic consideration that combines both the international and domestic situations, and promotes Hong Kong's long-term prosperity and stability, Luo noted.

As the 14th FYP has once again defined the orientation of Hong Kong's development and provided more policy support, it is necessary for the Hong Kong society to take further actions, he said.

On economic development, the 14th FYP continues to support Hong Kong to enhance its status as an international financial, transportation and trade center; strengthen its status as a global offshore renminbi business hub, an international asset management center and as a risk management center. Hong Kong should establish itself as a center for international legal and dispute resolution services in the Asia-Pacific region; and promote service industries centered on high-end and high value-added development.

Hong Kong's economy surged by 7.5 percent year on year in the second quarter of 2021, maintaining a rapid pace of recovery after an 8.0-percent increase registered in the first quarter.

"In the past two years, Hong Kong' economy and society have gone through a difficult period. However, with the in-depth implementation of the National Security Law for Hong Kong and the improvement of its electoral system, the overall situation in Hong Kong has been stable and moving forward. It is believed that with the support of Hong Kong's continuous epidemic prevention work and a series of national supporting measures, Hong Kong's economy will continue to recover in the second half of the year," Ning said.