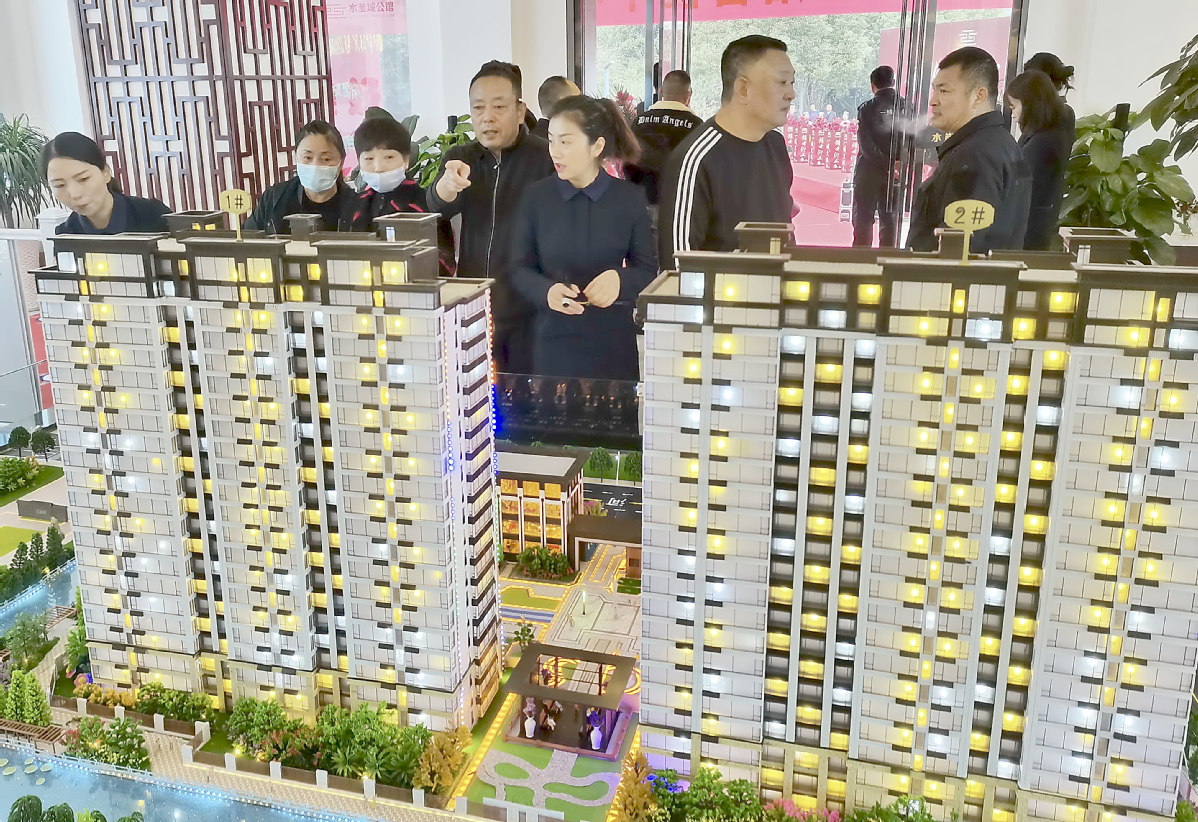 Govt may move to support credit growth to cushion against pressure, experts say

Chinese monetary authorities may take further measures to ease macroeconomic policy to cushion an economic slowdown by the end of this year, as signals showed a rebound in credit growth, analysts said on Thursday.

Although the authorities will not use property as a conduit for short-term economic stimulus, "officials have instructed banks to accelerate mortgage approvals," said analysts with Fitch Ratings led by Andrew Fennell, senior director of the agency's sovereign service in Hong Kong.

That means policymakers are adjusting measures to avoid a big shock from the property sector that could magnify an economic growth slowdown, they said.

The latest official data showed that mortgage issuance to individuals stabilized in October. The outstanding amount of mortgage loans reached 37.7 trillion yuan ($5.89 trillion) by October, up by 348.1 billion yuan, compared with an increase of 246.8 billion yuan in September, the central bank reported on Thursday.

The People's Bank of China, the central bank, in a release last month said the medium-to-long term debt of households increased by 422.1 billion yuan, the first time it showed a year-on-year increase in six months.

It was in line with an accelerated broad money supply, or M2, and a rebound of RMB-denominated loans to the real economy. The year-on-year growth of M2 accelerated to 8.7 percent in October, compared with the 8.3 percent growth in September, the PBOC said.

Analysts with Fitch said the mounting economic slowdown pressure is likely to push the authorities to take further measures to accelerate credit growth before the year-end. Cutting the reserve requirement ratio is also still possible.

They predicted that policymakers may scale back the implementation of some property-related regulations, including easing the execution of caps on banks' property-sector lending exposure. The "three red lines" in the measures such as to control developer leverage may also be tempered.

But the central bank is unlikely to cut policy rates the rest of this year, the latest research from Goldman Sachs said. Fiscal policy, it said, may be less tight, but not loose, in 2022.

Given that outlook, analysts from Moody's expect fiscal deficits to remain substantial.

"As economic activity decelerates, growth in fiscal revenue will not be as robust as it was in the first three quarters of 2021. Fiscal deficits will remain large, reflecting the property sector slowdown and the lingering effects of the coronavirus shock," said Jack Yuan, a Moody's vice-president and senior analyst.

In order to regulate the use of local government special bonds and prevent an increase in implicit debt, the Ministry of Finance issued a guidance on Thursday to strictly prohibit "arbitrary adjustment" in the use of special bonds.

The special bond funds shall not be used to refinance the outstanding amount of local government debt, or construction such as buildings and museums to promote local government performance and other nonpublic welfare capital expenditure projects, the ministry said.