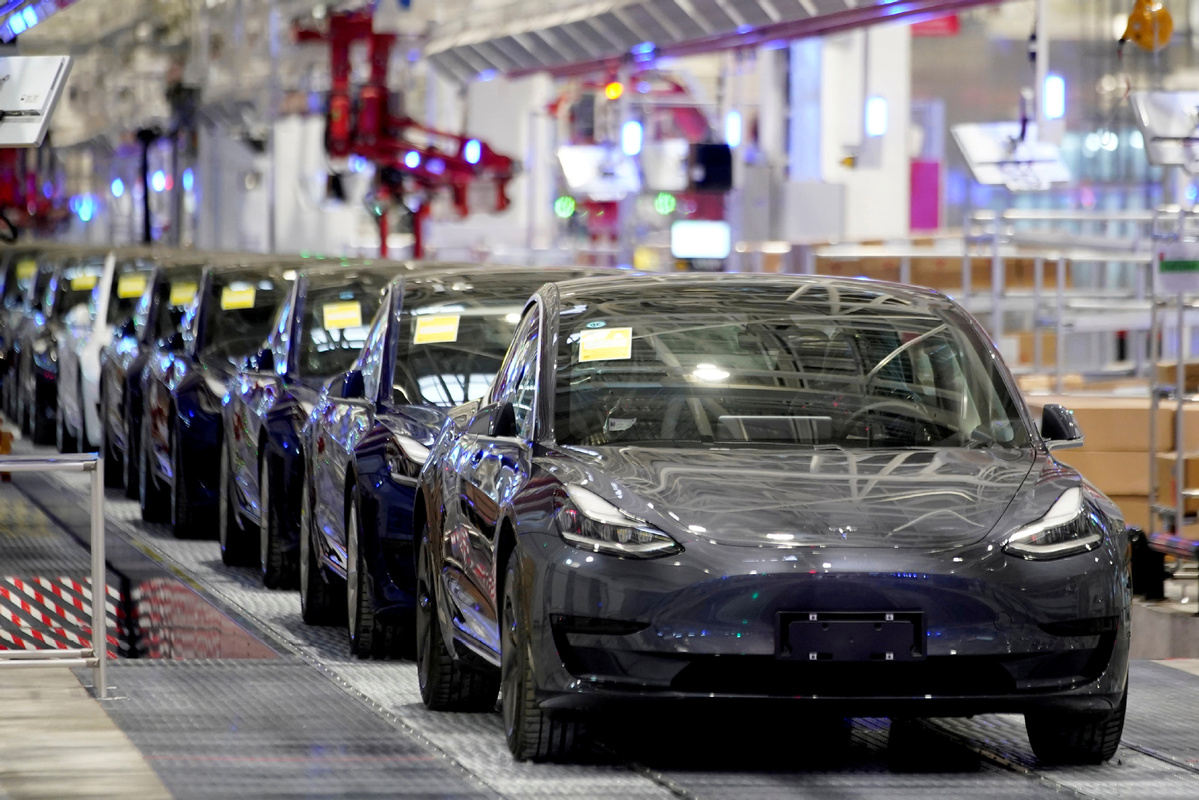 Tesla China-made Model 3 vehicles are seen during a delivery event at its factory in Shanghai, China January 7, 2020. [Photo/Agencies]

China will strengthen services and help solve operational difficulties for global companies in order to stabilize the long-term business confidence of foreign investors amid the economic fallout of the COVID-19 pandemic, government officials said on Thursday.

The country saw foreign direct investment in the nonfinancial sector grow 0.5 percent year-on-year to 535.65 billion yuan ($77.16 billion) in the first seven months of this year, achieving positive growth for the first time since January, according to data from the Ministry of Commerce.

The government will also step up credit support for foreign trade companies, especially micro, small and medium-sized ones, and extend financial support to major foreign-funded enterprises, which are eligible for low-cost relending and rediscount quotas, said Ren Hongbin, assistant minister of commerce.

Under the new government rules, he said, foreign-funded companies are as entitled as domestic firms to the 1.5 trillion yuan relending and rediscount special quota support provided by the People's Bank of China, the nation's central bank.

More efforts will be made to help foreign trade firms expand market channels, as well as to improve trade facilities and services, including cross-border e-commerce platforms, cross-border logistics and overseas warehouses, Ren said.

He said China will better protect intellectual property rights and the legitimate rights and interests of overseas businesses, as well as make sure that they are willing to invest and develop in China.

The outbreak of the pandemic has prompted many countries to strengthen their already tightened scrutiny over foreign investment.

While some of the policy adjustments directly related to the pandemic may ultimately prove to be temporary, the overall picture is likely to be one of structural change, rather than cyclical, with the pandemic helping to accelerate already existing trends, said Nanda Lau, head of the Shanghai office of international law firm Herbert Smith Freehills.

In contrast, China is among only a few countries that have progressively opened parts of their economies to FDI and have streamlined their screening processes, said Lau, adding that this is well illustrated by the new Foreign Investment Law and the new negative list implemented in the first half of the year.

To facilitate trade flows and travel, China will add more flights with its major source countries of investment while increasing the total amount of international passenger flights in a phased manner on the condition that COVID-19 risks are prevented, said Zong Changqing, director-general of the department of foreign investment administration at the Ministry of Commerce.

The government's new guideline also urged more support for high-tech industries, stressing the need to encourage foreign investors to invest in the sector.

China is not only the largest manufacturing market and industrial market, but also carries out a lot of technological innovation. All these factors offer multinationals strong confidence to enrich their presence in China, said Peter Herweck, executive vice-president of Schneider Electric SA, a French industrial conglomerate.

Even though the pandemic has added a number of uncertainties to the global economy this year, Schneider Electric's spending in research and development surged 15 percent year-on-year in China in the first seven months of 2020. The company is also eager to recruit more local talent.

Boosted by momentum such as 5G, new infrastructure and next-generation factories, China's investment environment has become more attractive, Herweck said. The company has seen a large number of innovation results from its Chinese teams and partners, and the commercial environment in many sectors has notably improved in China, he added.

Xie Wen, director-general of the goods and services tax department under the State Taxation Administration, said the government will continue to implement preferential tax and fee policies for Chinese exporters as well as foreign companies to ease their operational pressure in the second half of the year.