As China's mid-year 618 shopping festival approaches, more Chinese firms who have suffered under the strain of the coronavirus and other economic headwinds, have been jumping on the livestreaming bandwagon to promote product sales, looking to shore up their virus-hit businesses and tapping into the consumer market of the world's second-largest economy -- which is on the path to a rapid reboot. 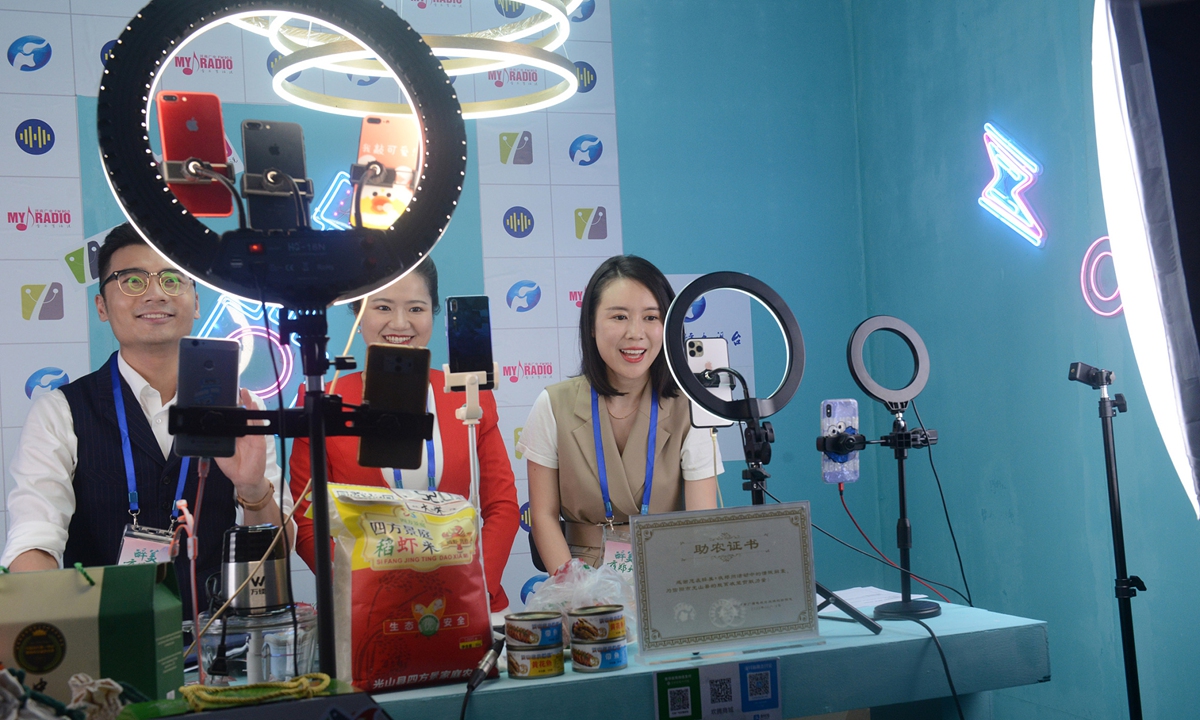 The popularity of New Oriental Education's bilingual live broadcast course is a typical example of how Chinese enterprises across different industries have successfully transformed and diversified business lines to expand revenue amid a shifting regulatory environment and downward economic pressure.

At the same time, airlines such as China Southern Airlines and Hainan Airlines have set up regular live broadcast courses to promote cosmetic products, with offerings priced even lower than that of duty-free stores.

Since late May, various special livestream sessions linked to the mid-year 618 sales event have also been launched by major airlines, featuring not only cosmetic products but also "fly happily" deals, airline ticket "blind boxes" and other aviation themed products, such as cultural and creative merchandise.

To date, the "Southern Airline Global Shopping" account in short video and livestream platform Douyin has accumulated 230,000 fans. One of its best-selling products, an eye cream, has sold over 23,000 bottles.

A white-collar worker based in Beijing surnamed Zheng, who often purchases products through livestreaming, told the Global Times on Friday that she is impressed by how "the new anchors in the livestreaming industry," such as teachers from educational institute and flight attendants, organized live broadcast courses and product sales events.

"The new anchors are fresh and professional, but with their unique charm. For example, the beautiful flight attendants talk in a gentle way, which is quite different to the previous popular model of using loud and exaggerated voice to pique consumer interest," Zheng explained.

As newcomers injected new vigor into the industry, industry observers expected livestreaming to play a larger and more pivotal role in product selling during the mid-year shopping binge, which is also deemed as "a window of opportunity" to drive up China's flagging consumption data in the first half of 2022.