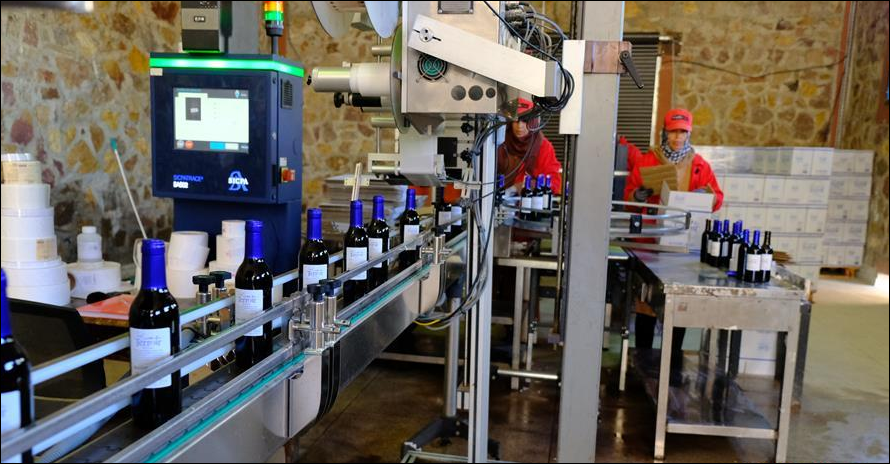 The participation of the Morocco's agricultural company Red Farm at the first China International Import Expo (CIIE) is beginning to bear fruit.

Its general manager Mamoun Sayah told Xinhua that he would return to China in late February to choose an exclusive importer for his company's wines into the Chinese market.

After this exhibition, "we have received a lot of offers, including three big importers who are looking for the exclusivity of our wines," he said in a recent interview, wishing for the time to remain discreet about their identity.

Heading to Shanghai last November to present its wines with a unique flavor and an exotic identity to Chinese drinkers, Red Farm has had "a very good experience," he said. "We had a beautiful stand, with an ideal placement at the entrance of the exhibition" and "people were asking a lot of explanations about our different wines, 23 references in total."

As Chinese people know relatively little about Moroccan wine, the huge Chinese market is also unknown to the Moroccan wineries. Sayah acknowledged that the CIIE had helped him know the diverse tastes of Chinese consumers.

"Chinese visitors enjoyed our high-end wine called Ithaque, a red wine that our chief winemaker prepared for this year's new vintage, and they were really surprised by the Vin Gris (grey wine), a classic Moroccan wine with aroma and mouthfeel of grapefruit and candy," he explained.

Over the years, China has become the second largest import market of wines. North African winemakers, as new players, will have to face fierce competition with French, Argentinean and Chilean producers.

Already presented in luxury hotels in Morocco, oriental restaurants in France, as well as supermarkets in Belgium and the western United States, Red Farm aims eventually to win further more the favor of Chinese consumers .

Through participation in the CIIE, Sayah has seen the new characteristics of the Chinese market, e-commerce in particular.

He has therefore decided to adapt his marketing strategies to consumer trends in China, indicating he wants to focus on potential distributors who are very advanced in e-commerce.

The general manager intends to display a QR code on the bottles "so that the customers can directly read the characteristics of the wine."

For the future, the general manager has many ambitions to break the encirclement of French wines and find a place in the Chinese market. He says he is open to all the events that could promote his products.

"After the CIIE, we are convinced that the Asian markets and the exhibitions in Asia provide a real opportunity to meet our potential collaborators and achieve our export objectives," he said confidently.