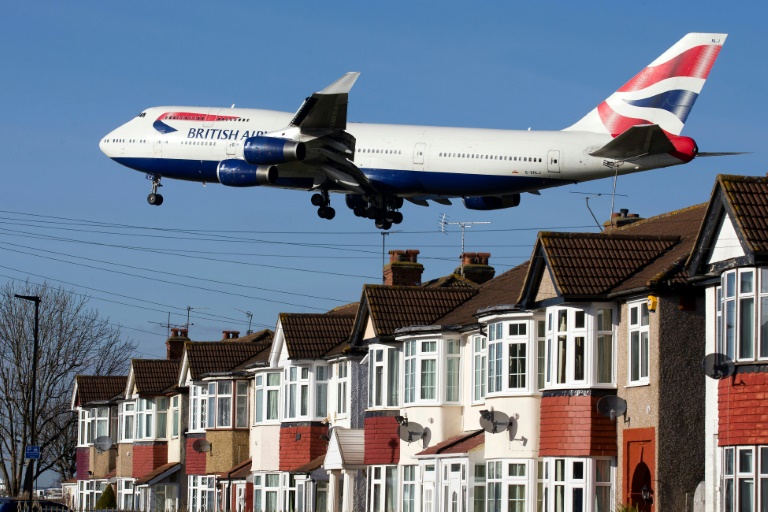 Many MPs, particularly those representing London and south-east England, are strongly critical of plans to build a new runway at Heathrow airport, fearing the noise and pollution impact on a densely populated area. (Photo: AFP)

British MPs are set Monday to approve plans to build a third runway at London Heathrow, Europe's busiest airport, after decades of debate.

Prime Minister Theresa May's government agreed to the £14 billion (15.9 billion euros, $18.5 billion) plan earlier this month, saying it would provide a major boost to the economy.

The House of Commons is expected to back the expansion despite opposition from many MPs from London and south-east England, where residents fear the extra pollution and noise from an increase in flights.

Among them is Foreign Secretary Boris Johnson, who once pledged to lie in front of bulldozers to stop construction, but has arranged to be abroad for the late-night vote.

Transport Secretary Chris Grayling said he was "cautiously optimistic" of securing approval for the plan, which officials say could create up to 114,000 local jobs by 2030.

"This is a momentous vote that has been 50 years in the making and represents the biggest transport decision in a generation," he said.

"At stake are thousands of new jobs and the country's ability to compete on an international stage and win new global trade."

Heathrow hopes to begin construction by 2021 although it must still obtain planning permission and could face legal challenges.

Grayling said the project would be funded by the private sector, adding that the government would work with Heathrow's operator to ensure costs are not passed on to airlines.

British Airways owner IAG has expressed concerns about higher landing charges for what it said is already the most expensive hub airport in the world.

Grayling also insisted the plan could be delivered without breaking Britain's commitments on climate change, and has sought to reassure locals with a ban on night flights.

A junior trade minister and London MP, Greg Hands, quit the government last week to vote against the expansion, and criticised Johnson for dodging the decision.

"I wouldn't want to be abroad...#commitments," Hands wrote in a Twitter message.

May has ordered all her Conservative MPs to back the plan, but she supported Johnson's trip abroad, saying he would be the "living embodiment of global Britain".

It was not clear exactly where Johnson was going, with the Foreign Office keeping silent, citing security concerns.

In a letter to his constituents obtained by London's Evening Standard newspaper, he said he would continue to lobby within government against Heathrow.

"But it is clear from what is likely to be a large majority of MPs who are in favour of a third runway that my resignation would have achieved absolutely nothing," Johnson wrote.

The minister, a leading voice for Brexit in the government, added that given the "considerable difficulties" that the project still faced, it may not ever happen.

The main opposition Labour party is against Heathrow's expansion but has given its MPs a free vote and many will back the plan, particularly as it has trade union support.