China's latest move to highlight multilateralism will pave the way for the reform of the World Trade Organization, restoring the functioning of its dispute settlement mechanism, experts and business leaders said on Sunday. 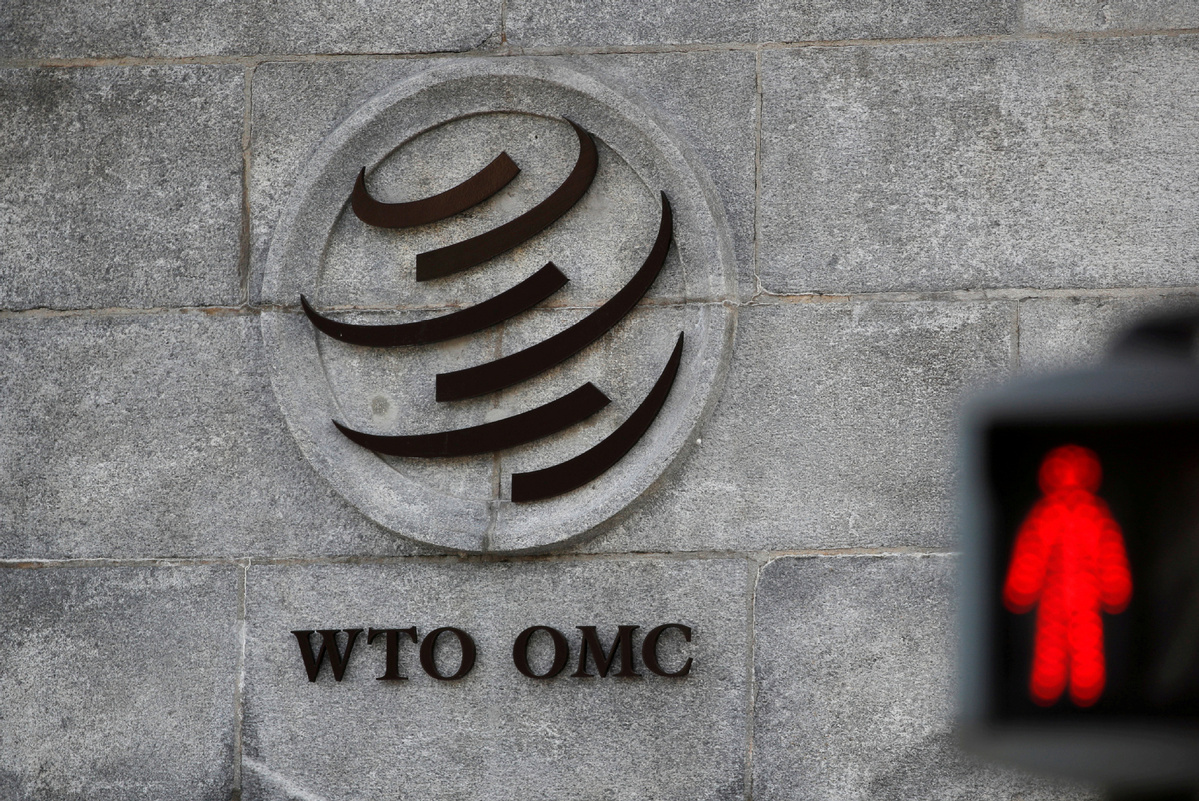 A logo is pictured outside the World Trade Organization (WTO) headquarters next to a red traffic light in Geneva, Switzerland, October 2, 2018. [Photo/Agencies]

They commented after Commerce Minister Wang Wentao called for faster moves to appoint a new director-general of the WTO, based on the recommendation of the selection committee, resume normal functioning of the appellate body and fix the time and venue for the 12th WTO Ministerial Conference. That would magnify the role of the WTO and boost the world's confidence in multilateralism, he said.

Wang made the remarks in a virtual WTO meeting of fellow ministers, hosted by Switzerland on Friday. They discussed priorities to enhance the rules-based multilateral trading system in support of an inclusive, sustainable and resilient global recovery.

Since a certain WTO member has been blocking the selection of the appellate body judges since mid-2017, the appellate body, considered the supreme court for global trade disputes, has been paralyzed since Dec 11, 2019. The appellate body is supposed to have seven judges and needs a minimum of three to function. The last member left office on Nov 30, 2020.

Bloomberg reported last week that the new administration of US President Joe Biden was "not yet ready to engage in a debate" over how to restore the WTO's appellate body.

Apart from suggesting that the WTO members jointly set an agenda for reform of the Geneva-based international organization, Zhao Ping, vice-president of the research institute at the Beijing-headquartered China Council for the Promotion of International Trade, said it is vital for China to uphold the core values and basic principles of the WTO, such as openness and nondiscrimination, to advance reform of the global governance system.

As this year marks the 20th anniversary of China's accession to the WTO, she said "restoring the functioning of the appellate body is practical to facilitate the dual-circulation development paradigm, featuring further opening-up and the synergy of domestic and foreign markets".

After the paralysis of the appellate body, 119 members, including China and the European Union, put forward proposals to immediately start the selection of appellate body judges, according to the Ministry of Commerce.

China, together with 42 other members, submitted proposals on institutional reforms of the appellate body. They have participated in WTO negotiations to create conditions for starting the selection.

"Trade disputes will only lead to recession, while working international business rules, a dispute settlement system and free trade deals will boost the economy," he said.

With increased protectionism and the COVID-19 pandemic, global trade is even more important, "as all countries and regions depend on open, transparent and rules-based trade to provide reliable access to essential goods and services to boost their economies and stabilize the job market", said Javier Gimeno, senior vice-president of Saint-Gobain SA, a French industrial conglomerate.

China will remain engaged in the negotiations on fishery subsidies in a constructive manner and contribute to the achievement of the United Nations' 2030 Sustainable Development Goals, he added.

China, eager to work with other members to resume the normal operation of the WTO, will support progress in negotiations on investment facilitation, e-commerce and public stockpiling for food security purposes, according to a statement released by the Ministry of Commerce late on Friday.