Multinationals step up investment in China 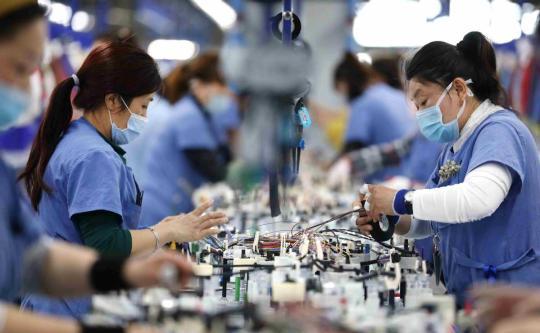 Foreign multinational companies are stepping up investment activities in China this year, noting its economic resilience reflected by its quick recovery from the impact of COVID-19 and its huge market potential, according to industry insiders.

Felix Gutsche, president and CEO of the China branch of Boehringer Ingelheim, said the company will continue to direct investment to China as it is "a market of the present and of the future".

Entering China 25 years ago, and as one of the fastest growing multinationals in the country, the company, headquartered in Ingelheim, Germany, plans to invest more than 450 million euros ($529 million) in China over the next five years across its main business areas, including pharmaceuticals, animal health, and biopharmaceutical contract manufacturing.

Gutsche said the investments will go into production sites, research sites and clinical development. The company has entered a fourth business in China, called healthcare solutions, to provide services with a stroke rehabilitation clinic in Shanghai.

"I think we probably all realize that the Chinese economy is projected to be the only economy that will have positive growth at the end of the year, which is a very good news, particularly in times of COVID-19," he said.

With all of its clinical programs globally coming to China, Boehringer Ingelheim is continuously investing in research collaborations.

In July, it opened in Shanghai the first branch of its digital lab, BI X, outside Germany because it believes China is one of the fastest developing markets for digital solutions.

Also in July, Boehringer Ingelheim launched in Shanghai its External Innovation Hub China, which is expected to consolidate the company's innovation capability while tapping into the unique technologies and expertise of partners in multiple fields.

The hub will identify new technologies, propel them into the research and development pipeline and leverage venture funds to accelerate transforming results into products that benefit patients.

Shi Lichen, founder of Beijing Dingchen Consultancy, said China's pharmaceutical market, second only to that of the United States, has the greatest potential in the world due to the large population and to business opportunities arising from China's ever-deepening reform and opening-up.

"The domestic market is restructuring, with a focus on high-quality development and innovation, which is creating room for further cooperation between domestic and foreign companies," he said.

As China has been rolling out policy measures to ensure stability in employment, finance, foreign trade, foreign investment, domestic investment and market expectations, it has been sharing markets and opportunities with foreign investors.

According to the Ministry of Commerce, foreign direct investment into the Chinese mainland grew 18.7 percent year-on-year to $12.3 billion in August, the fifth successive monthly increase.

It has accelerated new product launches in China since the second half of last year and expects to double its new products launched in China within five years, owing to the huge consumer market.

Christine Zhou, senior vice-president of Novo Nordisk and president of its China arm, said the company is impressed with China's efforts and achievements in containing COVID-19 and the resilience of the Chinese economy.

Gutsche, of Boehringer Ingelheim, said China has made huge advances in recent years in innovation and investment climate, and he thinks within three to five years that many innovations will be produced in China, not only for the Chinese, but also potentially for the global market.