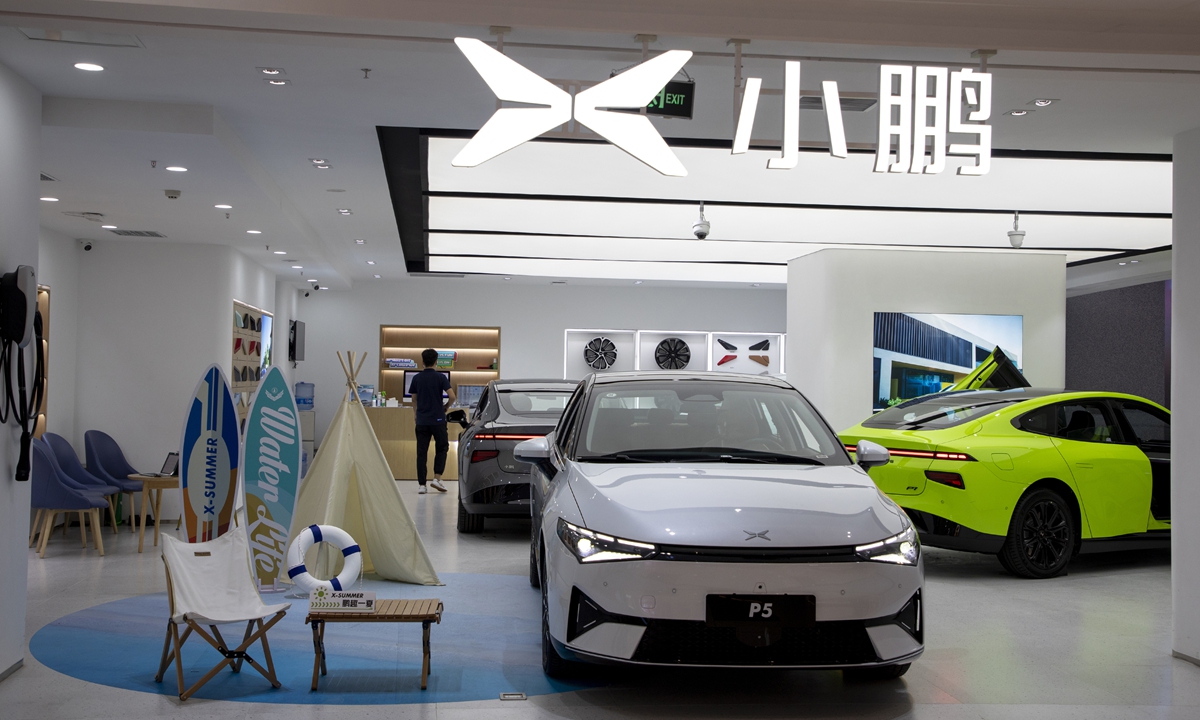 As an emerging technology, automatic driving still has many shortcomings, yet car makers seem to gravitate toward over-hyping their products and services which lead to misuse of what is still a developing technology, an industrial analyst said on Friday after a fatal car accident involving Chinese electric car maker Xpeng Motors sparked widespread concern among netizens.

After verification, a car owner driving an Xpeng vehicle collided with an individual in front of the vehicle checking a broken-down car parked on the highway in Ningbo, East China's Zhejiang Province, on Wednesday, resulting in a casualty, the carmaker confirmed with the Global Times on Friday.

"We express our grief and condolences to the tragic loss of life in this accident. The traffic police department has filed a case, and our staff arrived at the scene as soon as possible to assist with the investigation," read a statement sent to the Global Times by the company.

The company said it will fully cooperate with relevant departments in conducting an accident investigation and follow up in addition to assisting customers with subsequent matters.

While citing alleged social media chat records of the car owner, earlier media reports said the driver's vehicle had its assist driving on when the accident occurred.

The news recalled earlier incidents among netizens about the fatal accidents involving automatic driving functions; and not only Xpeng, but many car makers from both home and overseas have similar records.

A Tesla vehicle, which reportedly had its automatic driving on, ran into a parked police car in Florida, US, in last August. Three months earlier in May 2021, a Tesla vehicle crashed two on-duty police officers on an overpass in China's Zhejiang Province, killing one, according to media reports.

Another Chinese new energy vehicle brand NIO was also involved in a fatal car accident with one of its ES8 vehicles in last August.

As for the latest Xpeng vehicle accident, official responsibility confirmation by police is not yet available. Based on current information, it is possible that Xpeng vehicle driver, which reportedly did not timely take control of the car from its automatic driving functions, will assume major responsibility, Feng Shiming, an auto analyst with Shanghai-based Menutor Consulting, told the Global Times.

However, many car developers tend to over hype their automatic driving products and services, without adequately informing consumers about the limits of the technology's usage, and the truth is many drivers do not have clear understanding over the automatic driving function of their own cars, Feng said.

The situation has led to misuse of the automatic driving functions; while simply attaching a vague disclaimer may help car producers avoid responsibilities, but they are unable to avoid fatal accidents from happening, he added.

There are many aspects that need to be enhanced to shore up safety performance of this emerging technology, from strengthening core technology, to strengthened detecting techniques over drivers, as well as enhance legislation over this area, Feng concluded.

China has become a frontrunner of new energy vehicles and related technologies, experts said, noting that these problems often accompany the development of new innovation and it is a priority for related parties to rapidly amend loopholes in technology and at other levels.