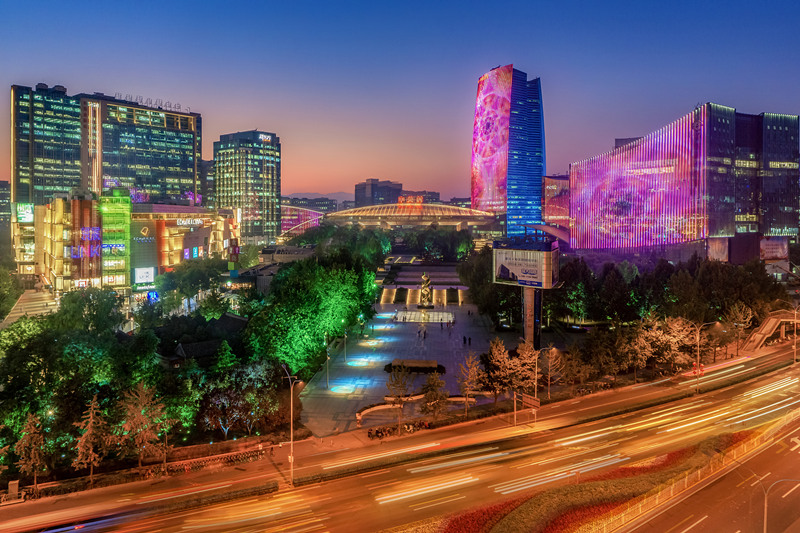 "According to the related measures in Zhongguancun Science City, start-ups that carry out autonomous driving closed tests can receive a subsidy of up to 50% of the test cost. Additionally, those that carry out innovations in key areas of technological research and development can receive up to 10 million yuan in financial support," said a person in charge of the administrative committee of Zhongguancun Science City.

Pony.ai is just one of numerous typical cases in Haidian district of companies benefitting from multiple favorable policies.

Zhongguancun National Innovation Demonstration Zone is the core development area of Haidian district. Since Beijing received approval from the State Council in September to build a comprehensive demonstration zone for further opening up the service sector and a pilot free trade zone, favorable policies have tripled, giving full play to Haidian district and its competitive edge in terms of talent. The district is determined to further open up, expand international cooperation in science and technology, and foster the growth of enterprises so as to ensure the fast development of Zhongguancun Science City.

Haidian district has formulated a work plan to push forward its development. It will accelerate the implementation of four key institutional innovation policies, including building an international information industry and digital trading port, strengthening the use and protection of intellectual property rights, fostering an ecology that favorable to innovation and entrepreneurship, and opening up and encouraging innovation in the financial sector. All of these four aspects are now steadily progressing.

The district will also focus on the development of three key industries, namely, information, medicine and health, and scientific and technological services.

Haidian district has made every effort to promote institutional innovations in four key areas. As a national digital service export base, Zhongguancun Software Park has developed into a national leading industrial cluster.