Elon Musk relaunched a Twitter subscription service on Monday after a first attempt saw an embarrassing spate of fake accounts that scared advertisers and cast doubt on the site's future. 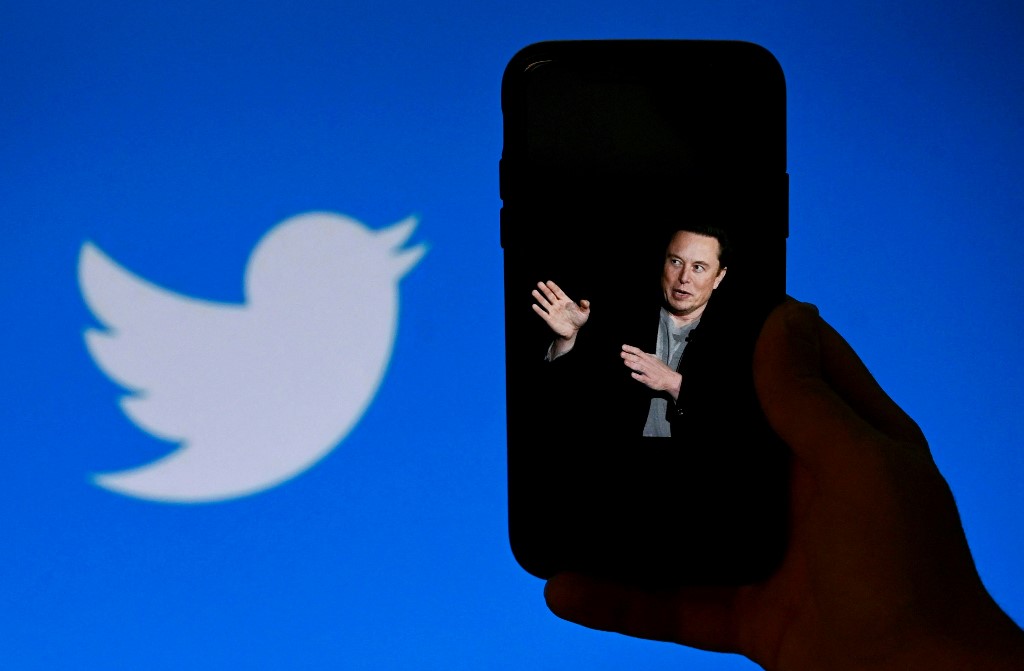 The first try last month came just 10 days after Musk's $44 billion takeover of the platform and a mass round of layoffs that saw company staff levels halved, including teams of workers moderating content.

The relaunch of Twitter Blue in a handful of countries including the United States comes as the Tesla and SpaceX owner has stepped up his tweets endorsing right-wing causes, including opposition to the use of gender neutral pronouns and the US government's response to Covid-19.

The subscription service costs $8 per month for users accessing Twitter on the web and $11 if signing up on an Apple device.

The initial rollout of Twitter Blue caused an uproar when many fake accounts popped up pretending to be celebrities or companies and Musk's team was forced to pull the plug on the scheme.

This time, the company beefed up its verification procedure with a review required by Twitter before receiving the coveted blue mark.

A blue checkmark on an account, which indicates it has been verified by Twitter, was previously free but reserved for organizations and public figures in an attempt to avoid impersonation and misinformation.

The relaunch came the same day as reports that Musk disbanded Twitter's Trust and Safety Council -- a body created six years ago that allows the company to tap into global experts for help shaping strategies around hate speech, child safety, civil rights and other sensitive issues.

An email sent to council members said Twitter is reevaluating how it brings "external insights" into its work and decided that the council is "not the best structure to do this," The Washington Post and CNN reported, citing copies of the message.

Some members of the Trust and Safety Council had already resigned in protest, saying the wellbeing of Twitter users was declining with Musk in charge, CNN reported.

Since his takeover, content moderation has proved to be a major headache for Musk, who has described himself as a free-speech absolutist and vowed to let people tweet whatever they want, within the law.

But the billionaire's commitment to unfettered comment has scared off major advertisers and caught the attention of regulators.

Musk believes that the previous ownership of Twitter held a strong left-wing and pro-LGBTQ bias and unfairly banned accounts, including that of former US president Donald Trump.

On Sunday he lashed out against the outgoing key advisor for the US response to the Covid-19 pandemic, Anthony Fauci, a frequent target of vitriol on right-wing media.

"My pronouns are Prosecute/Fauci," Musk said, tauntingly playing on the growing practice for people to indicate their preferred gender pronouns.

By late Monday, trending comment on Twitter in response to Musk called for people to change their pronouns to Boycott/Tesla.

The White House blasted Musk for the tweets against Fauci calling them "disgusting" and "divorced from reality".

"These are incredibly dangerous, these personal attacks that we are seeing," said White House spokeswoman Karine Jean-Pierre.

CNN reported that Twitter's former head of trust and safety had fled his home after baseless attacks on Twitter, endorsed by Musk.

Yoel Roth, who left the company in November, has been the subject of threats since Musk's release of internal documents that play into unsubstantiated theories about collusion by some inside Twitter with the Democratic Party.

The attacks took a serious turn Sunday when Musk endorsed a tweet that accused Roth of being an apologist for pedophilia -- a common trope used by conspiracy theorists to target opponents.

Musk was loudly booed by a crowd in the city late Sunday after he was invited on stage by comedian Dave Chappelle.

"It's almost as if I've offended San Francisco's unhinged leftists... but nahhh," Musk tweeted after the event.

Carolina Milanesi, a tech analyst for Creative Strategies, warned that Musk's political turn on Twitter could be problematic for the company going forward.