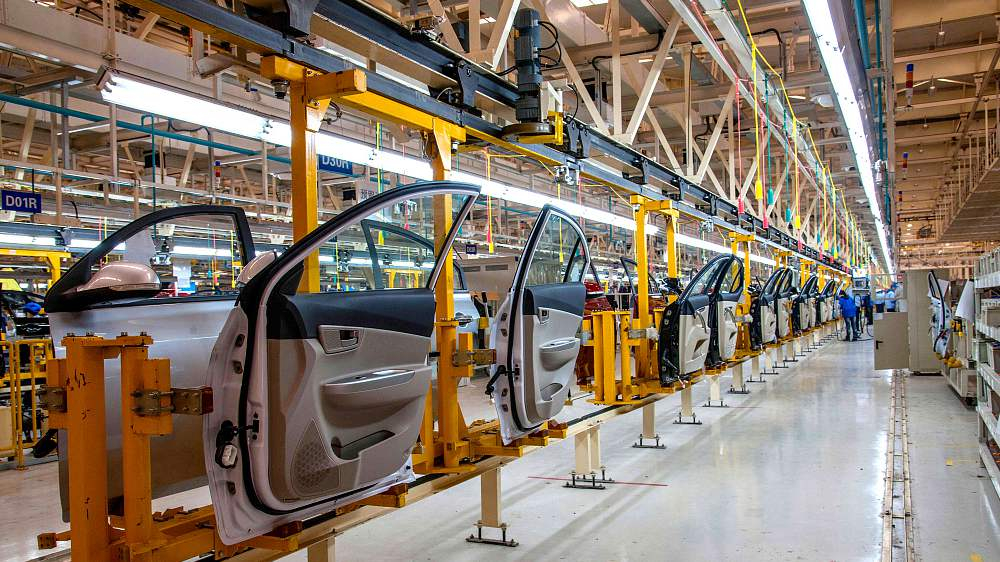 Both China's official and Caixin manufacturing PMI exceeded earlier expectations, offering hopes that the domestic economy may start picking up from here. Still, price reactions among different markets on Monday sent a message that substantial recovery may be needed.

Official manufacturing PMI was above the key threshold of 50 for the first time since April this year. Still, moves in Shanghai stocks and yuan remained flat in Monday's trading session while PMIs for medium and small companies remained below 50. The manufacturing PMI for China's large companies returned back to above 50, however, smaller companies continued to struggle.

Domestic demand picking up with some seasonal factors

Prolonged periods of decline in producer prices have eroded manufacturers' profits, as factory deflation weighed on over the past four months. But relevant indices in PMI last month offered hopes that demand is starting to pick up.

Manufacturing PMI new orders jumped by 1.7 points, the biggest increases since March 2018 to 51.3, while its output PMI index rose 1.8 points to 52.6. Rises in new orders and output indices indicated that deeper declines in producer prices may have paused last month. The pick up in infrastructure projects could be one of the main reasons behind the rising domestic demand. Steel industry PMI rose to 45.4 in November from 41.3 earlier.

However, there was no substantial rise in prices of iron ore and other related industrial metals, which showed that onshore manufacturing activities remained soft. A pick up in manufacturing activities could be largely lifted by seasonal effects, such as some working flows being postponed to November after the national holidays in October. Besides that, some front-loading manufacturing and construction activities might have occurred in November due to warm weather last month.

Signs of improving external environment also emerged. China's new export orders PMI increased by 1.8 points, the biggest increase from April, to 48.8. The moves of the export orders PMI have been in tandem with the Caixin manufacturing PMI, whose survey samples are heavily export-oriented companies focused.

Caixin new export orders slowed modestly from October, but the reading above 50 for a second consecutive month is the first time since March 2018. Many of those participants said both domestic and external demands are improving, according to Caixin.

PMIs of Asian countries like Japan, Indonesia, Malaysia and showed a smaller pace of declines. While South Korea's exports for the first 20 days of November, which is a leading indicator to check the health of the regional economy, fell 9.6 percent. The declines were the least since April this year.

Broad-based improvement in the external environment is largely driven by three factors, which are:

1)    Hopes of de-escalation on US-China trade tensions in the past two months. Both the US and China said that they are closing to the partial agreement of the trade deal. There is the possibility that trade tensions between the two sides may officially de-escalate for the first time this year if any agreement to be reached this month.

2)    Global stock markets are at an all time high, boosting confidence in the real economy. MSCI world equity index jumped by 2.6 percent to 2,293.26 in November, reaching another historic high. There are increasing debates on whether the current rally in global stocks justified the fundamentals, but higher prices in equities directly improve the companies' balance sheet, lifting investors' and corporates' confidence in the economic outlook.

There are also warning signs that the overseas environment remains largely unstable, as uncertainties remain high on these three factors in 2020. Details of the partial deal, which will be crucial in deciding the outlook on trade negotiations in the future still remain unknown at this stage. Outcomes on the partial trade deal are believed to have a significant impact on the global asset prices, including of stocks and bonds, which may influence the upcoming central banks' decisions.