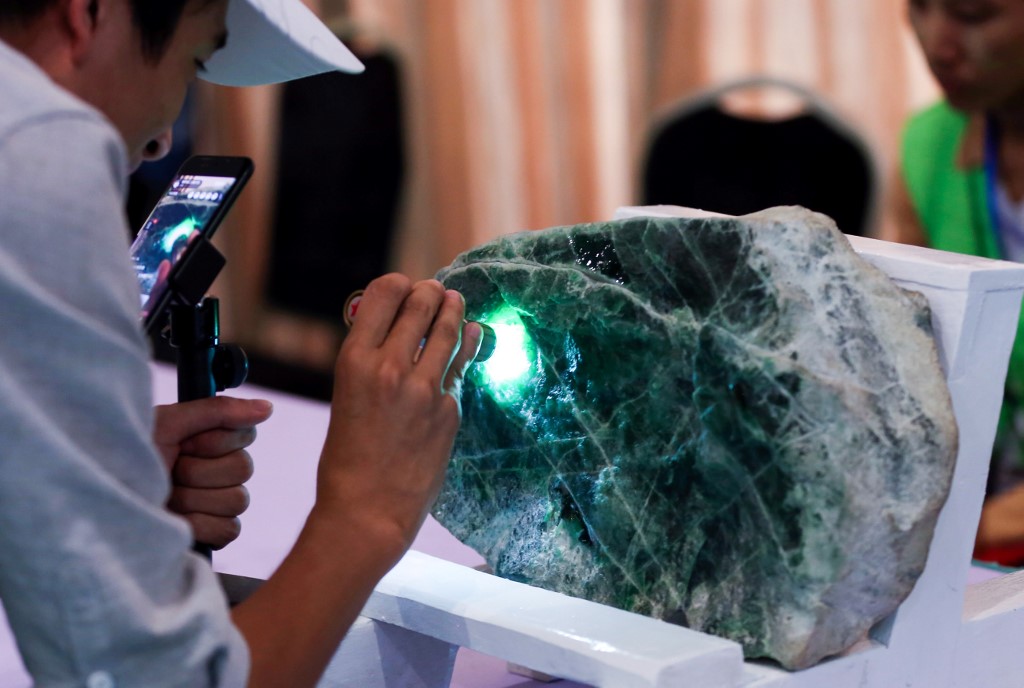 A buyer checks a jade stone before the auction during the annual Myanmar Jade, Gems and Pearl Emporium in Myanmar's capital of Naypyidaw on September 16, 2019. (File photo by AFP)

The gems and jade sale event, kicked off in capital city Nay Pyi Taw on Jan. 2, was organized by the Myanma Gems Enterprise (MGE) under the Ministry of Natural Resources and Environmental Conservation.

A total of 3,491 jade lots and nine gem lots were sold at the event, with 2,023 merchants in attendance, said General Manager Thet Khaing.