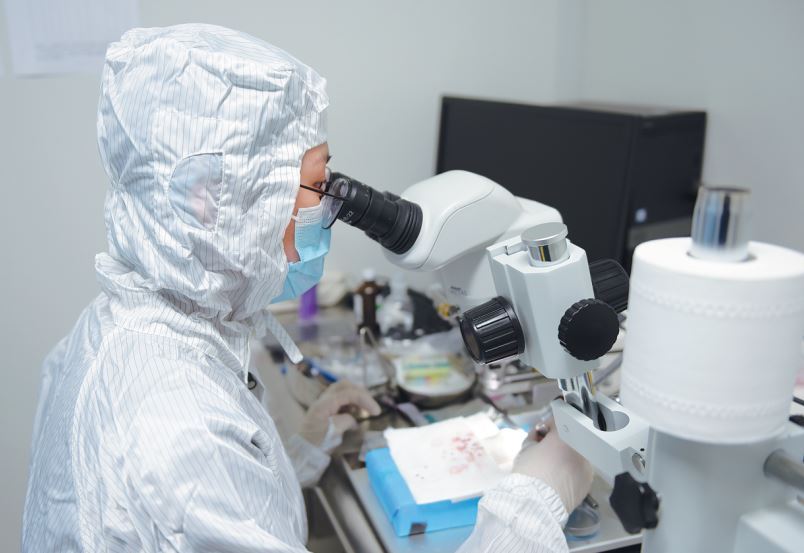 Gao Kaiyu, 29, started his career in 2019 as the deputy head of a medicine research and development platform in Nanjing, capital of East China's Jiangsu province.

"I'm pleased that the company has offered me a great opportunity for career development. I can not only learn how to manage a medicine development platform but lead one of the R&D projects," Gao said.

He received five to six job offers when he graduated from Peking University's Institute of Molecular Medicine as a doctor, he said. He chose the Nanjing Jiangbei New Area to start his career.

He was attracted by the bright prospects of the area in the field of biomedicine as well as the company's great support for cutting-edge drug R&D projects that were in the initial stage, Gao said.

His story exemplifies Nanjing's pursuit of industry experts to develop high-tech industries and make innovation a new trademark of the city that is renowned as an ancient capital of China.

Nanjing launched a program in 2018 to build itself into a major global innovation hub by 2025. Biomedicine is one of the tech sectors that the city aims to develop as one of its dominant industries, whose total output is targeted to contribute four-fifths of the city's GDP this year. Last year, Nanjing's GDP was 1.4 trillion yuan, up 7.8 percent year-on-year.

In all, it will focus on four advanced manufacturing sectors: electronics and information; smart equipment; biomedicine and new materials; and green, smart automobiles, as well as several emerging future-oriented industries. In addition, modern services are also under its spotlight: software and information; finance and technology; culture and health; and modern logistics and high-end commerce.

To achieve the goal, the local government has provided special support for major national technology infrastructure in Nanjing, offered fund assistance and tax benefits to technology companies, and attracted in-demand talent by aiding them in housing, children's education, and obtaining household registration or hukou.

The city also emphasizes international cooperation in technological innovation, in terms of introducing foreign talent, enterprises and research institutions to Nanjing, and holding international events like the Nanjing Tech Week 2020 that concluded in late June.

Nanjing's ambition in creating a first-class innovation ecosystem is backed by its rich scientific and educational resources. It has 53 universities and colleges, with the ratios of college students and graduate students to total population both ranked the second nationwide.

The city was ranked 12th in the list of top global science cities published by Nature Research in 2018.

During the first quarter of the year, technology sectors have helped anchor the economy of Nanjing against the COVID-19 disruption. The output of high-tech manufacturing sectors grew by 7.9 percent year-on-year to 134.42 billion yuan, outpacing the whole industrial sector by 7.1 percentage points, the local statistics bureau said.

Nanjing's GDP grew by 1.6 percent year-on-year to 324.7 billion yuan for the first quarter, bucking the nationwide 6.8-percent plunge, the bureau said. The push for innovation-driven growth also benefited people's living, with the personal disposable income rising by 2.4 percent from a year earlier to 17,886 yuan in the first quarter.

In the face of challenges posed by the COVID-19 epidemic, the city must stick to innovation as the major source of development and continue its endeavor in promoting innovation as Nanjing's distinctive edge, Zhang Jinghua, Party secretary of Nanjing, said in a recent meeting.

Zhang stressed the local government should accelerate its effort to nurture market entities and ensure the number of high-tech companies continues to substantially grow this year.

The city incubated and introduced 1,204 enterprises and signed partnerships with 78 new type of R&D institutions during the first five months of the year, according to a report in Nanjing Daily.