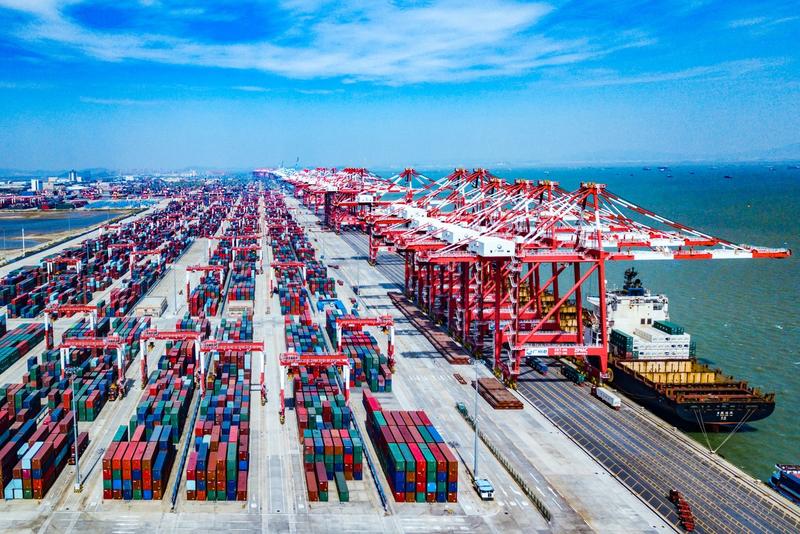 Port operators in Nansha of Guangzhou, the capital of Guangdong province, have prepared well for a peak arrival of Chilean cherries in mid-and-late December, by introducing measures to ensure a smooth and fast clearance of cherry containers.

It is estimated that over 10 express vessels loaded with Chilean cherries will arrive at the Nansha Port in late December, according to the Guangzhou Port Nansha Port Co Ltd.

Over 25,000 imported fruit containers were handled at the Nansha Port in the past 11 months, four times more year-on-year.

Customs clearance procedure and efficiency for imported fruits at the Nansha Port will be dramatically optimized, with containers being directly trucked to cold chain warehouses inside the Nansha container terminals and completing one-stop service for inspection, disinfection and nucleic acid test, according to the port company.

Covering an area of 208,000 square meters, the project plans to build up six cold chain warehouses with a storage capacity of 460,000 tons.

Construction of the first phase of the project, which includes three cold chain warehouses, has been completed, equipped with 162 platforms for inspection, the company said.

Since the local customs started to regularly handle customs inspection at the project in October, the daily fruit inspection capacity in Nansha has increased by four times as compared with the previous year, according to the company.

Local customs have also pledged to facilitate the customs clearance efficiency of perishable agri-food products while strictly regulating the food safety of imported fruit, to support the cold chain business development at the Nansha Port.

Benefiting from the improved customs efficiency, imported fruits will be directly transported to local fruit market within two hours, after unloading of containers, the company said.