BUSINESS Nascent industry attracting billions of dollars’ worth of investment

Nascent industry attracting billions of dollars’ worth of investment 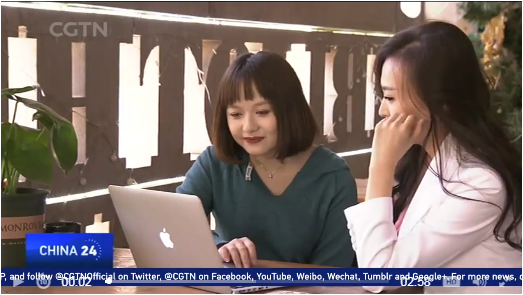 China’s technology boom has changed people’s lives in remarkable ways. We know all about the convenience that e-commerce and mobile payment services have brought us. But what's emerging right now is a genetic screening which reveals all kinds of personal information – from health risks to ethnicity and even personality traits.

DNA can be linked to more than 10 ethnicities – Ma Ye, 25, was surprised when she read her genetic test report, which revealed that she wasn’t quite the pure-bred Asian she thought she was.

"I took the test out of curiosity. And the result was quite astonishing to me: I'm 80 percent Chinese, five percent French, and what's the most surprising, one percent Mayan," she told CGTN.

Too simple to be trusted?

Such a test has now become quite popular in China. And the procedure is simple: put your saliva in a tube, and mail it in.

In two weeks, you’ll be able to unlock the secret of your genetic code, which can help you identify potential ancestors, and even see how vulnerable you are to certain diseases.

However, Gao Yang – the chairman of Berry Genomics, who's also an industry expert – says people shouldn’t read too much into the results.

"Such commercial direct-to-consumer genetic tests should only be used for reference. The association of phenotypic characteristics and genes is complicated and varies for different ethnicities," he said.

"A disease can be influenced by a variety of factors, such as living habits and local environment. Given the current accuracy of commercial genetic technology, the tests are not yet reliable enough to make any clinical decisions."

Surprisingly perhaps, this isn’t the first time genetics has been used to aid people’s health and well-being.

In 2013, after tests revealed she had a high chance of developing breast cancer, Oscar-winning actress Angelina Jolie famously said she “proactively” underwent a double mastectomy to reduce some of the risk.

Gao Yang says there are some diseases, in which the tests really do provide credible results.

"Clinical genetic testing is another significant area in the gene science industry," he told CGTN.

"Clinical genomic companies largely emerged from the scientific research industry, and are primarily focused on offering medical testing services. Most of the diseases they target can be predicted through gene tests."

Pour the money in

In China, there are more than 150 genomic companies. And investors are being drawn to the growing public demand they are able to generate for their services.

A rough calculation by CN-Healthcare Review – a Chinese media outlet – revealed that in 2016, 50 Chinese gene companies received total investment of more than 80 billion yuan – or about 12 billion US dollars.

It’s anyone’s guess where this industry will go from here. Investors are confident that the only way is up. However, experts say it won’t all be plain sailing, and significant hurdles and barriers lie ahead.

But for the many dedicated geneticists – who truly believe in the potential of their branch of science – say they're willing to take on these challenges for the betterment of the human race.