BUSINESS Nation ahead of US in likely new front of tech race: analysts

Nation ahead of US in likely new front of tech race: analysts 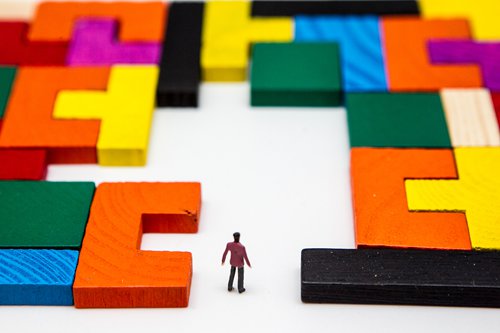 China is spearheading the global development and application of blockchain technology, with a relatively complete, sophisticated system for the technology. The blockchain is considered to be one of the biggest game-changers that will shape the future of innovation and economic growth, industry insiders and analysts said on Sunday.

Given its massive potential, blockchain could become a new front in the heated strategic competition between China and the US over dominance in technology and the US appears to be lagging behind in pursuit of the technology and lacking a clear strategy, they noted.

Blockchain technology, which has been described as an open and distributed ledger or record of transactions between two parties that cannot be tampered with, could be applied to industries including financial services, healthcare, supply chain management, energy and transportation, due to its ability to improve security and efficiency.

The scramble by China and the US to attain the critical technology was highlighted by two events last week.

Chinese President Xi Jinping stressed the important role that the blockchain plays in technological innovation and industrial transformation and called for more efforts in the development and application of the technology during a meeting on Friday in Beijing, the Xinhua News Agency reported.

Just two days earlier, Mark Zuckerberg, the founder of Facebook, warned that China was moving quickly in blockchain technology-based digital currency during a hearing at the US Congress in Washington DC.

"We can't sit here and assume that because America is today the leader that it will always get to be the leader if we don't innovate," he said, according to US news outlet Market Watch.

But many have already claimed that the US, despite its long-held prowess in technological development, was already falling behind China in blockchains, particularly in terms of adaptation of the technology into industries.

"China and the US have their own advantages in the development of blockchain, but China's whole ecosystem is relatively complete," Sha Sha, CEO of Shenzhen-based blockchain company Chainfor, told the Global Times on Sunday, pointing out the Chinese government's clear strategy and the endeavors that Chinese tech giants and universities had made.

Prior to Xi's remarks on Friday, Chinese policymakers have already thrown considerable support behind the blockchain sector.

As early as in 2016, the 13th Five-Year Plan (2016-20), a key document that outlines China's national economic and social development agenda, listed blockchain as an important area of development.

Governments across the country have also offered support for companies involved in blockchain technology. Some even took the lead in adapting the technology.

For example, a tax bureau in Shenzhen, South China's Guangdong Province started to use a blockchain platform to issue invoices and process tax applications.

But as China's blockchain efforts got underway, the US government has no strategy at all for the technology, the Washington Post reported in March, suggesting that China was racing ahead.

The massive Chinese consumer market and rising tech giants such as Alibaba, Tencent and Baidu and their openness toward new technologies also pushed forward blockchain developments in China, according to Roger Wang, chairman of the executive committee of the Indonesia-based Southeast Asia Blockchain Alliance.

"In terms of scale, there is not one country that can compete with China at the moment," Wang told the Global Times on Sunday.

The US is still the dominant player in research and development (R&D) of core technologies and China's R&D capabilities are also catching up fast, Wang noted.

Chinese entities filed the most blockchain patents globally, 790, followed by 762 from the US in 2018, according to a report that the World Intellectual Property Organization released in March.

In terms of companies, 67 of the top 100 companies that filed for the most patent applications in the first half of 2019 were based in China, 16 in the US, according to a report by the domestic news website IPR Daily in August.

Despite the fast rise of China's blockchain sector, there are also plenty of weaknesses, according to Shentu Qingchun, CEO of Shenzhen-based blockchain company BankLedger.

Shentu said that although China is "doing well" in the use of blockchain, the industry has not reached "a large scale" and that the US still holds a clear advantage in certain areas. Companies are also finding it hard to return a profit and face tough financial problems, he noted.

"We hope that the government will expedite industry guidance, point out the direction of the project and set up some investment funds," Shentu said.

After Xi's remarks, a slew of actions can be expected to further support the development of the blockchain industry, said Yi Huanhuan, president of the Beijing Financial Association Research Institute.

There will be pilot blockchain programs starting up in the financial sector and government services plus a "national-level digital bank," he said.

"China's digital currency will play a very important role in the world," he told the Global Times on Sunday.