China will continue to adopt a proactive fiscal policy with more targeted efforts in 2021 to propel economic growth, and some of those measures put in place during the pandemic may remain, according to the Ministry of Finance.

One priority of next year's fiscal policy is to continually implement and improve the mechanism of special direct fiscal transfers, which is an innovative move to channel fiscal funds to primary-level local governments. The scope of the direct funding from the central government will be expanded, according to a statement posted by the ministry after its annual meeting on Thursday. 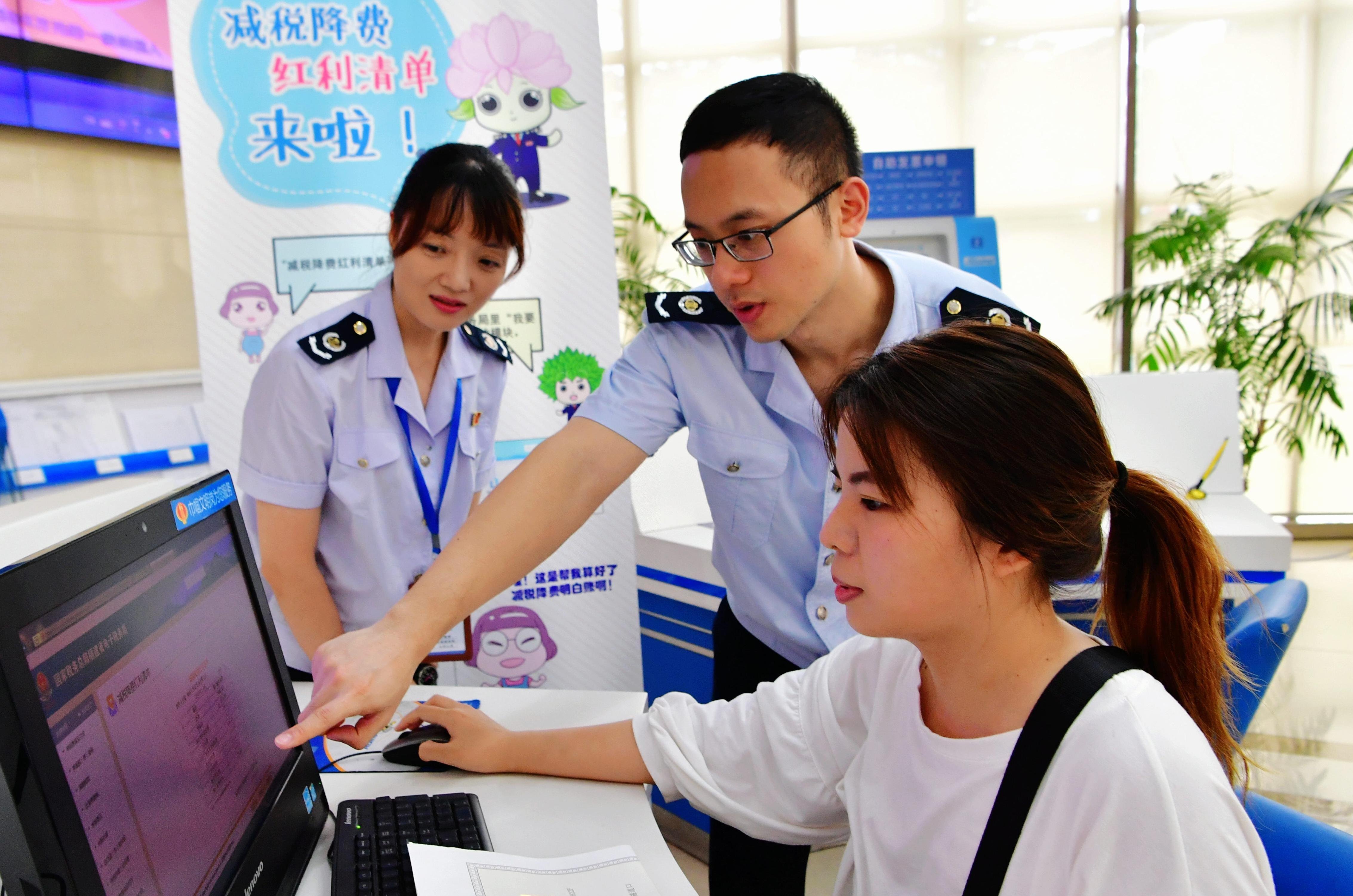 Staff members of tax service help a financial staff of a company (R) to print out a list of her company's tax cuts and fee reductions in Fuzhou, capital of southeast China's Fujian Province, Aug. 21, 2019. (Photo: Xinhua)

China will continue to cut taxes and fees in 2021, and the local governments should take better advantage of special bonds－a debt instrument mainly for infrastructure financing, Finance Minister Liu Kun said at the meeting.

Analysts said that the fiscal measures will remain stable, following the basic policy stance set by policymakers at the annual Central Economic Work Conference. It required macroeconomic policies to be consistent, stable and sustainable.

The finance minister stressed that fiscal and taxation measures should help to boost domestic demand, expand investment and promote consumption. And the policy should also support the new-type of urbanization, focusing on people's livelihood.

The government's fiscal spending should emphasize technological innovation and promote the upgrading of industrial and supply chains, according to Liu.

China's manufacturing purchasing managers' index came in at 51.9 in December, compared with 52.1 in November, the National Bureau of Statistics reported on Thursday. A reading above 50 indicates expansion, while a reading below reflects contraction.

The PMI remained in expansion mode for the 10th consecutive month, indicating that the country's manufacturing sector continued its steady recovery, according to the NBS data.

Recent economic indicators have shown that China's economic recovery has been on track, thanks to the successful containment of COVID-19, as well as swift and supportive macroeconomic policies, said Lu Ting, chief economist in China with Nomura Securities.

Beijing has strengthened fiscal actions to hedge against downside risks after the COVID-19 outbreak and conducted large-scale bailout measures to support enterprises. The government expanded the annual fiscal deficit-to-GDP ratio target to be higher than 3.6 percent with an increase of local government bond issuances.

At Thursday's meeting, Liu urged the prevention and defusion of risks in some key fields, to ensure stable and sustainable fiscal and economic growth."We should actually do well to defuse the risks of local government's hidden debt."