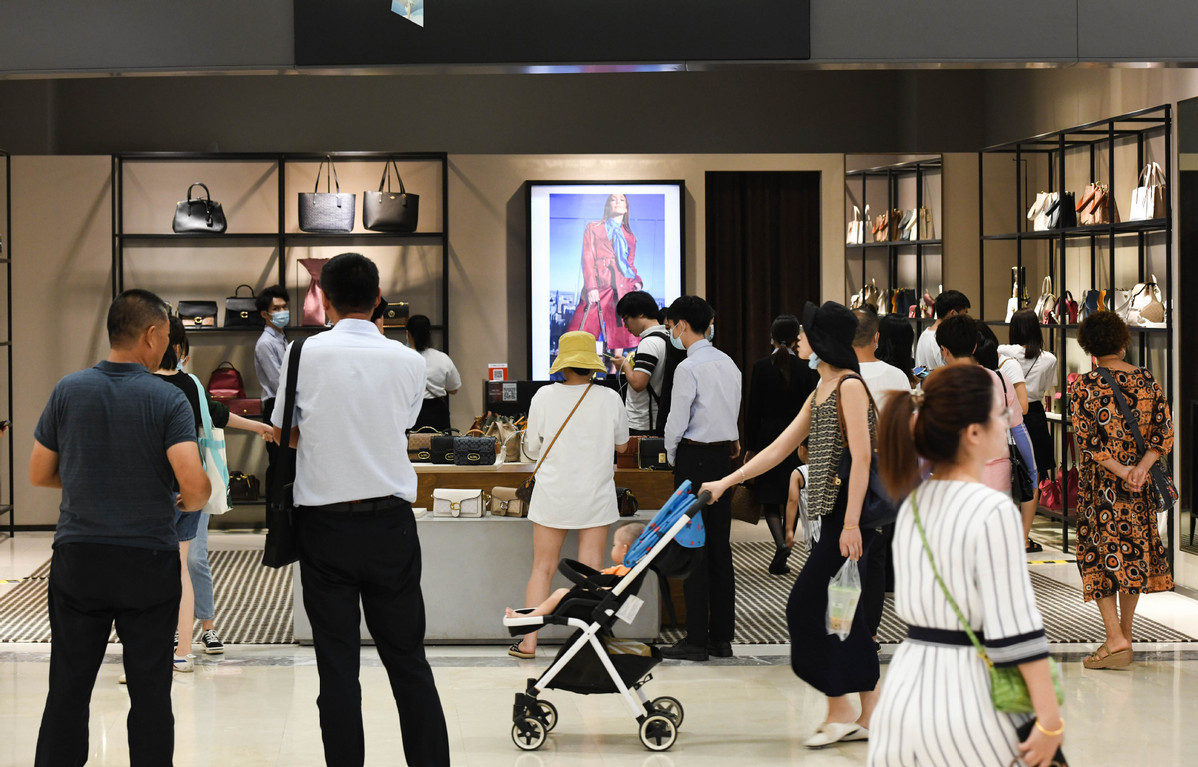 China is taking more steps to open up its economy to foreign investors, as it aims to further facilitate investment and spur growth despite disruptions from the COVID-19 pandemic and mounting international uncertainties, officials and experts said on Tuesday.

Meng Wei, a spokeswoman for the National Development and Reform Commission, said the country will unveil a new negative list for market access to Hainan Free Trade Port by the end of this year, allowing foreign investors to have wider access in a number of key areas.

Meng said at a news conference that the upcoming negative list is part of the country's larger drive to build Hainan into a free trade port with a higher level of openness and attract more foreign investment.

"It's sending very clear signals of an unswerving push for further opening-up and facilitating free trade and investment," said Cui Weijie, director of the Chinese Academy of International Trade and Economic Cooperation's Institute of Industry Development and Strategy.

Cui cited the master plan for the construction of the Hainan Free Trade Port released in June, which said its negative list will dramatically reduce the number of prohibited and restricted items.

"It means the country will open more industries to foreign investors, which will significantly stimulate foreign trade and investment growth and help build an economy with a new level of openness in the future."

Data released by the Ministry of Commerce showed China's actual use of foreign capital rose in the first three quarters of the year, both in yuan and dollar terms. In dollar terms it increased by 2.5 percent year-on-year to $103.26 billion.

"A number of major foreign projects have been implemented in an orderly manner this year," said Meng, adding that "their progress fully demonstrates foreign companies' confidence in China's development".

As most nations still struggle with the COVID-19 pandemic, China has reported robust economic growth. The Chinese economy grew 0.7 percent year-on-year in the first three quarters, turning positive after a 1.6 percent slide in the first half, according to the National Bureau of Statistics.

"China's fast economic rebound signals the ample room for growth in the future as well as the strong resilience of the economy," said Cui from the Chinese Academy of International Trade and Economic Cooperation. "International investors would like to choose investing in China to avoid risks and seek growth."

"In the next step, the government needs to continue to carry out bolder reforms in key areas such as the trade and financial sectors," Cui said.

"While we now focus on introducing large foreign manufacturing projects, more efforts should be made to attract small and medium-sized foreign firms investing in new forms of business."

The World Bank's Doing Business 2020 report showed China was among the top 10 nations that saw a considerable improvement in their business environment for two years in a row. On a yearly basis, China moved up 15 places from its 2019 ranking to 31st place this year among the 190 economies mentioned in the report.

Cui Fan, an international trade and economics professor at the University of International Business and Economics in Beijing, said that the 2020 edition of the shortened negative lists and a series of government measures to deepen supply-side reforms showed that China has been actively building a unified, fair and efficient market.

"Considering China's effective measures to control the pandemic and resume work and production, those measures will ensure the economy performs well in the coming months, attracting more foreign investors to the country," Cui said.