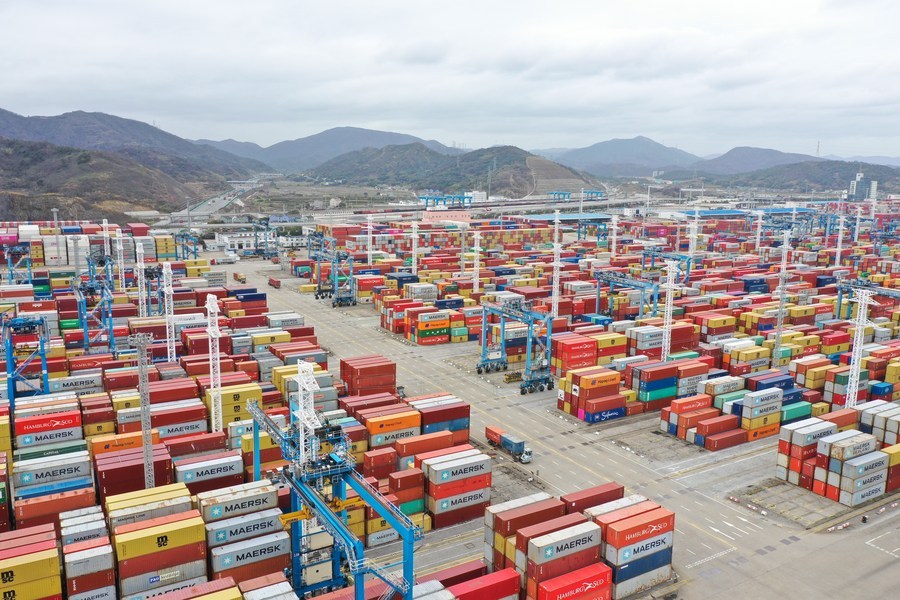 China will keep opening up and improving its business environment, to further optimize the structure and quality of foreign investment and maintain the overall scale of foreign investment this year, despite added uncertainties due to COVID-19 and the delicate global situation, the Ministry of Commerce said on Thursday.

Gao Feng, a spokesman at the ministry, said at a news briefing in Beijing that there would be some pressure in attracting foreign capital this year, despite the steady growth in foreign investment during the first three months of the year.

"The ongoing pandemic is severe and the international environment is complex, (global) cross-border investment continues to be sluggish, cross-border personnel flow is not smooth and investment promotion activities are disrupted, posing new uncertainties," Gao said.

During the first quarter of this year, China's actual use of foreign investment stood at 302.47 billion yuan ($46.7 billion), up 39.9 percent on a yearly basis.

In dollar terms, China's actual use of foreign capital for the period stood at $44.86 billion, up 43.8 percent on a yearly basis.

Moreover, 10,263 enterprises that attracted foreign investment were established during the period, up 47.8 percent on a yearly basis. The figure was 6.7 percent higher than the same period in 2019.

The low comparison base of last year was responsible for the higher foreign investment growth rate in the first quarter. That said, the real driving forces for the increased capital flows are the steady recovery of the Chinese economy, optimistic market prospects and the continuous improvement in the overall business environment, said Gao.

"The confidence of foreign investors has increased, and investment expectations have stabilized with an upward momentum," he said.

According to a recent survey conducted by the ministry, 96.4 percent of the more than 3,200 foreign-invested companies had a positive attitude toward future business prospects in the country, up 2.1 percentage points from the beginning of this year, Gao said.

He said the large growth seen in overseas capital flows to western China during the first quarter is an indication of the strengthened confidence of foreign investors in the region.

Western China registered a year-on-year growth of 91 percent in the actual use of foreign investment in the first quarter. The figures for East China and Central China were 38.2 percent and 36.8 percent, respectively, according to the ministry.

Gao said western China's increasing attractiveness to foreign investors was largely due to the impact of new government policies, especially the new industry catalog, released at the end of last year, which encourages foreign investment.

Under the new catalog, foreign-invested enterprises in the region that meet certain qualifications can enjoy income tax rebates, tariff exemptions on equipment imports for own use, and preferential land supplies, said Gao.

Cui Fan, an international trade and economics professor at the University of International Business and Economics in Beijing, said China has demonstrated strong economic resilience during the pandemic. Its future growth potential, together with the continuous rollout of policy measures facilitating investment and enhancing the business environment, make it an attractive destination for foreign investment.