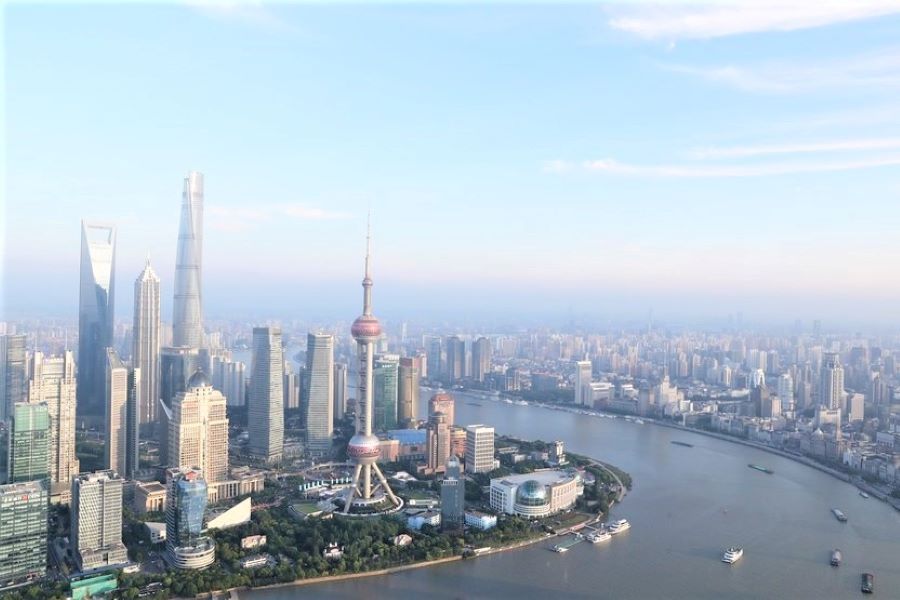 China will play a key role in supporting global economic recovery this year, economists said, since the country's economic rebound is set to continue, which will help stabilize international supply chains.

China's growth can make a difference for the global economy, and the country's contribution to global growth remains significant, given the sheer size of its economy and the steady recovery of its domestic demand and investment, they said.

Economists forecast that China is likely to be the only major economy to see growth this year, while others will likely experience deep contractions given that the COVID-19 pandemic has severely disrupted global business activities.

The World Bank projected in a report released on Tuesday that GDP in the advanced economies may shrink 7 percent this year, whereas China's full-year GDP is projected to grow 1.6 percent this year and further rebound by 7.9 percent next year.

Some business operators and economists have voiced concern that China's role as the world's growth engine may not be as strong as it was during the 2008 global financial crisis, when its soaring demand for raw materials and other goods substantially propelled global growth and helped some countries avoid a serious economic recession.

"The shocks generated by the COVID-19 pandemic on global demand and supply are much greater than those of the financial crisis in 2008. It is unrealistic to count on China as the sole economic driver to lift global growth into positive territory this year," said Xu Gao, chief economist at Chinese investment bank BOC International.

However, Xu said, "Most of the global growth will still come from China, and the country may play an even stronger role this time, as it is projected to be the only major economy to see growth this year. China's contribution to the global economy remains significant, as its economic scale and volume are much larger than that during the 2008 global financial crisis."

China's stronger-than-expected growth in the second quarter has prompted economists to upgrade their growth forecast for China. Some projected that the country's GDP growth could return to around 6 percent on a yearly basis by the fourth quarter. If the pandemic does not worsen, China's full-year growth rate could exceed 3 percent, they said.

"China remains a key global growth stabilizer this year. Its second-quarter growth rebounded much faster than expected, led by production and construction, the highest across the globe," said Robin Xing, chief China economist at US investment bank Morgan Stanley.

The country's private consumption, which has lagged behind the recovery of industrial production and construction, is expected to fully normalize in the second half of the year and will likely be a key growth driver next year, according to Xing.

The scale and mix of China's growth this time is different from that during the economic cycle in 2008, when China rolled out a massive fixed-asset investment stimulus package to shore up the economy, Xing said.

A large portion of the stimulus package this time focuses on tax and fee reductions for companies. The emphasis on investment in new types of infrastructure, which are largely technology-related projects, means China will likely import more digital equipment and components, benefiting international technology suppliers instead of raw material exporters, he said.

The country's top leadership has recently promoted the idea of a dual-cycle development pattern to drive China's growth. This means the country's growth will rely on both domestic and international economic cycles, with the domestic cycle being the mainstay.

President Xi Jinping said during a symposium with the country's entrepreneurs last week that focusing on the domestic economic cycle does not mean China will shut its door. Xi said the country will further unleash the potential of its domestic demand, improve connectivity between the domestic and international markets, and better use resources of the two markets to propel robust and sustainable development.

Economists said emphasis on the domestic economic cycle does not mean China is becoming more inward-looking. Instead, the country will accelerate the opening-up process, as this will help the country to better deal with external challenges and further integrate with the global economy.

"Opening up will increasingly serve China's massive domestic market as we see accelerated government initiatives such as the construction of a duty-free island in Hainan province. This, combined with wider market access and equal treatment for foreign entities, will attract more multinational corporations to adopt an 'in China, for China' strategy, and thus preserve international supply chains," said Xing of Morgan Stanley.

Julien Hueber, executive vice-president of the industry solutions and project business group at Nexans, a French cable manufacturer for power and data transmission, said China will remain a competitive supply chain choice for foreign enterprises, since it has a broad spectrum of strong upstream suppliers and downstream clients.

"Nexans' production and operation in China has returned to normal. We will continue to increase investment in the country, as well as introduce advanced production lines and integrate and reorganize advantageous assets and technologies to enhance our supply chain's industrial value," Hueber said.