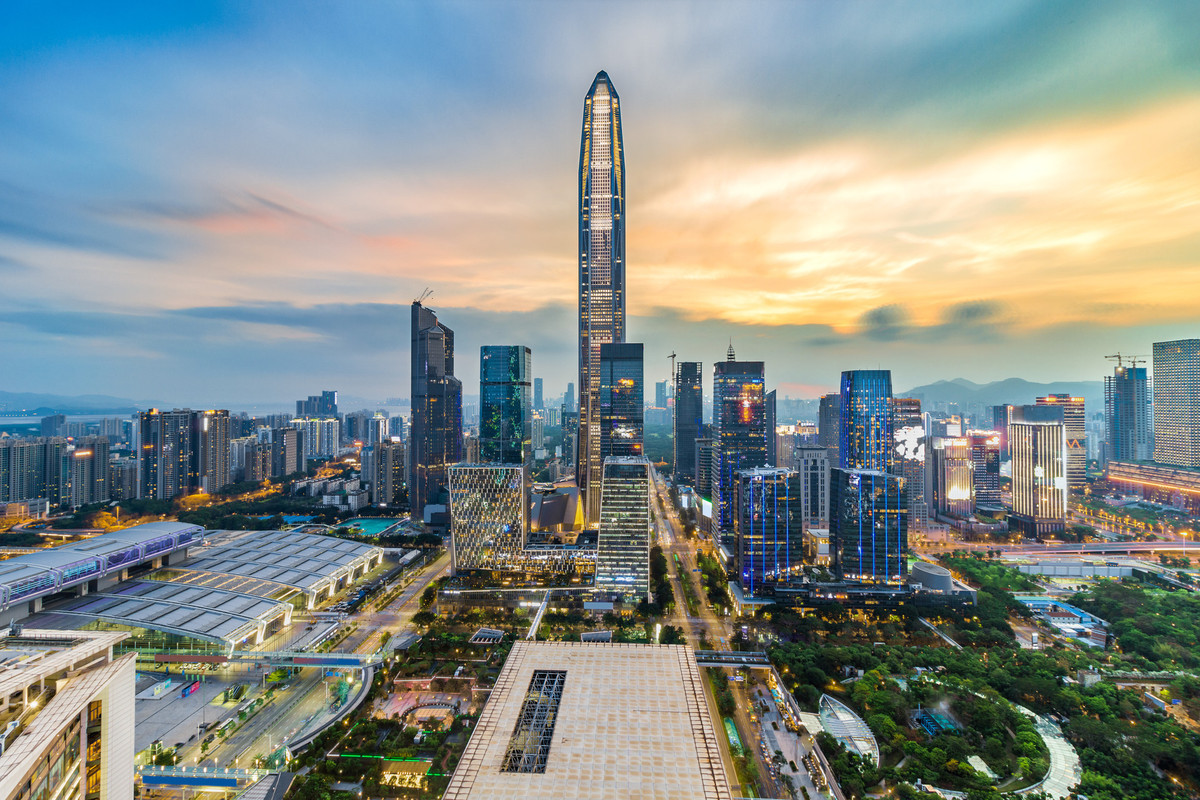 China has set an annual economic growth target of more than 6 percent for this year after its GDP last year exceeded 100 trillion yuan ($15.23 trillion), a year-on-year rise of 2.3 percent.

The country was the only major economy to register positive economic growth in 2020, and with its share of global GDP expected to be more than 17 percent, it is taking the lead in the global recovery from the COVID-19 pandemic.

As China bounces back with vigorous and resilient growth, provinces, regions and municipalities across the country have made substantial strides in their economic and social performance, according to national and local statistics authorities.

The Tibet autonomous region overshadowed many other areas last year, with its GDP rising by 7.8 percent.

In addition, another six cities reported GDP of more than 1 trillion yuan－a benchmark of economic prowess－taking the total number of such cities in the country to 23.

In the infographics on Page 2, China Daily explains key social and economic development indicators in the country's provinces, regions and municipalities over the past year. 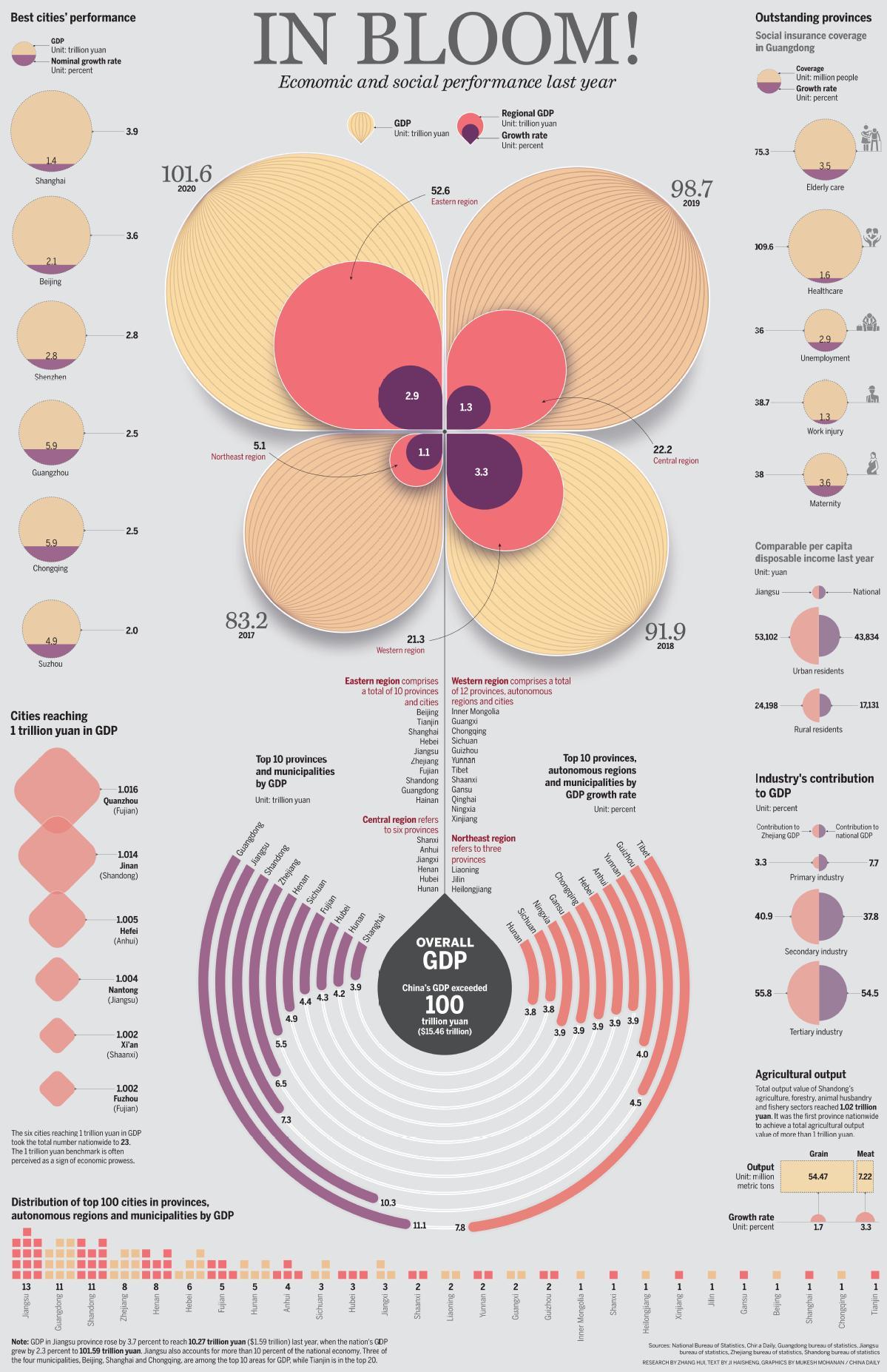