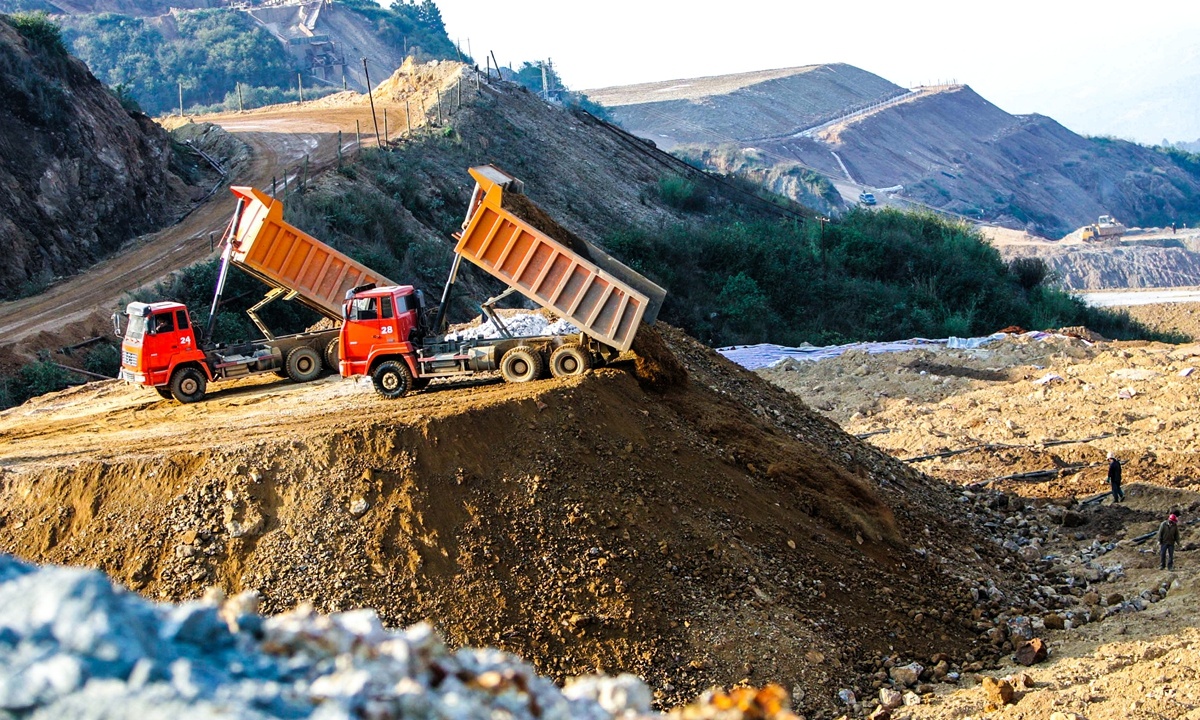 China has moved to further heighten regulation of rare earths production in a new guideline, a move that aims to develop and conserve these resources to meet rising domestic demand and protect the strategic resource amid an intensifying global competition, analysts told the Global Times on Sunday.

Through satellite monitoring, the illegal occupation and destruction of cultivated land, and illegal mining in the Yangtze River and Yellow River coastal counties, should be detected in a timely manner and penalized, according to a recent notice issued by the Ministry of Natural Resources.

"Such regulations have been around for years, and our nation has realized the importance of environmental protection while developing the rare-earth industry, but at the level of implementation, there are still some shortfalls," said Zhou Shijian, a former vice president of the China Chamber of Commerce of Metals, Minerals & Chemicals Importers and Exporters.

The latest guideline signals that the Chinese government has made it clear that on the prerequisite of environmental protection, the nation will keep rare earths under tight rein by cracking down private firms' illegal mining and smuggling to other countries, especially amid geopolitical uncertainties, Zhou told the Global Times on Sunday.

Rare earths - which are dubbed "industrial gold" - are a group of 17 chemical elements used in everything from high-tech consumer electronics to military equipment.

China leads the world's rare-earth sector in terms of production and refining technologies.

According to the US Geological Survey, China accounted for 58 percent of rare-earth production worldwide in 2020, down from around 90 percent some four years ago, as the US and Australia gradually boosted production.

The so-called Quad nations, composed of the US, Japan, Australia and India, plan to cooperate in funding new production technologies and development projects for rare earths, as well as lead the way in drafting international rules, the Nikkei Asian Review reported earlier in March.

However, it is nearly impossible to shake off their reliance on China's supply chain in a short period. In the next 10 years, China will remain as an important supplier of these resources, industry observers told the Global Times.

"We need to keep a tighter grasp on this strategic resource - not only because it is a trump card that we can firmly hold and choose to play when necessary - but also because demand for these resources will catch up quickly domestically," said Zhou.

As China's investment and development of such advanced technologies as the semiconductor sector moves ahead, demand for rare earths will surge accordingly, Zhou noted, adding that China will become a big consumer of rare earths within a few years, following the US and Japan.

Data from the General Administration of Customs showed that in 2020, China's total exports of rare earths reached 35,447.5 tons, down by 23.5 percent year-on-year and the lowest figure in the past five years.