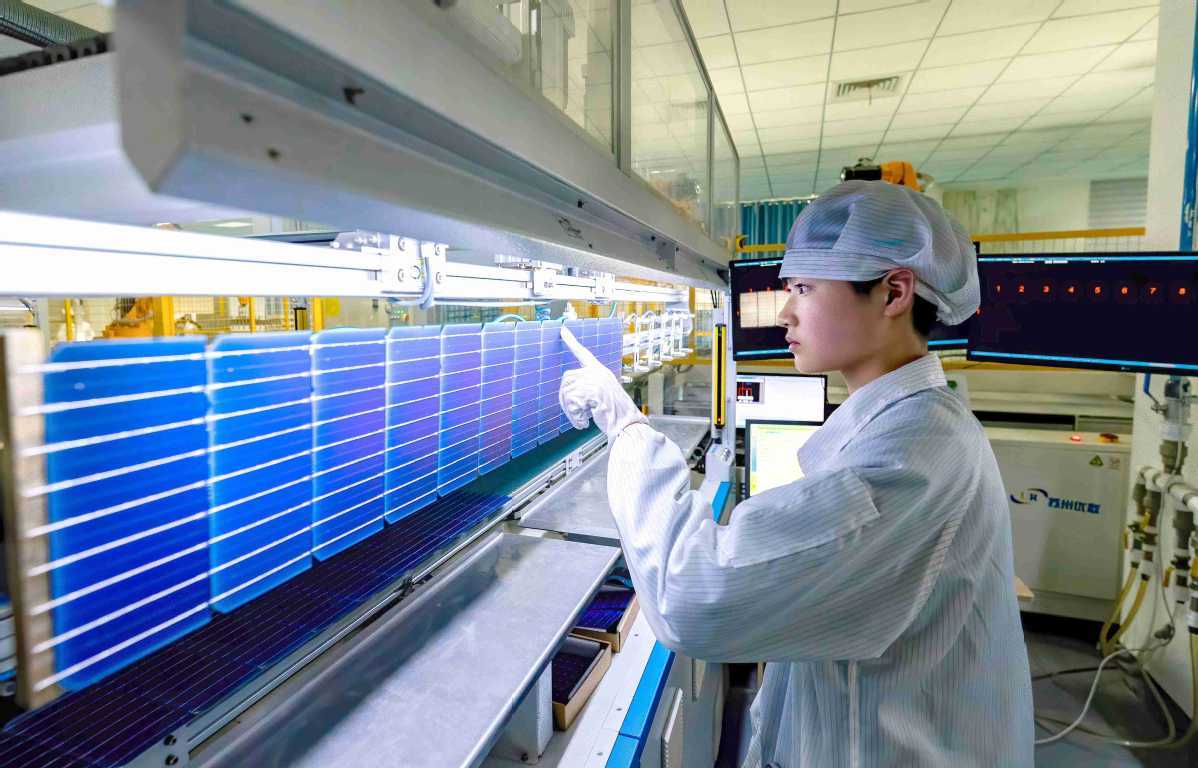 China will promote the use of renewable energy nationwide on a large scale and ensure that clean energy accounts for a large proportion of the overall energy mix in a market-oriented way at lower costs, said an official with the National Energy Administration.

The NEA has already started working on the renewable energy development plans for the 14th Five-Year Plan period (2021-25) and is considering a more active development strategy to ensure that renewables account for a larger proportion of the overall energy mix, Ren Yuzhi, deputy director of the new energy and renewables division at the administration, said during the 6th China Energy Development and Innovation Forum on Tuesday.

The government will step up technological innovation and reinforce the core competitiveness of the renewable energy industry, as well as equipment manufacturing, he said.

Experts said China's efforts to curtail carbon emissions by 2030 and the goal of achieving carbon neutrality by 2060 can be achieved only through the large-scale development and utilization of renewable energy and a clean, low-carbon energy system.

"Without doubt, it is encouraging to see the political leeway and officials' desire to overshoot the government's announced targets in December 2020," said Luan Dong, a China renewables analyst at Bloomberg New Energy Finance.

"A clear message coming out of the China Energy Development and Innovation Forum is that renewables are major strategic industries and a key source of technology innovation and national core competitiveness. It is also important for officials to understand that increased use of renewables is possible only through the joint efforts of the renewables, energy, technology and industrial sectors," he said.

According to Luan, the traditional targets on capacity, hardware and technology innovation may not be enough to create a high-penetration renewables system.

"At some point, regulatory changes are necessary for new business models. For example, smart energy system that comprises multiple energy sources and services are not new ideas and are technically viable. It is the lack of revenue models, with some slowed by the varied needs of each customer with others hampered by regulations, that has prevented success so far."

Many energy companies in China are also stepping up efforts to increase the share of renewable energy in preparation for the transition, by including low-carbon strategies in their 14th Five-Year Plan.

China National Offshore Oil Corp, one of the country's three major oil and gas companies, will increase the share of clean energy in its output during the next five years. It will lift the natural gas production to around 35 percent by 2025, which will account for more than 20 percent of the domestic market share.

Natural gas will be a major "transitional energy" to achieve the government's carbon neutrality target, and CNOOC will further enforce the company's supply capacity of natural gas during the 14th Five-Year Plan period to ensure that low carbon energy accounts for more than 60 percent of the company's total energy production.

According to Ren, the government will also continuously expand the application and new business models of renewable energy, including off-grid new energy generation and the new energy microgrids.