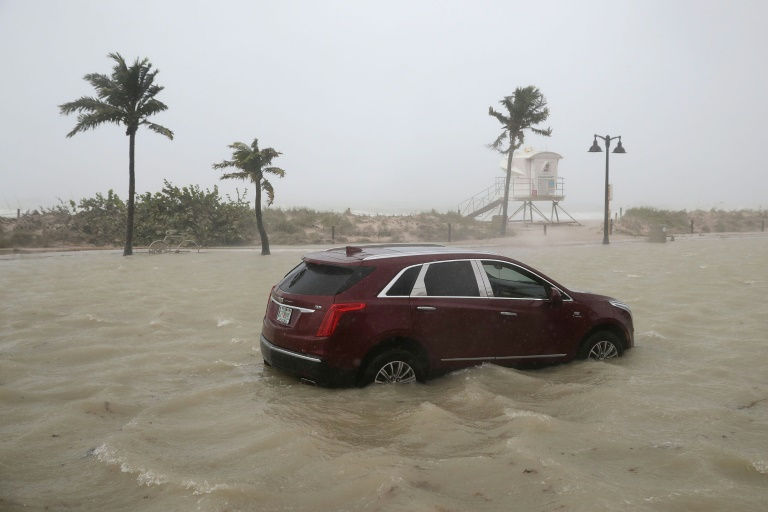 The cost of natural diasters hit a record $144 billion (117 billion euros) last year, a study from one of the world's top reinsurance firms, Swiss Re, said Tuesday.

A full $92 billion of those losses were caused by three hurricanes -- Harvey, Irma and Maria -- that battered the United States and the Caribbean, the report said.

The company's chief for catastrophes, Martin Bertogg, warned that insurers need to be prepared for more years that see multiple, severe hurricanes.

"This is important from a risk management perspective, as it will help insurers -– and, ultimately society –- be better prepared for similar magnitude events in the future," Bertogg said in a statement.

Swiss Re also described 2017 as "a record year for wildfires", with such blazes resulting in $14 billion worth of insurance losses, also a record.

Overall, natural and man-made disasters triggered $337 billion in economic losses last year, double the 2016 mark, according to Swiss Re.

Experts say that the impact of weather disasters like hurricanes, storm surges, heatwaves and extreme rainfall is worsening, consistent with predictions about climate change.