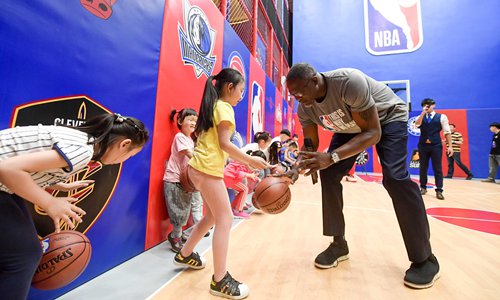 "NBA China will continue to provide an active and healthy lifestyle to basketball fans in Beijing and Tianjin alongside Hongkun Group, the Tianjin government and the Wuqing district government," Shoemaker said during the ceremony.

Meanwhile, Chang hailed the event as a milestone in the game's development in China.

"The opening of the NBA Center marks another key milestone in the NBA's efforts to bring the game of basketball to fans in China through unique experiences and interactive destinations," he said.

"We're excited to join the NBA in building this unique, family-friendly destination that caters to basketball fans. We can't wait to share the excitement of the game with individuals and families who desire a healthy and aspirational lifestyle," Yuan said. 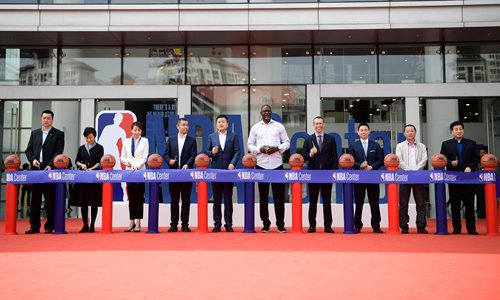 Officials of NBA China, officials of Hongkun Group and Hall of Famer Dominique Wilkins at the opening ceremony of the NBA Center in Tianjin

The opening ceremony was followed by a series of activities, including a coaching session with Wilkins in the NBA Playzone and a slam dunk contest at the NBA Hoops basketball courts.