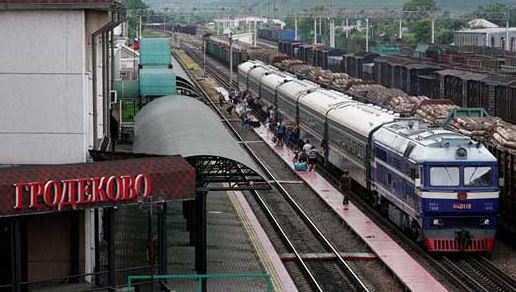 HARBIN, July 26 (Xinhua) -- The railway port of Suifenhe, a city along China's border with Russia in the northeastern province of Heilongjiang, saw import and export cargo of about 5.86 million tons in the first half of the year, up 9.1 percent from the previous year.

Among the imported cargo through the port, the volume of coal soared by 109.9 percent year on year to 1.89 million tons in the first six months, according to the Suifenhe Railway Station Friday.

Suifenhe Railway Station has improved its clearance efficiency to boost trade with Russia this year.

As Heilongjiang's major port to Russia, Suifenhe has both railways and highways leading to Russia. Official data showed that the port handled 1.11 million passengers and 10.52 million tonnes of cargo in 2018.